12 herbs and spices make an appearance in over 800 recipes on my website. Nothing fancy. I’m totally predictable and thoroughly boring! But with a little mix ‘n match, you can have Greek tonight, Mexican tomorrow, Middle Eastern the night after followed by Indian or any number of my every day midweek meals!

How many of these are already in your pantry??

A few weeks ago I shared a little impromptu video on Instagram calling for help because someone removed one spice jar from my alphabetically organised wall of spices, I couldn’t figure out what it was and it was driving me crazy.

Other than the answer (share your answer in the comments below!!) the other takeaway was that people were curious what are the spices I use the most? So here I am today with my 12-most-used-spices list that are used in over 800 recipes on this website!

Just before I get to The RecipeTin Spice List, I just want to note that I have an unusually broad range of herbs and spices in my pantry. I feel given what I do, it’s justified – or at least, that’s what I tell myself!

But there’s a clear list of 12 herbs and spices that make an appearance over and over again in my recipes. So while I’ve always had a view that people should build their spice collection naturally based on recipes they choose to make rather than take a list from someone who hoards Vegemite Shapes like they’re going to be discontinued (*her heart thuds in fear at the thought*), I thought you might find my essential Spice List handy if you’re a bit of a regular user of my recipes.

But just to reiterate – I think you’re going to be sorely disappointed with how pedestrian this list is. Nothing trendy or cool or gourmet here. 😂

Here are the 12 herbs and spices that make an appearance in over 800 recipes on this website and the most used spices in my cookbook:

What I use them for

And there you have it. My 12 most-used spices.

You are now armed and ready to make over 800 recipes on this website that feature the above spices! You will be amazed what a difference having a well-stocked spice cupboard makes to the ease of choice when it comes to cooking with what you have.

And don’t forget – drop in your guess for the Mystery of the Missing Spice! Can you resist the temptation to read other peoples’ answers before you share your own? NO WAY could I resist. It’s like being the answers to an exam sitting there right in front of you. If you possess the willpower not to look, you are a better person than me. 😂 – Nagi x

Sat Sep 10 , 2022
By:Nagi Published:7 Sep ’22Updated:8 Sep ’22 This is the fried rice version of traditional Vietnamese red rice, a plain tomato rice made by steaming in a pot. I added ham, peas and egg to turn it into a quick and easy meal. Frying up the tomato rice with garlic adds […] 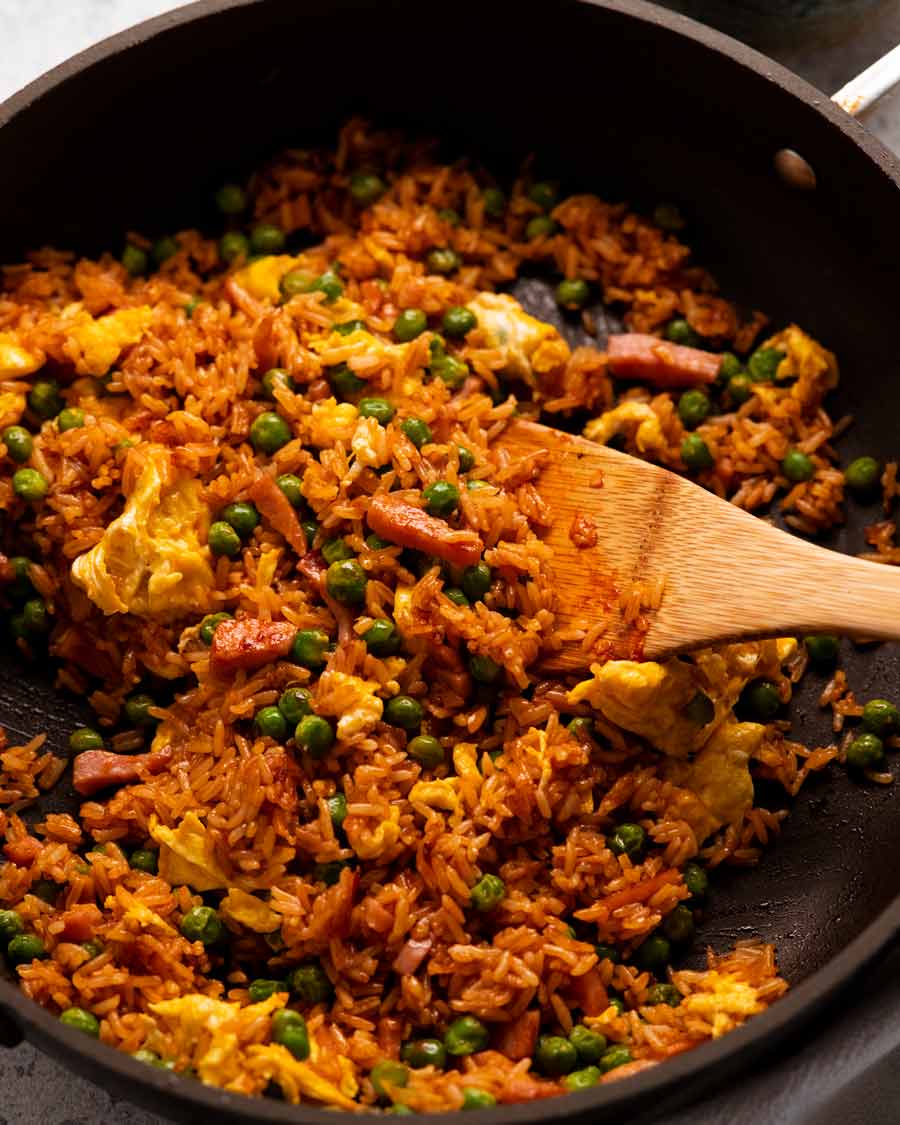