Before Abe, Gus and Rudy Penas’ beloved mother died of complications due to diabetes and kidney failure, she made her sons promise her that they would lead healthier lives.

Nearly five years later, all three brothers have each lost at least 100 pounds and started their own business delivering healthy food to people in their hometown of Houston.

“That really opened my eyes, that I needed to get it together,” Abe Pena, 35, the oldest brother, told “Good Morning America” of his mother’s death. “She always told me to take care of myself and I couldn’t let her down.”

Abe Pena took the lead of caring for his brothers, who were in their early 20s and late teens when their mom died. Their father had left the family a few years earlier, so the brothers were on their own after their mother’s death when it came to taking care of themselves financially as well as physically and emotionally.

“We lost our family house about a year after our mom died,” he said. “We slept on friends’ couches and in our car until we could get back on our feet again.”

The brothers were helped by a complete stranger who heard about their situation and gave them $4,000 to put toward a house.

From there, they each worked through the depression and shock of losing their mom to start to fulfill the promises they’d made to her.

“My mom was in her early 50s when she passed away, and I thought I didn’t want to be in my mom’s predicament,” said Gus Pena. “If I have kids, I want to see them grow. I want to know my grandchildren. I want to live life to the fullest.”

The brothers motivated each other to exercise and to eat healthy, along with supporting Abe Pena’s dream to open a healthy food delivery business, an idea he first put in action when he started cooking healthier meals for their ailing mother.

“She gave me a list of what she was supposed to eat and I would cook for her and try to make her healthy foods taste better,” said Abe Pena. “I started reading labels and getting into macronutrition and then I started meal prepping.”

He started a business, Abe’s Fitty Foods, that offers homemade, pre-packaged meals. As he and his brothers continued to lose weight, they also continued to grow the business, which their mom encouraged before her death.

“She told me, ‘Don’t give up. Keep at it in life. Take care of your brothers for me. Your idea of Abe’s Fitty Foods is going somewhere,'” recalled Abe Pena. “She made me promise, and I did.”

Rudy Pena, 24, the youngest brother, said his memory of his mom always encouraging him is what continues to push him to be his best today. He went from around 320 pounds at the time of her death to 215 pounds today.

The pandemic food fascination that won't go away

Sun Sep 20 , 2020
Pictures of sourdough bread seem like a healthy denial of helplessness. (Stephen Osman / Los Angeles Times) I am not someone who cares about food. But since the COVID-19 pandemic began, I have become transfixed by Instagram accounts about food, by recipes, by cooking impresarios. One of the strangest elements […] 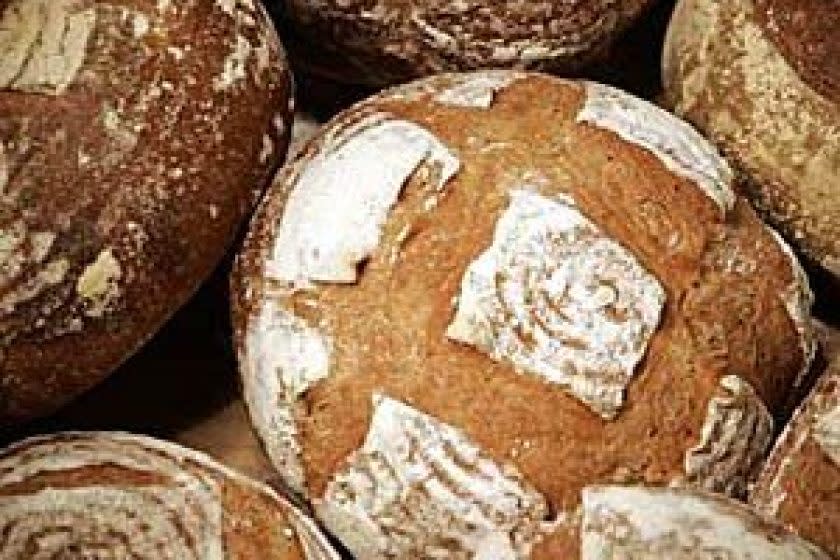