I grew up in Road Number Two in Newtown, Burnpur, West Bengal: a township known for its steel plant. Across India, all steel plant kids will have the same stories about the communities in which they grew up: communities known for their diversity and multiculturalism.

Our neighbours on our street came from all over: one from Bengal, one from Allahabad, one from Chhapra in Bihar, one from near Patna in Bihar. It meant that I was exposed to many different cultures, religions and languages from a very young age.

At one point in my childhood, I could speak Hindi, Punjabi, Bengali, Gujarati, Urdu and English fluently, and was even learning Sanskrit as my third language.

Languages were one of the things that brought the community together – another was food. From young childhood through to school and college, we all loved sharing food and eating communally from the same plate, without even thinking about the fact that we were all from different religions and different backgrounds. Even now, when I see these friends who were also brought up in Burnpur, we still share the food that created that bond 45 years ago.

Mealtimes and celebrations with my dad’s friends and colleagues from the steel plant were accompanied by ceremonies and cultural rituals from all over India. As the plant is so close to the Bihar state border, Bihari cuisine was a common feature of social gatherings.

It’s a cuisine I have never spoken much about – but one that I should have done, as it played a huge role in my younger years, teaching me about the magic of spices and how the same spices used differently can transform the taste, smell and look of a dish.

You may have read of the recent passing of Bollywood actor Sushant Singh Rajput. I met him only once, but his presence was unlike many other actors I have met. The man was charming, bright, very curious – and with a beautiful and genuine smile.

Rajput hailed from the Purnia district of Bihar, the food of which was often cooked by my neighbours when I was young. Since his death, there has been a great deal of speculation and rumours of nepotism and favouritism in the Bollywood film industry – something that I also realised when moving to the UK, where I had to work hard to achieve everything that I have.

He was one of those people with whom it was so easy to forge a true connection after just a short period of time: a man who showed me that success doesn’t need to come with a massive ego attached. I was mesmerised by how humble he was, with his promises to come to the UK and eat my food – and for this reason, I want to remember him through the food of his homeland.

His passing has made me reflect on how food connects us all. And the food of Bihar demonstrates this perfectly. The state is bounded by Uttar Pradesh to the west, Nepal to the north and West Bengal to the northeast, meaning that its food is a huge melting pot of influences from across India and beyond.

When my dad’s colleagues or my next-door neighbours went to visit Bihar, I would always thrust into their hands a long list of delicacies that I wanted them to bring back for me to try. Bihari cuisine isn’t often spoken of in the western world, but with regional Indian food becoming more and more widely spoken about, now feels like a good time to give an introduction to what the region’s cuisine is all about.

Most Bihari dishes begin with the process of chaunk: the tempering of spices in oil or ghee to release more of their flavours. You’ll find turmeric in the majority of Bihari dishes, and while garam masala is used, it is less common than in other parts of India.

By far the best known Bihari food is litti chokha. These dough balls are made with whole wheat flour and stuffed with a combination of gram flour, pulses, herbs and spices, before being cooked in ghee. Traditionally baked over a cow-dung fire, they are served with choka – spicy mashed aubergine or potatoes.

But there’s much more to Bihari food. Mine and my mum’s favourite was sattu paratha – herby stuffed flatbreads. She used to make them for me and all my friends, and here is a recipe.

300g chapatti flour (if you don’t have any, use 150g wholemeal and 150g plain), plus extra, to dust
Half a tsp salt
2 tsp sunflower oil
100ml water (you may need less or more depending on the type of flour you use)

Tip: my mum would add 1 heaped teaspoon of mango achaar masala – do add it if you can get hold of it.

Add the flour and salt to a deep bowl. Start slowly adding the water, mixing with your hands as you add, until it comes together into a dough. Knead for around 5 minutes (or a little longer if you can) until smooth. Apply oil, and set aside at room temperature for 15 minutes.

In another bowl, combine all of the ingredients for the filling and put aside.

Divide the dough into four equal balls. On a lightly floured surface, roll each ball into a disc around 2mm thick and place a quarter of the filling in a ball in the centre. Once done, bring the edges of the dough into the centre and then pinch to seal well like a pouch, so the filling doesn’t escape. Gently flatten the pouch with your hands, before sprinkling with more flour and rolling again carefully to make a filled flatbread. Repeat with the rest of the dough balls.

Heat a non-stick pan over a medium heat, and dry-fry each side of the parathas until small blisters are formed on each side. Once this has happened, brush oil onto both sides, and fry on each side until cooked and crispy. Serve with pickle, chutney or dahi (plain yoghurt).

The sattu drink that is popular in Bihar is an acquired taste for some, but I love it. Made with roasted gram flour, roasted crushed cumin seeds, water and rock salt, it is a filling, savoury drink that is surprisingly refreshing in the warmer weather.

When it comes to savoury dishes, I guarantee that the Bihari mutton curry will be better than so many other curries you have tasted. Cooked in mustard oil and ghee, it’s incredibly rich and delectable.

I also love the Bihari kebab, which is often made with beef (Bihar is one of the few states where beef is not restricted for religious reasons). These kebabs are marinated in spices and roasted over charcoal, and served with onion rings, chillies and lemon.

Bihar is also known for its sweets, often associated with festivals and other celebrations. My next-door bhabi used to make thekua for us – deep-fried confections made with wholemeal flour and jaggery – when we asked, but they are normally reserved for the Chhath Puja festival. I also loved gaja, which are made with flour and ghee, then deep-fried in oil and dipped in sugar syrup, as well as til ladhu. These are mostly made in the wintertime as til – sesame seeds – have warming properties. These sweet balls, infused with cardamom, are specially made during the Hindu festival of Makar Sanskranti in January.

Malpua – pancakes which are normally deserved as a dessert or a snack – are popular across India, but in Bihar, they’re slightly different. The batter is made with wheat flour, mashed bananas, crushed fennel and milk, before being deep-fried then soaked in a sugar syrup infused with crushed green cardamom seeds.

Probably one of the most common Bihari sweet dishes (and my guilty pleasure!) is balushahi. In terms of ingredients, they can best be compared with doughnuts, but they are crisp on the outside and soft and flaky in the middle.

This is by no means an exhaustive list of traditional Bihari recipes – simply those that I remember from my childhood. They all evoke so many memories: my next-door bhabi making litti chokha for us, my mum making sattu parathas for her in return.

And if you get a chance to visit Bihar, then do: I have some incredible memories of everything from the sacred awe of Patna Gurudawara, birthplace of Guru Gobind Singh Ji, to Bodh Gaya, where Buddha attained enlightenment beneath a sacred Bodhi tree

For me, Bihari cuisine takes me back to my childhood and conjures up many happy memories of growing up. But for others, it’s worth exploring the cuisine of this multicultural state as a way of discovering just how varied Indian regional cuisine can be.

Romy Gill is a chef and food writer. Her debut book ‘Zaika’ is available to buy now. Follow her @Romygill

Romy Gill: ‘Why you shouldn’t always chase the never-ending rainbow’

How to make Romy Gill’s watermelon salad and spicy cocktail

How to make Romy Gill’s pakoras

Sat Aug 1 , 2020
As the upheaval of June receded day-by-day into the past, one word repeatedly popped into my head to taunt me: normal. Epicurious stepped away from publishing for most of June; in July, would we publish again like normal? Would we return to publishing on a daily cadence, go back to […] 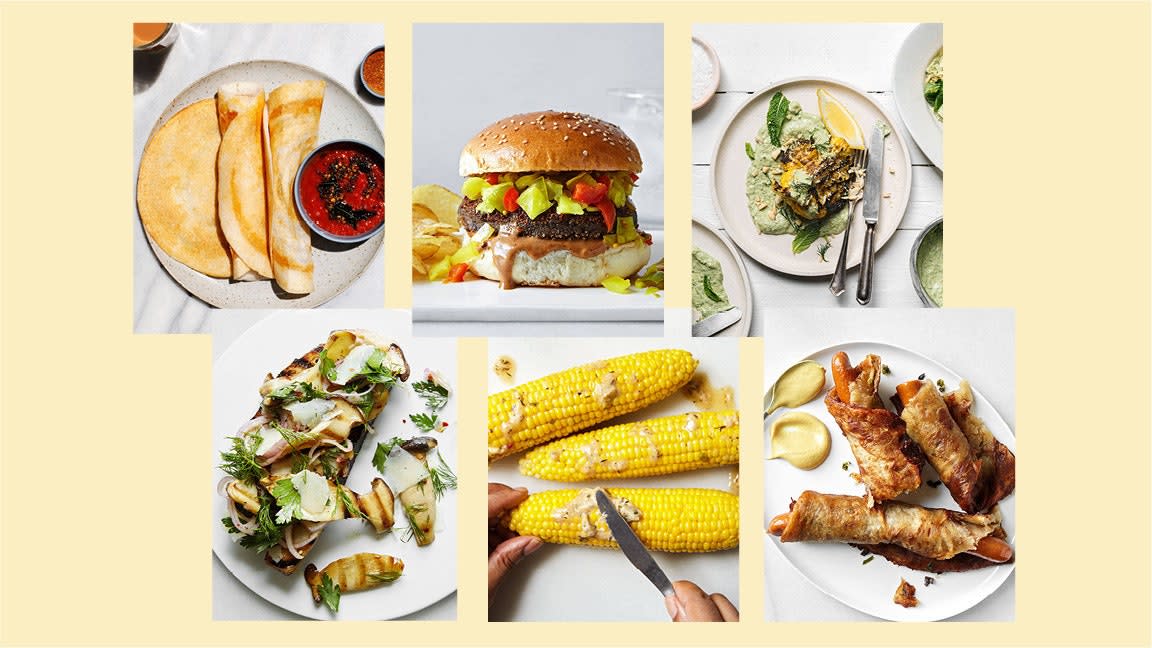