If you’re thinking about making the switch to a vegan diet for health reasons, the first question that might be going through your head is: Will going vegan actually make me healthier? (Short answer: YES, as long as you eat a diet of mostly whole foods.)

The second question, on its heels, is likely to be: How long does it take to see the health benefits or feel results? (It happens fast: The benefits to your body, your energy and your “debloating” from inflammation can kick in almost immediately. It’s possible to measure the difference in your cholesterol blood test in as little as three weeks.)

And the third question is likely to be: How long do I have to stick with it? This answer is complicated since the answer depends on why you are doing it. If you’re like us you start out for health reasons, then add environmental concerns (you lower your impact on climate change by skipping meat and dairy) and then you learn about the animal treatment and well, basically the game is up. But we will get to that.

Vegans Are Healthier, As Are Plant-Based Eaters, If You Stick to a Diet of Whole Foods

The latest studies show that a whole-food, plant-based diet lowers your risk of heart disease, type 2 diabetes, obesity, high blood pressure and breast cancer. The trick is eating a high fiber diet, one full of vegetables, fruit, whole grains and nuts and seeds. That means technically you could be a “junk food vegan” but if you stay away from the processed stuff (chips and packaged sweets) you can indeed boost your health outcome.

The most impressive thing about a whole-food vegan or plant-based diet is that adding more vegetables and fruits to your plate has dramatic health benefits and lowers risk of premature death from all major causes, a new review of the scientific research found.

But here is the clincher question: How long do you need to stay vegan for best results?

This is, for some people, a pressing question at the outset of their vegan or plant-based journey. They can’t envision giving up meat forever or never having another egg. Nor can they think of a future without pizza with real cheese. Yet for those who have made the switch, it is easier than you could imagine. Now there are nut-based cheeses, meatless meats, and eggs that perfectly mimick the texture and taste of an omelet. Still, for anyone contemplating the switch, the 64,000 question is this: How long do I need to keep eating a diet of plant-based whole foods for, to reap the benefits?

The answer is as old as time: You need to know your “Why?” When you run a marathon is it for the medal, the lifelong knowledge you did it, or because you want to be a runner for your heart’s cardiovascular health? Or did you just want to spend time away from the kids and need an unimpeachable excuse?

The same is true of eating vegan. If you are doing it for the sake of your health, it’s a little like quitting smoking. The benefits kick in almost immediately, but so do the harmful aspects if you return to the sticks. And if you’re going vegan to save animals from a life of misery and slaughter, it’s a pretty simple equation. If you don’t want to harm a big, the decision to give up bacon is binary.

The same is true if you want to help lower your impact on the planet– no amount of polar ice melting into the Arctic Sea is okay. It is a one-way street and you are trying to halt or slow the damage, which appears to be cumulative, as the earth heats up every year, according to the scientists. Animal agriculture contributes to the highest levels of greenhouse gases of any of our human behavior, according to scientists. Even giving up just one meal a day of animal products and going plant-based for one-third of your day is enough to save the same fossil fuels as driving from NY to LA. Do it twice a day and you could drive back, without adding to your carbon footprint.

But if your hope is to be healthy, live longer, have more energy, boost your immune system, and even lose some weight, then going plant-based is a lifestyle choice. It’s not a diet in the sense that you try it and then revert to your old way of eating. This is not to imply that you must never let dairy touch your lips again, either. There is a balancve and no lesser light that T. Colin Campbell, co-author of The China Study, says that the health benefits of going 95 percent plant-based are as good as being perfect. But his caveat is you need to ditch the oils and stick rigorously to a whole food version of a plant-based diet. So the word vegan is tricky since it just implies no animal products are in the food. But you can still eat sugar and all sorts of caloric garbage that is vegan. So the true path to health is on a whole-food plant-based diet. That word diet is just to signal what you eat.

If your purpose shifts and you decide that you want to be healthier, save the planet and prevent farmed animals from suffering? No day is a good day to stop. ]

Or if you just stick to the original motivation: to be healthier? It’s going to net out as the same answer. Quitting smoking only works if you keep not smoking. Going back to smoking will reverse the good health progress you have made. And if your hope is to lower your impact on the environment? The planet is not getting any less in perilous for our delicate climate by the day.

So once you go vegan or switch to a mostly plant-based whole food healthy diet, you are going to want to stick with it. First and foremost, you will feel so much better, lighter, less bloated, and when your joints don’t ache during a run from lingering inflammation, you will want to keep on running. The simple truth is you won’t want to go back.

Once you go “vegan” or plant-based you may never want to stop, since you feel better, your energy is higher and you generally feel healthier all around. Plus you learn how it benefits climate change, farmed animals, and there really is no reason to go back.

Unlike other styles of eating—such as the Whole30 diet, keto for weight loss, or Atkins for that matter—going vegan or plant-based isn’t just a diet change, it’s a lifestyle change.  Meaning you are having to re-think your eating plan to give up things you’ve eaten for your entire life. But before you click off this page and assume that sounds hard, consider this: The positives far outweigh the negatives, and depending on your motivation, it can be a win (for health), win (for the planet) and win (for animals).  If you believe in what you’re doing, and feel better all around for choosing a plant-based diet, if can be easy, joyful, and help you live a healthier, longer life. And good news: If you want to stick with it forever, you can.

Most “diets” are something you follow for a short period of time in order to reach your goals, whatever they may be. You don’t typically stick with them for longer than that because of all the restrictions. While going vegan does cut out certain food groups—including meat, dairy, and eggs—you’re gaining more than you’re taking away. Instead of eating animal products (like red meat!) that have been shown to increase your risk of health problems and early death, your diet is made up of healthier, plant-based choices that can help you live a long, happy life while also benefiting the world around you.

“A well-planned and diverse vegan dietary pattern can be healthy at all stages of life, as stated by the American Dietetic Association. It can absolutely be followed for the entirety of someone’s life if that’s their choice,” says Lauren McNeill, RD, MPH, owner of Tasting to Thrive. “Following a vegan diet—particularly a plant-heavy vegan diet abundant in legumes, whole grains, vegetables, fruit, nuts, and seeds—may be linked to decreased risk of developing cardiovascular disease, type two diabetes, and certain types of cancers.”

And despite what some people may think, it’s not a fad or restrictive diet—not in the slightest, says McNeill. Really, all it takes is a little extra planning—something that’s expected when you’re totally rethinking what should and shouldn’t be on your plate. When you do your research and get the right guidance, you can develop eating habits that will fuel you for life. Let’s just say there are 100-year-old vegans for a reason.

13 More Celebrities Before and After Going Vegan

Sat Aug 1 , 2020
Everyone has their reasons for cutting animal products out of their diet, whether it’s health, environment, or the animals. Celebrities are no exception. Many of them have used their social media platforms to amplify and advocate for their lifestyle change. Lizzo is cooking up a vegan storm on TikTok. Jon […] 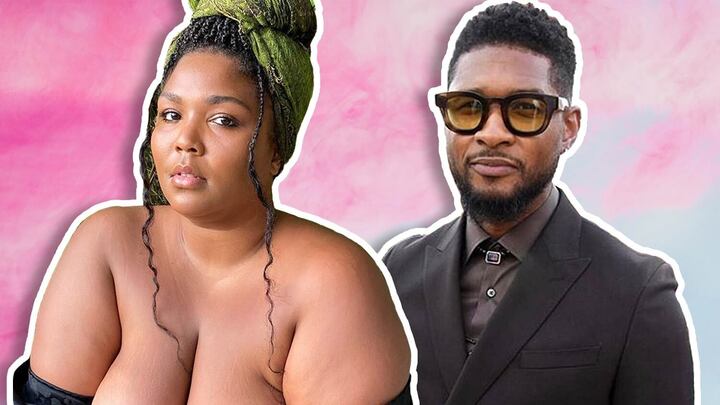