Jewish and Muslim prisoners who’d previously been receiving special diets to accommodate their religious needs are being served a meatless dish starting this month that one prisoner says violates his constitutional rights.

Starting August 1, “religious and kosher diets are being replaced with a plant based vegan common fare meal,” states a July 2 Department of Corrections notice that death row prisoner Patrick Bearup attached to a federal complaint this week.

The notice, signed by Director David Shinn, claims that the vegan meal meets the requirements of kosher and halal diets as well as that of “all other religions.” The DOC offers the vegan common fare to the general population, too: Prisoners just need to give the system 30 days’ notice to get on or off the diet.

DOC spokesperson Bill Lamoreaux released the following statement in response to questions from Phoenix New Times: “The new Common Fare Meal provides accommodations and the ability to be more inclusive for the changing dietary needs of those incarcerated. The CFM meal has been reviewed by Imams and Rabbis as a plant-based meal that meets Halal, Kosher, and vegan religious standards. It has been certified to meet federal nutritional standards by a registered dietician with the contracted food services provider.”

About 1,210 inmates are on a kosher diet, the DOC says. The new vegan meal costs the same as the kosher meal did, at $2.06 per meal. The agency didn’t elaborate on how many inmates are on halal diets, or what the common fare consisted of.

Corene Kendrick, a staff attorney at the Prison Law Office, a nonprofit prisoner advocacy group in Berkeley, California, told New Times that she had heard from Arizona prisoners before the new meal plan took effect.

“They were saying, ‘But I’m not vegan!'” she said, adding that she wasn’t sure how many prisoners the rule might affect in Arizona.

Strict Muslim and Jewish diets still allow meat including beef and chicken. Kendrick said she didn’t know what the vegan common fare was, but that it might mean beans and soy. “It’s not going to be healthy.”

Patrick Bearup is on death row in Arizona for killing a man in 2002.

She said she could scarcely understand why prisons implemented such restrictions when they were likely to be overturned. Prisoners often win complaints that press for basic religious rights, like food, she said.

Bearup, the son of former candidate for Maricopa County Sheriff Tom Bearup, listed the dietary change as the first count of his seven-count, 18-page complaint. He says he’s a practicing Messianic Jew, meaning he believes in the divinity of Jesus.

Bearup’s second grievance is that the prison system failed to follow federal guidelines for the novel coronavirus, leading to infections among staff and prisoners that caused him to come down with COVID-19 himself.

An April 23 Associated Press article identified Bearup as the state’s first death row inmate to test positive for the virus. He told the AP at the time that he’d been sick for about two weeks.

His complaint says he “still suffers various long-term effects” including memory problems, fatigue, and kidney issues. He blames poor policy back in April that banned prisoners from wearing masks in the yard or dining areas and allowed kitchen staff to handle food without gloves or masks. He also claims that he was injected against his will with “unkosher animal protein and chemical mixture,” had property taken away, was kept in high temperatures, and denied access to medical care.

Bearup’s got a storied history in Arizona and dreams of a pardon: He participated in a 2002 murder with his neo-Nazi friends, allegedly cutting off the finger of the victim so they could sell a cheap ring and recover money they thought the victim stole from them. Prosecutors accused Jeremy Johnson and Jessica Nelson of beating the man, and Sean Gaines of shooting him to death. Everyone but Bearup got a plea deal. Johnson and Nelson were released last year; Gaines is scheduled to be released in 2028.

Maricopa County Superior Court Judge Warren Granville, who retired on May 31, wrote that the death sentence wasn’t justified and “justice was not done” in Bearup’s case. Some wonder if disbarred former County Attorney Andrew Thomas, who once had what a judicial panel called an “unholy collaboration” with former Sheriff Joe Arpaio, helped Arpaio get revenge on Bearup’s father for running for sheriff in 2000.

“This case has an odor to it,” Arizona Republic columnist Laurie Roberts wrote in 2015.

Tom Bearup, who’s lived in Alaska for the past 14 years, had been Arpaio’s top aide until 1997. He claimed he and Arpaio split ways after he refused to participate in the cover-up of the 1996 jail death of Scott Norberg. Reached on Friday, Tom Bearup and his wife, Adele, said they believed the DOC retaliated against their son for speaking to the press about COVID-19 by changing the diet plan, even though it meant other religious adherents would be affected.

“He’s been on that diet for 15 years,” Adele Bearup said.

The Bearups sent New Times a recent email from Patrick telling them he would take his grievances to court.

“The State and liberals constantly cite Jefferson’s seperation [sic] of Church and State for their arguments so with that same legal argument the State then needs to stay OUT of my religion!” Patrick Bearup says in the email. “This seperation does not only apply when liberals want God out of the public! So I demand my rights as an American and a follower of The Creator of all Things! My Lord and Savior!”

In another email, Patrick Bearup said he gets “cold cereal every day with no milk to eat it with, just a nonkosher drink mix that you add water to… Tonight they gave chips from the regular menu (non common fare menu)… There is also soy in everything… The kosher diet I have been on since February 20007 had beef, chicken, turkey, fish, fresh fruit daily, eggies daily, milk and eggs. The meals were not that great but they were sealed and not handled by people before I ate them. I believe the prison did this to merely save money at the cost of religious rights.”

Below is the DOC notice that kosher and halal diets will be replaced. Full complaint below that.

Ray Stern has worked as a newspaper reporter in Arizona for more than two decades. He’s won numerous awards for his reporting, including the Arizona Press Club’s Don Bolles Award for Investigative Journalism.

How to Use a Smoker, According to an Expert

Sat Aug 8 , 2020
How to Use a Smoker, According to an Expert Here’s what you need to know to get started cooking low and slow with wood chips for that smoked to perfection flavor. Nothing says summer quite like the smoky scent of barbecue. According to Elizabeth Karmel, “Grill Girl” and author of […] 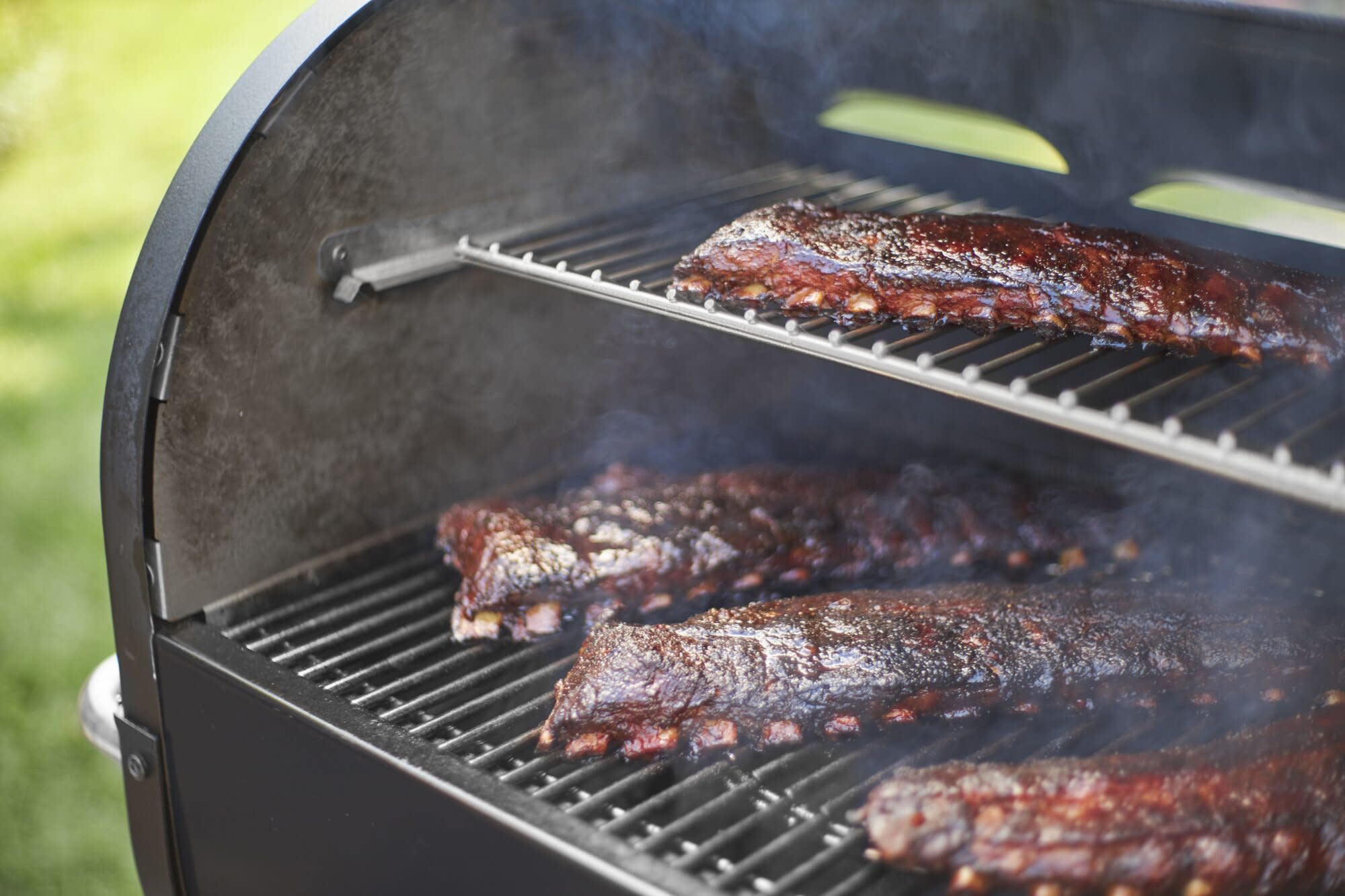