Ali Fedotowsky has been busy since her Bachelorette days. These days, the TV personality spends much of her time chasing around her two toddlers while running her popular blog and sharing all of the motherhood love and wisdom on Instagram.

One of Ali’s top priorities, both for her blog and her family: a plant-based diet that’s every bit delicious as it is nourishing. For Ali, that means *all* of the veggies—and none of the meat.

“I’ve been vegetarian for eight years now,” she tells Women’s Health. “I kind of started on a whim. A friend suggested I try pescatarian, I thought I’d do it for like two weeks, and then here I am eight years later. I’ve never gone back.”

Though Ali says swearing off meat has worked for her body and eliminated a lot of her junk food cravings, she doesn’t do deprivation. “I eat when I’m hungry and I don’t deprive myself,” she says. “If I want something, I’ve let myself have it. I think it’s important to enjoy food and to focus on having a healthy lifestyle instead of dieting.”

How does Ali get her veg on during busy, kid-filled days? Let me give you a hint: It involves lots of pasta.

At this point, Ali usually grabs a handful of walnuts to tide her over. Then, it’s workout time.”People joke that I should have been a professional athlete because I’m a crazy person when I work out,” she says.

Needless to say, after her sweat sesh, Ali is ready to ~eat~. “I crave pasta in the morning and people think that’s insane, but I’ve been eating pasta for breakfast since high school.” Sometimes she even makes herself two mini bowls: one with butter and Parmesan and another with sauce.

Other mornings, Ali digs into a big savory bowl of steamed broccoli and edamame doused in her famous Walnut Parmesan Cream. “It doesn’t actually have any cream in it but is the best recipe every. I literally make it every day,” she says.

Since Ali’s days get a little crazy (and her morning pasta keeps her well-fueled), she keeps lunch light.

Her latest obsession: baguette crostini with pesto, her Walnut Parmesan Cream (yep, she loves it that much), some sun-dried tomatoes, and fresh basil. “It’s the best,” she says. “I think I’ve eaten it for the past week straight.”

After lunch, Ali grabs snacks here and there to tide her over ’til dinner. “I love to buy veggie trays and leave them on the counter so we can come up and grab the veggies throughout the day,” she says.

Of course, though, no vegetable platter is complete without the proper dips—so Ali puts out something for everyone. For her daughter Molly? Ranch. For her son Riley? Peanut butter. And for Ali? Homemade hummus with chickpeas, walnuts, curry, and garlic. “It’s a really easy way to get some nutrition in,” she says. “As a mom, you’re always busy and running around.”

When in doubt though, Apple Pie Larabars also do the trick.

To keep dinners interesting and easy, Ali and crew use the meal delivery service Home Chef a few nights per week

Otherwise, they whip up all sorts of plant-based combos using ingredients like quinoa and black beans—and plenty of green veggies. Vegetarian “chicken” nuggets also make regular appearances on the kiddos’ plates. Okay, and maybe on Ali’s, too. “I swear they taste like actual chicken, they’re really good,” she says.

Of course, pasta is also a staple at dinnertime—but you won’t find Ali complaining about having her favorite dish twice in one day.

Once the kids are in bed, Ali loves to relax with wine (she prefers organic), a good chocolate chip cookie, and TV that’s not-so-kid-friendly. “Those Tate’s Chocolate Chip Cookies are so stinking good,” she says. “I just have one of those and drink my wine, and it is heaven.” Night complete. 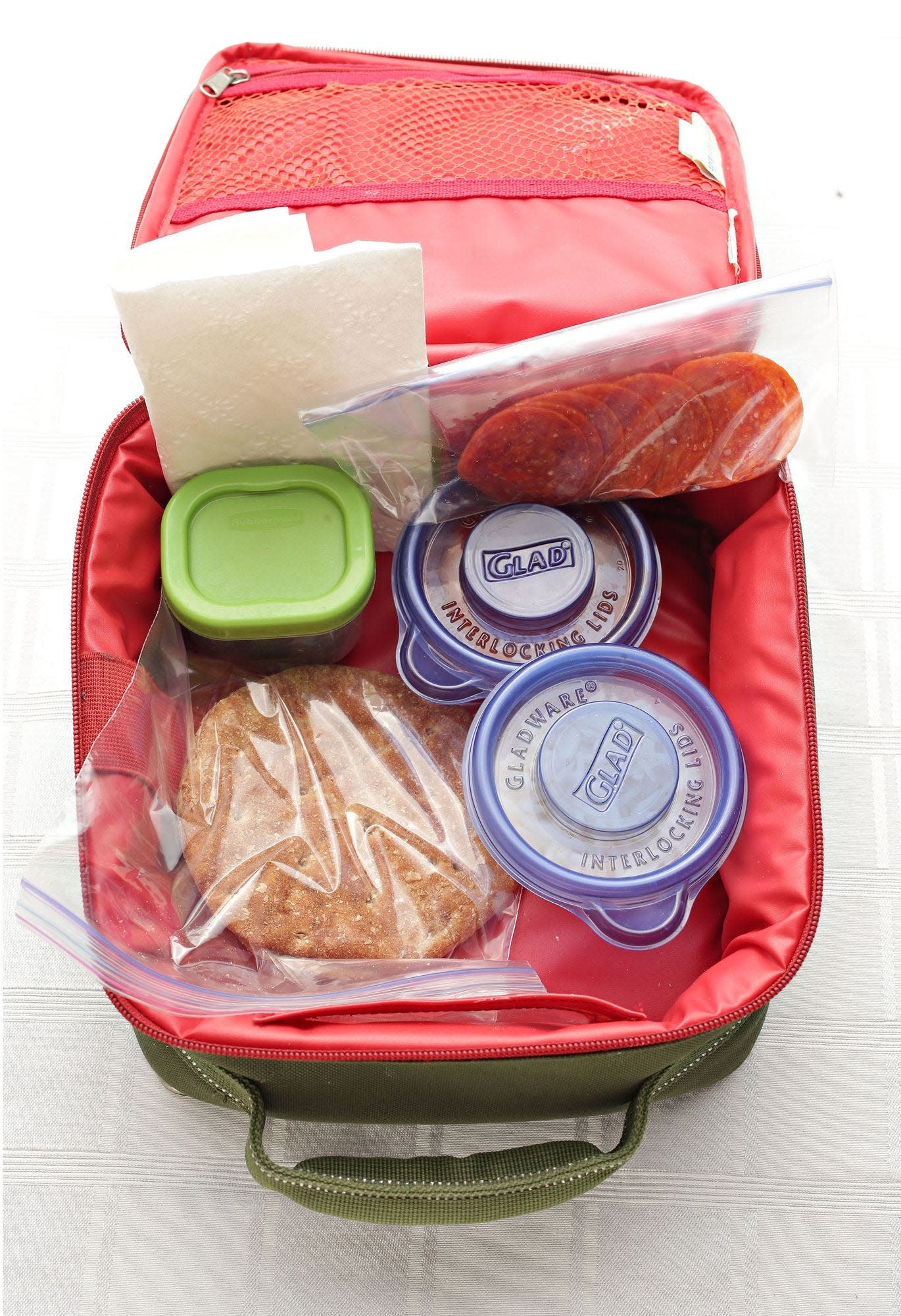