There are so many diet hacks going around right now, it’s hard to keep track: Raw until 4, Keto until 5, Vegan until 6, Dry until Fri. (Okay so we are ignoring that last one too.) But if you want to eat healthy longterm, lose weight in the near term and try a vegan or plant-based diet, the best way to get back on track is to follow this simple rule: Go Vegan Before 6.

Created by Mark Bittman, former lead food writer for The New York Times and author of 16 food and cookbooks in all, Vegan before 6 was a book that came out in 2013, as his answer to the question: How to lose weight when his doctor told him he was 40 pounds overweight and needed to make a life change. There’s a reason it’s popular again now. It allows you to eat a healthy diet full of vegetables, fruits, grains, nuts, and seeds until dinnertime when you get to indulge in your usual favorite foods, so you end up going roughly 75 percent vegan. For many people it’s a great way to start being vegan, try out a plant-based approach, and lose weight and get healthy.

Part-time vegan as an approach to a healthy lifestyle and weight loss only works if during the rest of the time you stick to healthy habits and choose to eat whole foods that are low in calories, simple carbs, and fat–especially saturated fat. After all, you can do some major damage after sundown. In Mark Bittman’s book VB6: Eat Vegan Before 6:00 to Lose Weight and Restore Your Health… for Good, he shares how his simple and doable rules of being vegan for 75 percent of the day turned his health around, helped him lose weight, and changed the way he viewed food forever. Sorry: Chips are off the menu.

The key to the Bittman method is to start your day eating vegan–defined as vegetables, fruits, grains, nuts and seeds and no meat, dairy, poultry or other animal products–until 6 pm, or dinnertime when you can eat your usual favorite meals. Aside from filling your diet with as many plant-based foods as possible, and eliminating processed junk, the 28-day plan shows how when you stay satisfied, structured and healthy for most of the day, you make better choices at night and still reap the benefits that come with cutting back on meat and dairy.

Plant-based diets have been known to fight heart disease for years. A 2019 study showed that those who followed a mostly plant-based diet had lower cancer rates, possibly due to the fact the phytochemicals in plants help protect cells from free radical damage. The study found that eating just 10 grams or more of fiber a day (and remember fiber is only in plant foods) turns out to be enough to lower your risk of certain cancers. New studies have backed this up. The more fiber in your diet the lower your risk of breast cancer, for instance.

While it might seem intimidating to go 100 percent vegan all at once, know this: Mark Bittman thought he would be the last person to jump on the bandwagon. As a food writer at The New York Times for over 30 years, he made living eating and recommending all kinds of food. That was until at age 57, in his doctor’s office, feeling depressed over his health status, he had a decision to make.

With his blood numbers such as cholesterol out of control and 40 pounds to lose, he discussed with his doctor what steps to take. He was having trouble sleeping and persistent knee problems, and he recalls that he didn’t want to become a statistic, someone middle-aged on heart medication for the rest of his life. His long-time Doctor and friend had the guts to answer: “You should probably become a vegan. That will take care of all your problems.”

Bittman knew he was the type of person who would not do well with a vague intention to “eat more healthy foods.” He needed more of a structure than that. So he set himself a strict diet that started at breakfast and lasted just before dinner, thus observing  3/4 of his day on a vegan diet. His book proved that as long as you start your day with no animal products, as well as no packaged or processed foods, you can then treat yourself to what your love to eat so long as it’s healthy, for dinner.

His take: If a middle-aged food lover and writer who was brought up on meat and processed can go mostly plant-based, then why not you? Just try it as your day starts, and determine the rest as the day continues, you never know, you might unintentionally become a full-time vegan.

Here are Mark Bittman’s Secrets to Success on a Mostly Vegan Diet:

Start your day off right

Avoid any kind of animal product at breakfast and lunch. Saturated fats and processed sugars are the main ingredients in common breakfast foods, but while anything can be made vegan by skipping the dairy, the best option s a complex carb like oatmeal with fruit, or a smoothie with plant-based protein. For lunch, salads, soups, hummus or whole-grain pasta with tomato sauce. As long as it’s vegetable-based or full of healthy protein from legumes, and homemade, you’ll stay on track. We suggest a big salad with chickpeas, which are packed with protein. For a full list, The Beet has assembled all the best plant-based protein sources.

By cutting out meat and dairy products it leaves a whole lot of space to fill up your plate with as many fresh plant foods as possible. That can be adding an extra leafy green to your stir-fry or making your new favorite soup a lentil or vegan split pea recipe. Try to source local and organic vegetables when possible to avoid pesticides in your food. See the recipes on The Beet or the Beginner’s Guide for seven days of meals. Remember, it’s all in the baby steps.

Anything that contains processed flours and added sugars wreaks havoc on our metabolism, and if the goal of losing weight on VB6, then avoiding white sugar and flour is the top priority when you are shopping at the market (as opposed to the farm stand). Almost every chronic health problem can be avoided or abated by watching your intake of saturated fats, sodium and added sugar found in all processed foods. As you start out, savor your favorite treat for after 6 pm, but in small doses, and give your body enough time to digest before going to bed.

Not everything “vegan” is fair game

The word vegan is not synonymous with healthy, and most junk food is accidentally vegan since it does not contain animal products but neither is it healthy. Coca Cola, Oreos, and French fries don’t have animal products in them unless the fries are cooked in oil that has beef or chicken in it, but they are called fast-food for a reason. Quick snacks are convenient and cheap, but we pay for them in a different way, by driving up our cholesterol, insulin levels, blood sugar, blood lipids, and contributing to weight gain. Like Bittman, it can cost us our health in the long run.

No rules after 6 pm–other than to eat healthy, whole foods– and not junk

After 6 p.m. exhibit some form of self-control, even when you crave comfort food. Allow yourself a little digression (a glass of wine) but not a major falling off the diet cliff (inhaling the whole bag of chips, or an entire pint of ice cream). This way you can continue the diet for longer.

One change that Bittman noticed immediately when he did this was the change in energy level. Over time he realized that while a cheeseburger could be in his near future if he chose to go that route for dinner, his body craved more of the healthy stuff at night. And his energy soared.

Don’t focus too much on the specific time. Vegan till 5:59 is also great

Sometimes dinner happens after, or even before, 6 pm, or perhaps you’re suddenly on East Coast time and your body still thinks it’s mid-afternoon in LA. Six is not a magic time, it’s just a guideline. Dinner being our last meal of the day, it also happens to be more social, so when you are having a shared experience, this approach is helpful to go back to being plant-based in the morning and see how long you can last the next day. Try to push it through dinner if you are feeling great. Before you know it, you may just not want to eat any other way than vegan at all.

This sounds simple coming from a cookbook author but Bittman advises that not only will this keep you on track, but you’ll feel more satisfied know exactly what went into your meal. It also provides you with plenty of leftovers for breakfast and lunch for the rest of the week.

Everyone is at their own pace

A lifestyle change is a big deal, but it doesn’t have to be made into a big production. For some people, small increments are the way to go, and Bittman’s method is the right step. If you overindulge one night, just forgive yourself, then start again the next day. Or if you eat a non-vegan meal one lunchtime, make up for it at night and make dinner from veggies.

In his Ted Talk, “What’s Wrong with How We Eat,” Bittman explained how the traditional western diet is failing us, and our demand for meat, dairy and refined carbohydrates has been fed to us via our overly simplistic food pyramid. The USDA is not our ally, and as they revise the guidelines every 5 years, we await their latest recommendations, due out soon, which we can only hope will include more plant-based or vegan foods.

Until then, we have to take matters into our own hands, not only to advocate for a better diet in a country where 2 in 3 adults are considered to be overweight or obese but by improving our own health as well. The more vegan or plant-based we eat, the better it is for our longterm health, for the environment, for the welfare of farmed animals, for your own weight loss goals–and for all the possible reasons combined.

Going mostly vegan, or mostly plant-based will help you be healthier longer

A new study found that eating mostly plant-based fights high blood pressure, and reduces your overall risk of heart disease and premature death. The idea of going vegan or plant-based 75 percent of the time happens to be quiet easy. Simply start the day with vegetables and grains, fruit and nuts, seeds and whole plant-based foods. Then once evening comes, eat less meat and dairy, less junk, and still more plants. It’s a simple formula, eat real food.” So start out your week, day and meal as best as you possibly can, stay clean and focused and you might discover how being a part-time vegan might be the best way for you to turn your health around.

Want to Try a Meal Prep Service? These Black Chefs Have You Covered

Sat Aug 1 , 2020
They check all the marks for freshness, flavor, and elevating Blackness in the food industry. I was standing in my friend’s kitchen, watching him toss shrimp and breadcrumbs into a sizzling pan and squeeze lemon over the top. We were making po’boys, one of my favorite Southern sandwiches rich in […] 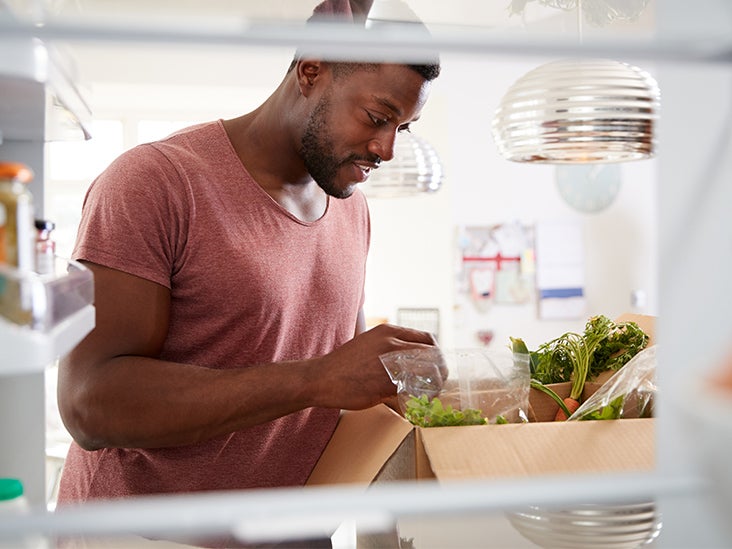