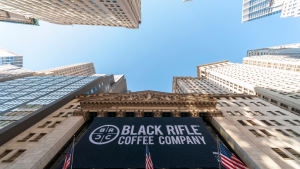 That’s the logical question to ask after the company went public via a reverse merger last month.

The former special purpose acquisition company (SPAC) target has performed admirably. BRCC stock is up 80% since its market debut at $18.79 a share.

While it’s still early days in the company’s life as publicly-traded security. There are reasons to be cautiously optimistic that the Black Rifle Coffee Company will perform better than other SPAC stocks that have been listed over the past year.

A Closer Look at BRCC Stock

A record number of companies went public via SPAC deals in 2021, a 91% increase over 20202. Throughout last year, 613 SPAC listings were completed and they collectively raised a total of $145 billion.

SPAC deals represented nearly 60% of all initial public offerings (IPOs) carried out in the U.S. during 2021. However, despite their popularity, the returns of stocks that have gone public via a SPAC deal have been lackluster at best.

Goldman Sachs (NYSE:GS) recently noted that SPAC-listed stocks have generated a negative rate of return of -35% over the last 12-months. After a strong debut, SPAC stocks tend to collapse.

Founded in 2014, the company has a few things working in its favor.

Second, the company has a unique operating model compared to other coffee chains. Unlike Starbucks (NASDAQ:SBUX) and Dunkin’ Donuts, Black Rifle Coffee Company has sidestepped the traditional retail network of coffee shops. Instead, it uses  a direct-to-consumer coffee subscription service.

More than 100,000 subscribers pay a monthly fee to have Black Rifle’s coffee shipped directly to them. This business model is proving effective.

The company has yet to report any quarterly results but was valued at $1.7 billion ahead of its market debut on Feb. 10. It says subscriptions generate 75% of its revenue.

Currently, Black Rifle Coffee only has a handful of physical store locations in Utah, as well as two in Texas and one in Canada.

The coffee is also distributed at some U.S. firing ranges and tactical stores.

Black Rifle Coffee Company distinguishes itself through philanthropic support to military veterans. It also has a keen sense of humor that endears it to consumers.

After Starbucks announced in 2017 that it would hire 10,000 refugees to work at its network of more than 15,000 stores across the U.S., Black Rifle Coffee responded by saying that it would hire and employ 10,000 military veterans.

When it went public a few weeks ago, Black Rifle Coffee made several financial donations to veteran and first responder organizations.

With a strong focus on military and law enforcement humor, Black Rifle Coffee Company frequently finds itself trending on Twitter (NYSE:TWTR) and other social media platforms.

The company publishes an online magazine called “Coffee or Die” that focuses on military and law enforcement issues, with a particular focus on veterans and a strong dose of humor.

The magazine has further cemented Black Rifle as a different kind of coffee company. Black Rifle Coffee says it has a big market opportunity ahead of it and has estimated that the direct-to-consumer coffee business could be worth $4 billion annually in the U.S.

Keep an Eye on BRCC Stock

It is still early days for Black Rifle Coffee’s shares, and while the gains to date have been impressive, they could reverse in the coming weeks and months.

As such, investors should give Black Rifle Coffee some time. Keep it on your watchlist and check it regularly. Be ready to pounce if the stock continues to advance over the next six to 12 months. But after less than a month of trading, BRCC stock is not (yet) a buy.

Disclosure: On the date of publication, Joel Baglole did not have (either directly or indirectly) any positions in the securities mentioned in this article. The opinions expressed in this article are those of the writer, subject to the InvestorPlace.com Publishing Guidelines.

Joel Baglole has been a business journalist for 20 years. He spent five years as a staff reporter at The Wall Street Journal, and has also written for The Washington Post and Toronto Star newspapers, as well as financial websites such as The Motley Fool and Investopedia.

Thu Mar 3 , 2022
A national brewery will bring its annual event back to Asheville, a local food truck finds a permanent home and a taco eatery reopens after a full redesign.  Rolling on An Asheville brewery is rolling forward with one of its annual, popular events after being canceled during the COVID-19 pandemic. New Belgium […] 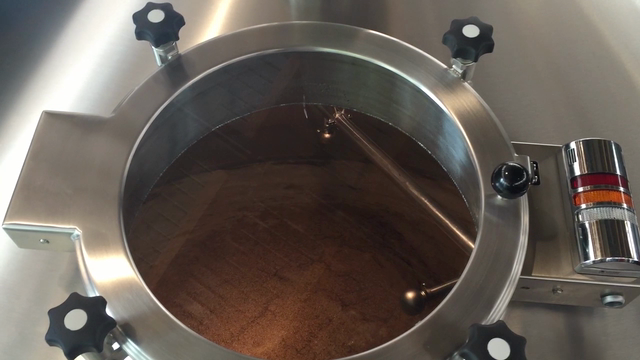