In an interview, the Atlanta native was circumspect about her background, but she indicated Chi Chi is the result of a personal quest, and a perceived need in the community. “I decided to open up a vegan restaurant, because I had a hard time personally finding vegan food that was similar to what I cooked at home, and that fit my profile, and that had a quick ordering process.”

Chi Chi, which occupies a storefront at the corner of Moreland Avenue and Boulevard Drive, is a fast-casual restaurant, with a walk-up counter and a sleek, minimalist vibe — white painted brick, handsome marble-top bistro tables.

ExploreVegan and vegetarian restaurants to try in metro Atlanta 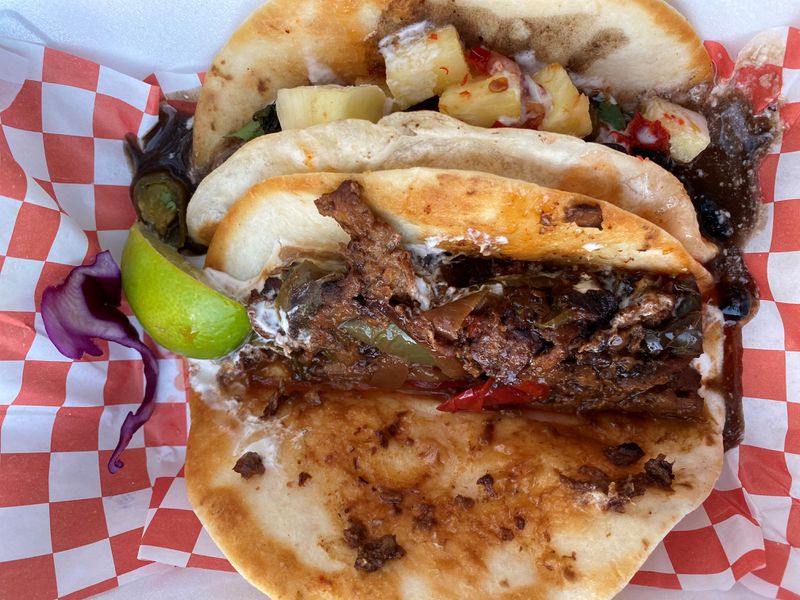 Originally envisioned as a 20-seat space offering breakfast, lunch and dinner, Chi Chi currently offers lunch and dinner only. Because of social distancing protocols, space is limited. Hodge hopes to add breakfast and outdoor seating in the future.

“I chose the Reynoldstown/Edgewood/Moreland Avenue neighborhood, because it’s a hub for vegans and those who live a healthier kind of plant-based natural lifestyle,” she said. “I really wanted to be planted in the middle of where these people typically live and play.” 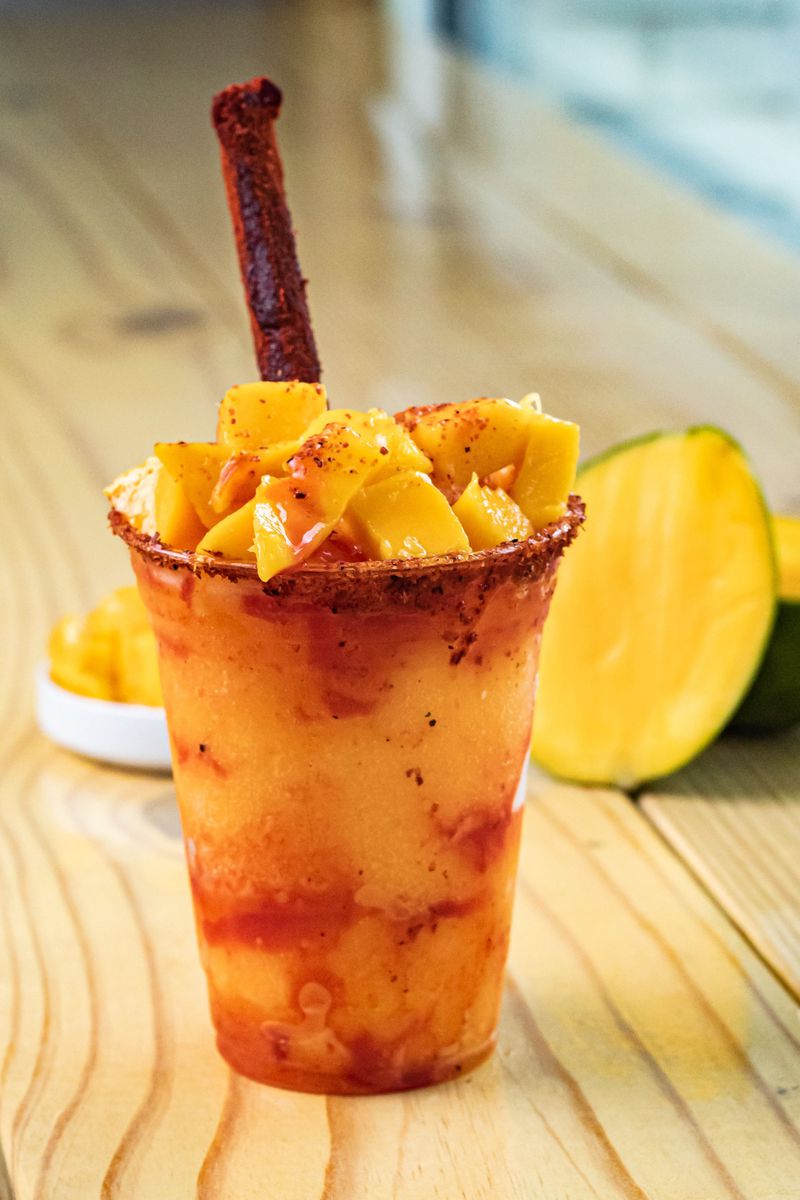 As a food critic, I’m omnivorous — I love good vegan and vegetarian cooking, as well as meat. However, I’ve often wondered why people eat fake meat, when vegetables taste really good on their own. Meat, I suspect, is just as addictive as anything else. As Hodge suggested, people look for familiar tastes and textures.

I placed an online order on the Tuesday before Thanksgiving; because the restaurant was slammed with holiday orders, only tacos and sides were available. If I want to try nachos (with fake ground beef, vegan queso, black beans and corn salad) or queso-smothered veggie chimichangas (filled with rice, beans and veggies), I’ll have to return. 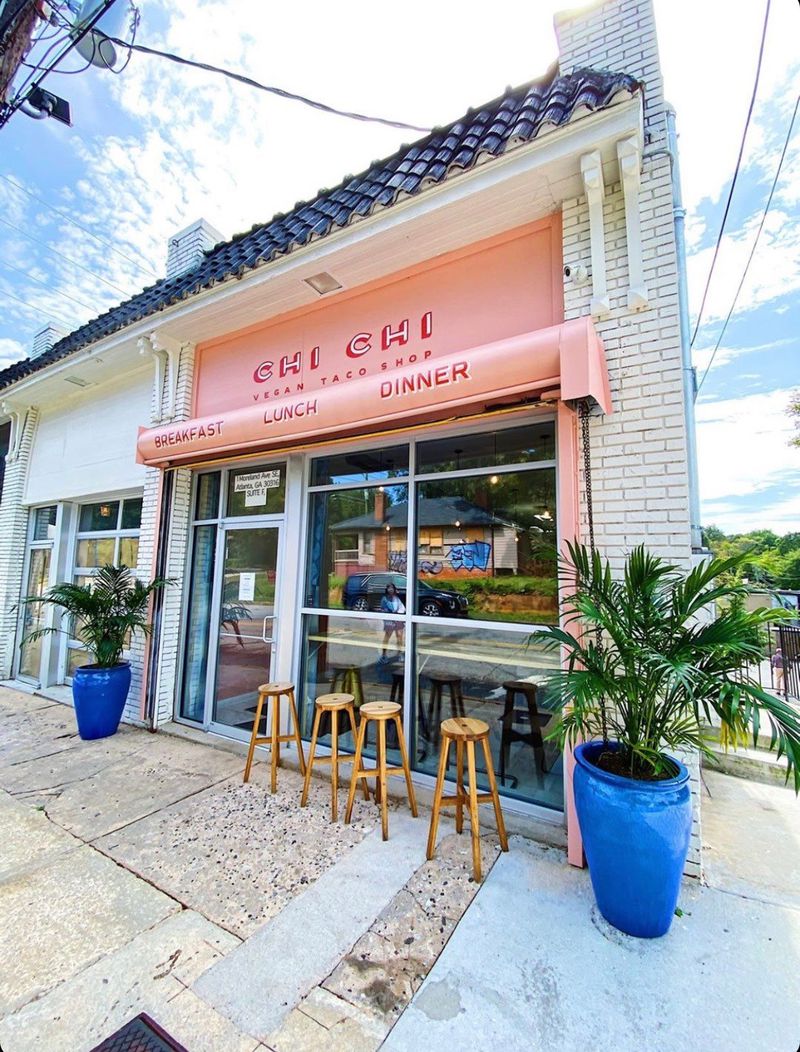 Of the tacos, it’s no surprise that I liked the one that didn’t pretend to be meat at all, and the one that most approximated meat. That would be the black bean luau (beans, pineapple, cilantro, sweet-chili, jalapeño and crema) and the Philly cheesesteak (vegan steak, grilled peppers and onions, cheese and crema).

The cheesesteak provided a true I-can’t-believe-it’s-not-meat moment. The vegan beef was more shredded, rather than chopped like cheesesteak, but it was juicy and delicious. The al pastor, which I requested on a corn tortilla that turned out to be a crispy shell, was fine, but unremarkable. The Baja fish was stuffed with minnow-sized fake fish sticks. The flour tortillas eat more like hand-held crepes than soft flour tortillas — they were a bit stiff.

Chi Chi makes good guacamole, a great thing to snack on with chips and a mangonanda, a mango drink swirled with a chili-spice mixture. The server asked if I minded chopped pineapple on top. I did not. I would have liked it better if hadn’t been made ahead and frozen solid. But, after melting a bit, it really grew on me. In time, maybe Chi Chi will, too.

Is there a restaurant you want to see featured? Send your suggestions to [email protected].

Mask policy: staff wears masks; customers are requested to wear masks when they place or pick up orders 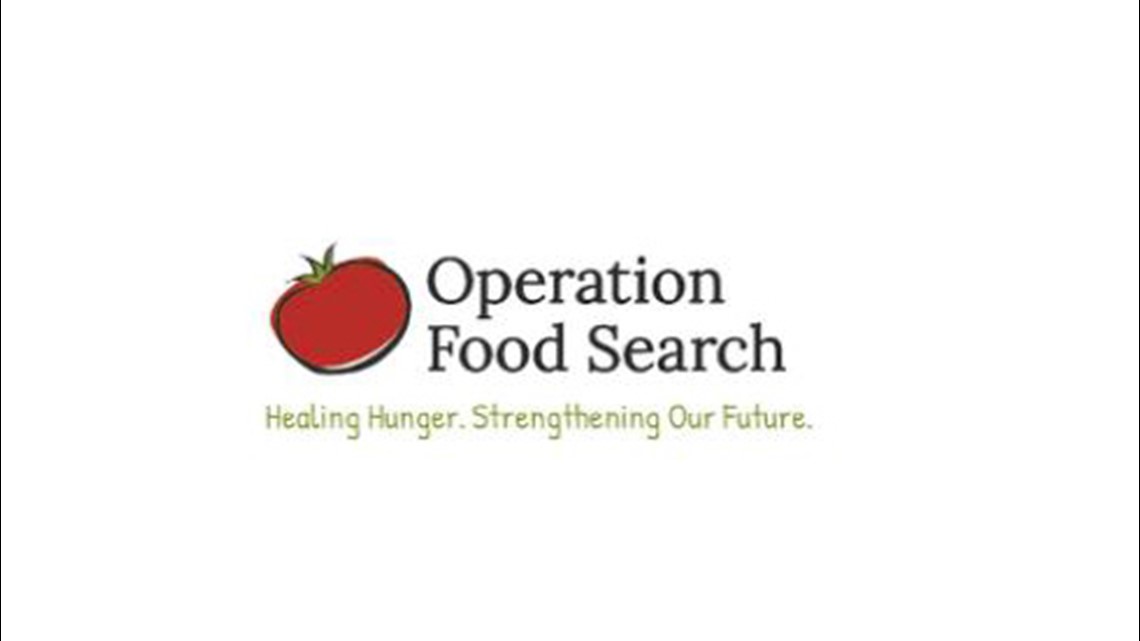