As a Navajo social worker with a passion for public health and nutrition, Cherilyn Yazzie’s goal was to advocate for her community’s health by teaching them how to eat. But she soon realized something was “not clicking.”

“It was also the disconnect,” she said. “I’m trying to teach them, ‘Be healthy, eat this kind of food.’ But then on the other hand, in their systems, in their environment, they don’t have that access.”

“I’m the one who’s doing this wrong,” she thought. She knew she had to find a way to get these foods to the families in her community, but the odds seemed crushing. Growing the food herself became the goal.

But Yazzie couldn’t access enough water, electricity, and she barely had an acre of land to work with, so the idea of building a farm at the scale she aspired to seemed too distant.

That didn’t stop her.

Instead, she and her husband, Mike Hester, built the infrastructure they lacked and started a business in Yazzie’s hometown in Dilkon, Arizona, in 2018.

“What we wanna do is be able to offer something that’s gonna be local, that’s gonna be from the land here,” she said. “Build up that community here and really figure out how to take care of one another.”

Yazzie said her goal is to establish a bridge between present and future generations by building a healthy community that is capable of focusing on living and learning as much as they can to pass on to their descendants.

“We wanna be able to have people that are healthy in order for us to carry on our traditions, our stories, our songs, our prayers,” she said.

And supporting that connection gained more meaning when the COVID-19 pandemic first hit, which took a toll on grocery store shelves across the nation. Yazzie’s work offered relief to Navajo families who came to her seeking to secure food for their households.

“It hit us a lot harder because a lot of reservation residents travel to the nearby border towns to buy our groceries and supplies, but when the supply chain was interrupted, we had a hard time finding basic food supplies,” said Cara Dukepoo, a Navajo mom of four who became a regular customer of Yazzie’s at the beginning of 2020.

Dukepoo found Yazzie’s business one afternoon through a Facebook ad, she said, and she didn’t hesitate to sign up.

“It made me feel more comfortable as a mom knowing that I was able to buy fresh, local, organic produce for my kids,” she said.

Through Yazzie, Dukepoo was able to have a guaranteed supply of eggs for her family even through the toughest downturns of the pandemic.

“What it showed to us is that people were actually searching out and asking if we had any food boxes,” Yazzie said. “So it helped us to think about what would be most helpful as we move forward and that was one of the areas we really worked at.”

How to get Navajo hardship checks: Moved? Had a baby? These and other questions answered

“We always knew that we were gonna get enough vegetables that last us for two weeks, we also knew that the vegetables wouldn’t spoil, so we were pretty confident that we would be OK,” Dukepoo said.

Yazzie was committed to helping families in her community when they most needed it, she said, even when the pandemic had impacted her on a personal level.

She said losing her dad to COVID-19 in 2021 was the hardest challenge she has faced since she started her business.

“That was hard. I still cry every day. I’m still emotional,” Yazzie said. “But I know he’s proud of what we have done.”

Even though she said some days she struggled to find motivation, that moment helped her find more meaning behind supporting the health of her community.

“It was personally the first time I’d seen a commercial farm being run on the reservation, ’cause you usually only see home gardens or traditional fields,” Dukepoo said. “Seeing something at her scale, at a very professional level — it was surreal.”

Dukepoo said Yazzie’s work inspired her and her family to expand their own home garden as they realized it was possible to grow many more things than they used to think.

And Dukepoo is not the only one. Yazzie said since she started using social media to tell her story and share more information about her business, people from her community reached out to her expressing how they felt represented and inspired by her work.

“It’s a part of showing people that it’s possible, even through lots of these obstacles,” she said. “We can figure it out if we have that purpose and have that reason of why we wanna do something.”

Her efforts to continue helping her community through the pandemic earned her a centerpiece role in a film by GoDaddy called Big Water Summer: A Creation Story, which will be shown at the SXSW Film Festival that will take place in March in Austin, Texas.

The film follows Cherilyn as she tries to grow her crops and shows her resilience as she navigates unprecedented challenges, she said.

“She’s declaring to the world that she sees a problem and that she’s willing to tackle it,” Dukepoo said. “Even if it’s something as simple as food, but even then food isn’t simple — food is necessary.”

Light at the end of the tunnel? Trends for 2022? Coffee operators weigh in

Tue Feb 22 , 2022
The Kastle Systems report spells it out. The return to the office is slow, but facility managers tell me that the momentum is clearly pointing in the right direction. What does the sentiment look like among coffee service operators? I caught up with some office coffee service leaders from coast […] 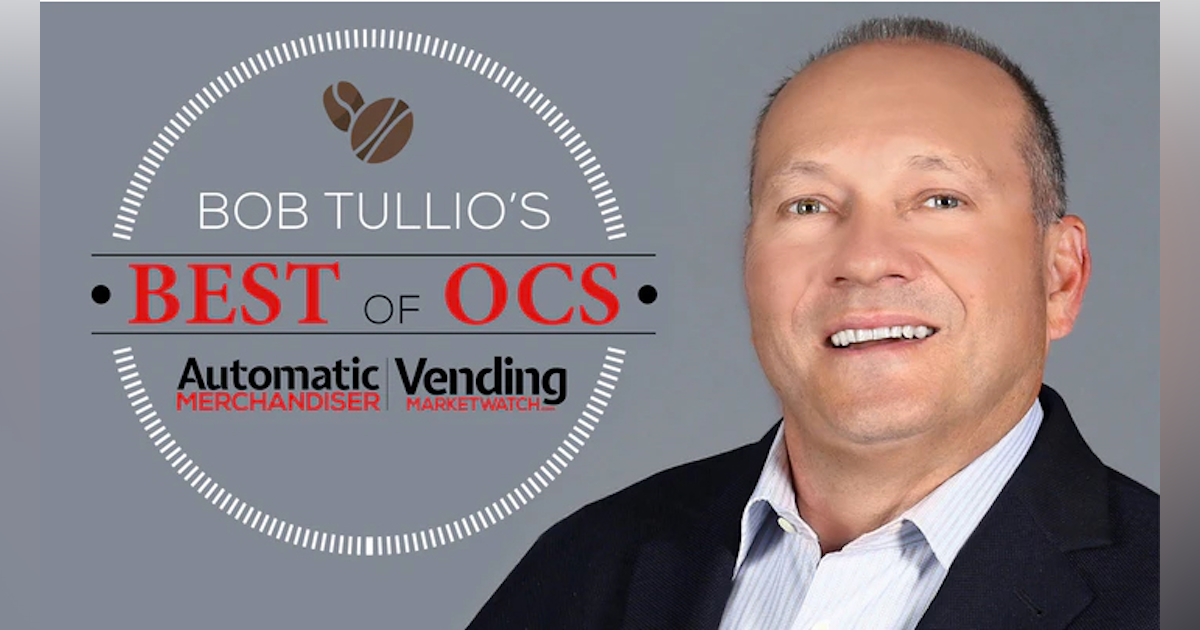