Jessica Rothacker started her cooking journey in an unusual place — pursuing an English degree at the University of Georgia. She thought she wanted to write novels, but she instead took a year off school after graduating in 2003 to “figure things out.”

During this time, Rothacker found herself drawn to cooking and reading about food. Rothacker decided to pursue culinary school instead of graduate school. She studied culinary arts at the Art Institute of Atlanta, and when she started work at a restaurant she “fell in love with it,” she said.

Today, Rothacker is co-owner and chef of Heirloom Café & Fresh Market on North Chase Street. She is also one of the newest members of Les Dames d’Escoffier International, a prestigious organization for women leaders in the culinary field.

“Maybe one day I’ll get back to writing about food, but for now, I’m cooking,” Rothacker said.

After Rothacker graduated from culinary school and had worked in the restaurant industry for several years, she approached her father, who has a history in family business, about opening a restaurant together. Rothacker and her father, Travis Burch, opened Heirloom Café & Fresh Market in Athens’ Boulevard Historic District in 2011.

Rothacker said she was inspired by different aspects of the places she’s worked at in the past, and she wanted to “do something that brought all of them together.”

“I modeled a lot of what I wanted to do off of things that I really respected about businesses that I’ve worked in, and he was on board with that as well,” Rothacker said.

Rothacker said her experience working with her family has been both rewarding and challenging. Since they opened Heirloom, Rothacker and her father have learned a lot from each other, she said, and Burch agrees.

“You know, I have told folks over the years that when I came into this business, I thought I had a lot to teach, and I do,” Burch said. “But I didn’t realize how much I had to learn and how much I would appreciate the things that I have learned.”

About her professional relationship with her father, Rothacker said they can be “more real about the emotional side of things that relate to the business,” more so than other kinds of business partnerships, because of the “unconditional love that a family has for one another.”

“I’m a proud father, but separate from that, objectively, I’m also proud to be her partner,” Burch said.

Rothacker said that was the first time she felt inspired by food.

Fueled by her experiences living with a garden, Rothacker has been committed to sourcing food from local farmers through her work at Heirloom. The café sources from Collective Harvest, for example, a cooperative of farmers in the greater Athens area.

On the restaurant website, people can browse the variety of producers Heirloom sources from, including some farms from North Carolina and others across Georgia. Producers change depending on the season.

Rothaker said she prefers this layer of accountability and transparency to sourcing from “anonymous industrial complexes.” Plus, her reliance on smaller farms and producers results in a smaller carbon footprint.

“I also feel like buying local gives you a story to tell about where the food comes from, and that people enjoy food more if there’s some sort of emotional connection to it,” Rothacker said.

Heirloom’s menu offers some traditional Southern favorites, such as a pulled pork hash for breakfast, pimento cheese for lunch or a pan roasted trout for “supper.” But the menu also places emphasis on vegetarian options, using tofu or local greens and vegetables in many of its savory dishes.

A woman in the kitchen

It took Rothacker awhile before she was able to fully process her place working in the kitchen. She described culinary work as a “more masculine working environment with lots of yelling and little bit of hazing.”

From her experience, women are often pushed into stations, like pastry-making, because people often don’t think women can work stations that are “harder,” “dangerous” and “fast-paced,” Rothacker said. She appreciates the “delicate details” of a cold station or pastry, but these can be difficult stations for women to move out of.

But she said she’s witnessed a recent culture shift that has provided more opportunities for women in the culinary world, and they are being lifted up instead of held back.

Les Dames d’Escoffier International provides scholarships for women to venture into the culinary field, as well as conferences and workshops. LDEI is “a philanthropic organization of women leaders in the fields of food, fine beverage and hospitality,” according to its website.

Rothacker was one of six new members to be welcomed into the Atlanta chapter of LDEI in June.

Rothacker also serves on the board of directors for the Georgia Restaurant Association. Karen Bremer, CEO of the GRA, said Rothacker has a lot of good ideas, and she contributes well to the organization “in terms of her thoughts and her opinions and where she sees the industry.”

“She’s a bright, intelligent and passionate restaurateur, and she cares a great deal about her community and giving and service to others,” Bremer said.

Heirloom is now open for dine-in with patio seating available. The restaurant is open for lunch from 10 a.m.-2 p.m. Tuesday-Friday, for brunch from 9:30 a.m.-2 p.m. on Saturday and Sunday and for dinner from 5-9 p.m. Wednesday-Saturday.

Is Sole Water, aka Himalayan Saltwater, Really as Healthy for You as Its Fans Claim? 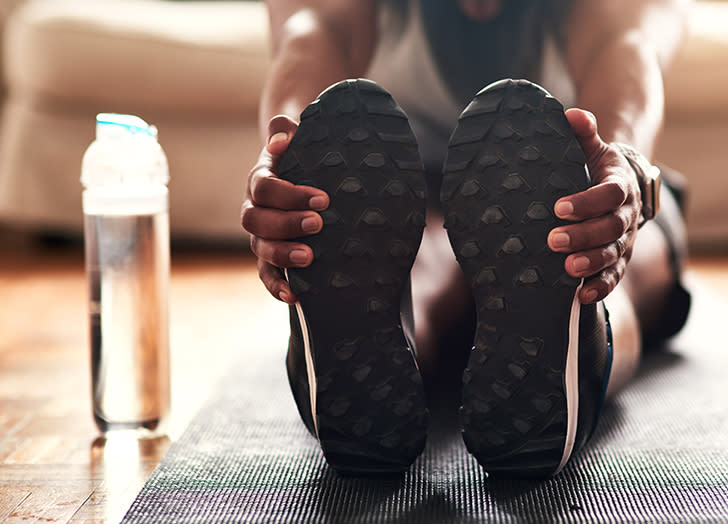