Enchiladas are a simple introduction to fall cooking

The first cool crisp nights have come upon us as fall has arrived, and we are entering the beginning of our nesting season.

There is something glorious about snuggling under the covers we have eschewed for months, and relishing the cool evenings and morning that make you reach for your warm jammies, and down comforters until we are snug as a bug in a rug.

Food preparation changes from, “It’s too hot to cook,” to “Put a pot of soup on the stove.” We begin to crave those oven-baked dishes and foods that comfort and give warmth.

Many foods also like to be wrapped up in an edible blankie, such as cabbage rolls and sausages in a blanket.

Enchiladas, however, will fight for the right to be called the first food wrapped in a corn blanket.

As far back as 2000-2500 BC, the Maya of the Yucatan Peninsula were dipping corn tortillas in pumpkin seeds, rolling them around chopped hard-boiled eggs, and covering them in a rich tomato sauce.

There is evidence that corn was being milled into flour more than 9,000 years ago in central Mexico. Wheat was not agriculturally raised in North or South America until Europeans came to the new world. They also rolled tortillas around small fish and baked them with chili pepper sauce.

The word enchilada is the past participle of Spanish enchilar, meaning “to add chili pepper to.”

Chili seeds themselves have been dated as parts of cultural deposits in Mexico more than 9,000 years ago as well.

Variations of the stuffed corn tortilla continued, but it was the Aztecs that are credited with the development of what we now think of as an enchilada. Around 1325, they settled on an island in Lake Texcoco, and became accomplished corn farmers, as well as warriors and temple builders.

By the time the Spanish were eating with the natives in the 1500’s, they were consuming enchiladas stuffed with meat.

Bernal Diaz del Castillo documented a feast hosted by Spanish Conquistador Hernan Cortez in Coyoacan, where enchiladas were served. I am sure that, in hindsight, the Aztecs would not have been hungry enough to dine with the person responsible for the expedition that caused the fall of their Empire.

Ironically, Montezuma II sent Cortez gifts of gold and chocolate on his arrival, and not long after, Montezuma was taken hostage and killed. So much for welcoming generosity.

What the Aztecs did leave behind was a rich history of cultivation, chocolate beverages, herbal medications, hieroglyphic writing, a complex calendar system and famously built pyramids and temples.

They introduced popcorn and chewing gum to the Spanish, as well as their love of corn tortillas.

For a purist, corn is what separates an enchilada from a burrito.

An enchilada also separates itself from the taco, in that the enchilada is baked with its ingredients inside, and the taco’s ingredients are cooked and assembled separately.

The enchilada sauce itself is basically chili powder simmered in a broth with garlic, onion, tomato paste and tomato sauce, and it’s thickened with flour. You can easily make your own, or more easily, buy a good quality bottled product.

The variety of Mexican items that can be found in mainstream grocery stores has grown significantly in the last decade. Many items that you used to have to buy at a Mexican specialty store are now found easily.

Creating enchiladas is easy, and the dish can be varied to accommodate a variety of fillings. The traditional filling usually consists of seasoned cooked ground beef or pork, beans, chilis and cheese, topped with enchilada sauce and baked.

You will find other variations such as Enchiladas con chili rojo (with red chilis and meat), Enchiladas placera (Michoacan plaza style with vegetables and cheese), Enchiladas con mole (where mole sauce replaces the enchilada sauce) and Enchiladas suizas (Swiss style topped with a creamy bechamel sauce).

All you’ll need are some tortillas (either corn or flour, they both work beautifully), cheese and sauce, and you can roll your way into a delicious warming meal in no time.

The following recipes are just the beginning, as you may experiment with your favorite fillings.

Just don’t invite the Spanish Conquistadors: You’ll not only save your gold and chocolate, but possibly your civilization.

Mon Oct 5 , 2020
SAN DIEGO (KUSI) – It’s never too late to make healthier choices when it comes to what we eat! The reality is we need strong immune system health to fight the current pandemic. The Muscleman of Technology will demonstrate organic healthy food products that can make you feel better, give […] 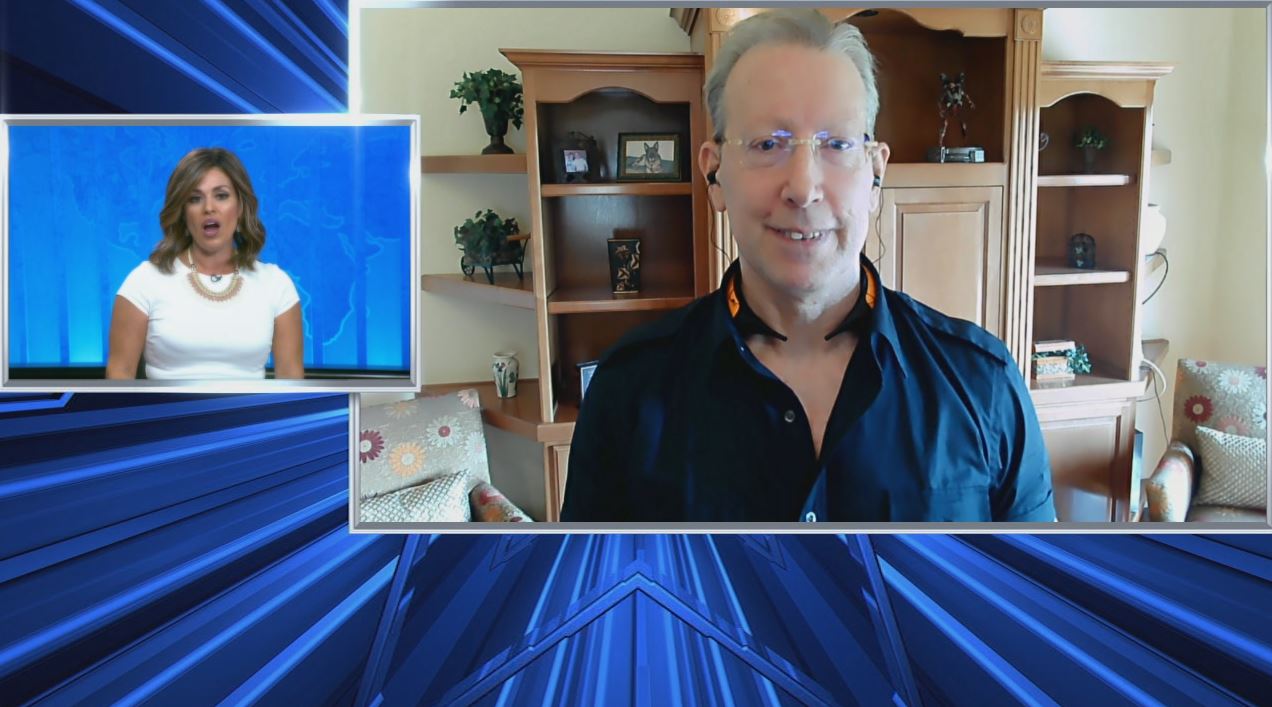