Chef Cristina Quackenbush’s Milkfish pop-up has been one of the attractions at The Broad Theater, even with the movie house temporarily closed. She offers curbside service and delivery of the Filipino cuisine she has popularized under her Milkfish name since 2011, as well as food by Smoked Bowls, a collaboration with her roommate, chef Hayley Vanvleet, formerly the executive chef at the shuttered Belle Epoque on Bourbon Street.

Quackenbush’s culinary career has had many plot turns, with restaurants opening and closing, big deals falling through and pop-ups hopscotching around the city. Enter the pandemic, which put the kabash on her long-planned wedding, but she remains unflappable.

“I think things work out the way they’re supposed to,” she says. “I’m thankful I didn’t commit to anything super crazy now that [the pandemic] has come along. I have my spot at the theater, my regulars keep me busy and I don’t have to do anything detrimental to my well-being or livelihood.”

The chef has been popping up at the Broad for a few years now, although the theater has been closed most of the time since March 15. Theater owner Brian Knighten temporarily closed the theater but plans to reopen soon.

Milkfish was the first Filipino eatery in the city to showcase the strong flavors of her home country. Quackenbush puts her sassy spin on traditional dishes while using local, seasonal ingredients. Chicken adobo comes with pancit (stir fried noodles) and lumpia, a version of fried spring rolls. A sisig bowl, featuring the country’s staple dish, is a boldly flavored combo of pork belly and Thai chilies in soy-citrus sauce over garlic rice, topped with an egg. There’s always a vegan option, such as sweet potato coconut curry over rice. Venvleet dreams up fusion dishes like a roasted chicken rice bowl with mixed mushrooms and pork adobo sliders.

The menus change weekly, and usually are posted by Wednesday on Instagram. Garlic, soy sauce, vinegar and black peppers are at the heart of many of her meat dishes, and pork is king when it comes to Filipino food. Chicken tinola is a soup with bok choy, ginger and fish sauce. Mechado is a Filipino-style beef stew that doesn’t seem very different from an American beef stew — until the first mouthful delivers the umami pop of soy sauce and vinegar. Tolong silog combines sugar-cured pork and garlicky sausage, and it is served, like many Filipino dishes, over garlic rice with a fried egg.

Quackenbush was born in the Philippines and raised in Indiana farm country, where she honed her farm-to-table cooking sensibility. She has cooked and worked in restaurants all over the country and has called New Orleans home since 1999.

“There’s no city that compares to New Orleans and when I realized the ties we have here to the Filipino culture, I wanted to bring that food to the table.”

A fishing village in St. Bernard Parish called St. Malo was the first and largest Filipino community in the U.S. until it was destroyed by a hurricane in 1915.

“When I first got here, I was surprised nobody was cooking Filipino food,” she says. “Now there are a few pop-ups, which makes me so happy.”

For many years, Quackenbush worked for Adolfo Garcia and hosted Filipino pop-ups at his restaurants. After opening Milkfish in 2014 in Mid-City, she earned rave reviews, but closed it for financial reasons in 2016.

“The space was just too big and expensive for what I wanted to do,” she says.

The next year, she came close to partnering with Creole Cuisine Restaurant Concepts to bring a version of Milkfish to the Bywater space that had been Maurepas Foods.

“We had all the details worked out, the place was remodeled,” she says. “I changed my mind. We didn’t want the same thing, so I went in a different direction.”

Milkfish offers curbside pickup, and free, no-contact delivery is available Thursday through Saturday from 2 p.m. until food runs out. Diners can order by text from Milkfish (504-284-1969) and Smoked Bowls (206-335-4792) by including name, address and special instructions.

“This has really helped us both make it through this COVID time,” Quackenbush says. “It’s just so good to see my regulars again. That’s what’s kept me going, how much people love the food. This is my dream, the reason why I moved here.”

NO NEWS IS BAD NEWS.

For almost 40 years Gambit has reported on the city we love, connected you to New Orleans, and covered the issues that matter to New Orleanians—all for free.
We need YOUR help to keep doing it. Become a Gambit Member and support local journalism.

Mon Aug 10 , 2020
Kelly Osbourne is the latest Hollywood star to shock fans with a total body transformation, and do it on a plant-based diet. Ozzy and Sharon Osbourne’s 35-year-old daughter revealed she is down 85 pounds since she started eating a healthy vegan diet and exercising daily. Besides helping Osbourne lose weight, she credited […] 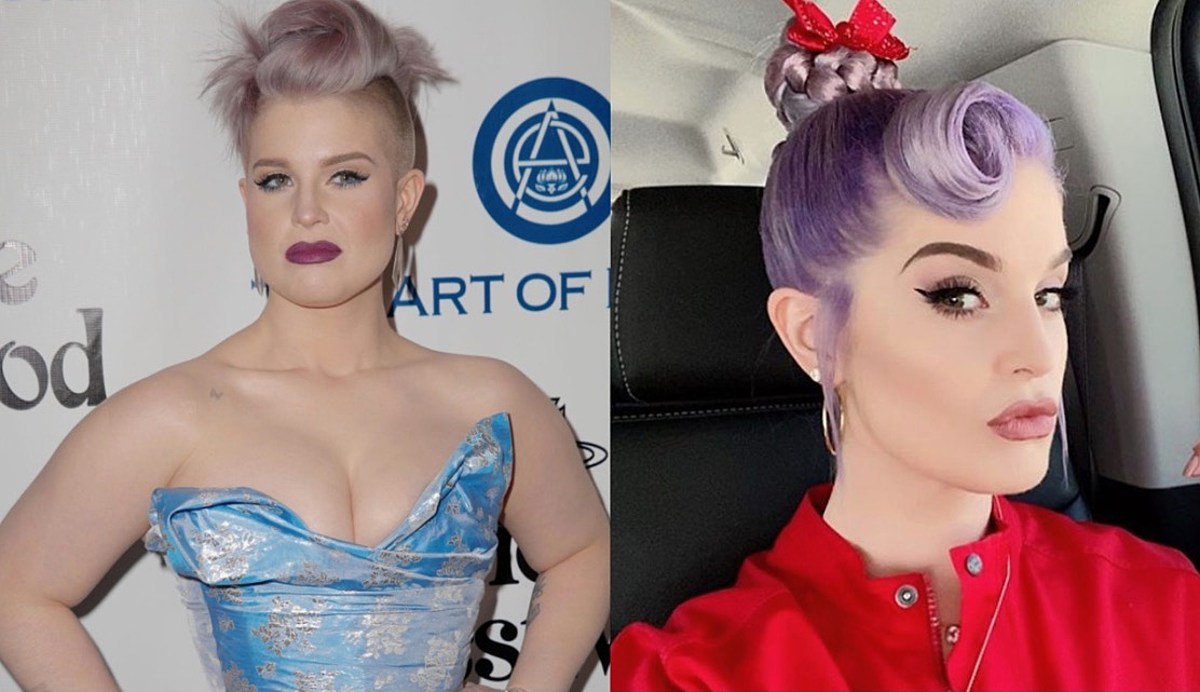