When you picture vegan foods, odds are a burger and milkshake don’t come to mind. But at the newly opened Twisted Plants in Cudahy, that’s exactly what’s on the menu.

Twisted Plants features a menu of traditional comfort foods, but every item is entirely vegan. The restaurant began last year as a food truck, created by the husband and wife team Brandon and Arielle Hawthorne.

In 2016, Arielle Hawthorne was diagnosed with lymphoma, a health scare that motivated her to switch to a healthier diet of veganism. “When I first gave up meat, I immediately started researching to see, ‘How can I make the kind of food that tastes good?’,” she says. “It was important for me to change my diet and my lifestyle, but it was also important that I actually enjoyed the food that I was eating.”

Brandon Hawthorne followed her lead and became a vegetarian. The two then opened their food truck to massive success, and just a year later they’ve opened a brick-and-mortar location in Cudahy.

Twisted Plants brings something fresh to Milwaukee’s food scene. “It offers more of the type of food that people are used to getting at a non-vegan burger spot,” says Arielle Hawthorne. “In general, Milwaukee was lacking vegan options, especially any restaurants that are strictly vegan. And I also felt like the comfort food aspect of it was kind of missing — I hadn’t really tasted a lot of vegan food that reminded me of the food I ate before I went vegan.”

Luckily, Twisted Plants has vegan food in spades that even a hardcore carnivore couldn’t turn down. Brandon Hawthorne recommends that a meat lover tries the “Up in Smoke” burger, which comes with grilled onions, tempeh bacon, smokehouse sauce, lettuce, tomato and vegan American cheese on a plant-based patty with onion rings, priced at $15.50. “I truly think that’ll hit all the taste buds that a meat lover or a burger lover will desire,” he says. “Our chik’n sandwich is a close second.”

The menu has plenty of options for longtime vegans too, of course. For them, Arielle Hawthorne suggests the “How High” burger, which is shredded barbeque jackfruit topped with pickles, slaw, chipotle ranch and crispy onions for $11. “I feel like most people who have been vegan long-term, they prefer not to eat as many mock meats,” she says. “They want to stick to something a little more close to its original form, and I think that the barbeque jackfruit sandwich is that.”

The menu is not only stocked with delicious foods — it has a theme! Who doesn’t love themes? The Hawthornes are self-described “cannabis enthusiasts,” so each sandwich’s name is inspired by a classic stoner movie or by another aspect of smoking culture. Check out the mouth-watering menu here.

Twisted Plants is open Tues-Thurs from noon-7 p.m., Fri-Sat noon-8 p.m. and Sun noon-5 p.m. Because the brick-and-mortar location opened during the pandemic, it’s only offering curbside pickup for now. The Hawthornes say online ordering will hopefully be implemented soon, but until then you can place your order by phone at 414-800-4005 and pick it up at 4905 S. Packard Ave., Cudahy.

Sat Aug 8 , 2020
The ridesharing duopoly got demolished this past quarter as the global quarantine kept customers and drivers at bay. Uber (UBER) reported earnings last night, and it was as painful as analysts anticipated. Mobility bookings (aka ridesharing) were down 75{c33c21346ff5e26ab8e0ae3d29ae4367143f0d27c235e34c392ea37decdb8bed} in Q2. The company was able to hedge its primary topline […] 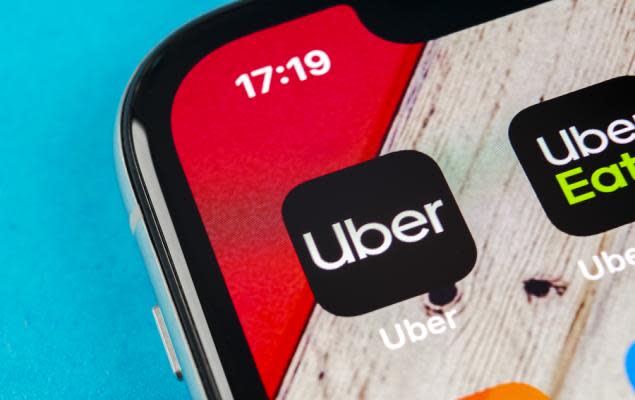