It’s January, and most of us have announced to our friends and family some sort of New Year’s resolution pertaining to our health. Losing belly fat and exercising may be high on the list, but eating better food should be too. If you’re a frequent customer at fast-food chains, it may seem like simply opting for “healthier” menu items could be enough to achieve better health outcomes, but the truth is, even lighter menu options at places like Chick-fil-A, McDonald’s, or Wendy’s is still considered fast food—and they are still worse than a simple homemade vegetable-forward meal with whole grains, healthy fats, and lean protein.

Think of it this way: In order to provide the same satisfaction you’d get from eating a burger with fries, “healthy” fast-food options have to have some way of reeling you in and keeping you coming back for more. After all, this is the fast-food business model and often includes compromising dietary guideline recommendations in favor of flavor and crave-ability. While the marketing strategies of big food chains have caught on to the fact that most people are looking for healthier options on their menus, their actual food production methods still haven’t.

The biggest danger of “healthy” fast food is that you’ve been fooled into letting your guard down and thinking that regularly consuming this food is no big deal. Sure, the calories may end up being lighter, and you’re surely consuming less fat, but calling anything you can order at a fast-food chain “healthy” is a major stretch.

Take the recent example of Business Insider journalist Kevin Reilly, who conducted an experiment in which he ate nothing but “healthy” fast food for a whole week. Yes, he did lose 7 pounds in 7 days, but at what cost? According to his testimony, he often felt sluggish, was consuming waaay too much sodium, and ended up suffering a terrible migraine after a few days on this “healthy” diet. This is just the tip of the iceberg.

Here are some of the potentially dangerous side effects of regularly eating “healthy” fast-food items. Do not mistake them for actually healthy food. And for more, don’t miss The One Vitamin Doctors Are Urging Everyone to Take Right Now.

One inescapable fact of fast-food fare is that it’s mass-produced, and what that usually means is highly processed. Processed food is any food that has been chemically altered and made from only refined ingredients and artificial substances (as opposed to whole foods). Let’s say you’ve ordered a plant-based burger or sandwich—it’s great that you’re opting to eat less red meat, but the patty, bun, and sauces you’re getting with this order are still highly processed. Ordering a salad where you can actually identify the vegetables with the naked eye? So far so good, but we’ll bet there’s other stuff in there like deliciously-flavored croutons or a creamy dressing, which are full of simple carbohydrates, added sugars, and contain nothing of nutritional value at all.

Relying on mostly processed food for your nutrition can lead to weight gain, cardiovascular disease, hormonal imbalances, poor sleep, and a plethora of other negative consequences you may not even think to attribute to your diet, like mood swings, declining dental health, acne, hair loss, etc. Here are 21 Things That Happen to Your Body When You Stop Eating Processed Food.

Don’t forget to sign up for our newsletter to get the latest food and restaurant news delivered straight to your inbox.

Sodium is one of the most over-consumed nutrients in the United States. In fact, about 90{c33c21346ff5e26ab8e0ae3d29ae4367143f0d27c235e34c392ea37decdb8bed} of Americans consume more than the daily recommended amounts of sodium, says nutritionist Toby Amidor. There are few things worse for your cardiovascular health than large amounts of sodium, considering it increases your blood pressure and puts you at a significantly higher risk of a stroke, heart attack, heart failure, and kidney disease.

Fast food is notorious for being loaded with sodium. For example, many salads, as well as sandwiches and soups, from major fast-food chains contain more than 50{c33c21346ff5e26ab8e0ae3d29ae4367143f0d27c235e34c392ea37decdb8bed} of your daily recommended intake.

“Many fast-food chains add flavor to their food by piling on the salt, even on so-called healthy menu items,” says Amidor. “As such, you could be taking in 75{c33c21346ff5e26ab8e0ae3d29ae4367143f0d27c235e34c392ea37decdb8bed} or more of the recommended daily sodium in one meal.” So yes, you may be going light on the calories and eating lean meat like grilled chicken, but you’re wreaking havoc on your body with artery-clogging sodium levels.

Added sugar is a silent killer, and it finds its way into many different components of fast food, including the “healthy” menu items. For example, you may think you’re doing yourself a service by opting for a yogurt parfait or oatmeal over an egg and bacon sandwich, and you are… to an extent. But those items often have way more added sweeteners, like high-fructose corn syrup, than is recommended per meal. “Chains oftentimes use more than what is deemed a reasonable amount of added sugars to make their food more appealing and addictive,” says Amidor.

The worst part is that added sugars aren’t always as obvious—besides traditionally sweet breakfast items, you’ll also find them in salad dressings, smoothies, and even grain bowls and grilled chicken sandwiches. Here are the 35 Most Sugary Restaurant Meals on the Planet.

It’s a no-brainer that consuming lighter meals for breakfast, lunch, and dinner will leave you hungry during the day, and a lot more prone to snacking. Reilly pointed out in his video that while he did drop seven pounds in a week by opting for lighter menu items from fast-food restaurants, he was constantly hungry and felt like he wasn’t getting enough food at mealtime. So unless you’re willing to go hungry like him between meals, your weight loss plan of “healthy” fast food may end up backfiring in several ways: you could end up snacking more, which can rack up extra calories quickly, or you could end up in a deprive-then-binge cycle where you’re more likely to succumb to your overeating urges later in the day.

For more, make sure to read up on the the Unhealthiest Snack Foods, According to Science.

Wed Jan 6 , 2021
Walt Disney World is ramping up tourism efforts in the New Year, though obviously with COVID-19 restrictions in place.  The most magical place on Earth is inviting guests back to a series of food events, including the Food and Wine Classic, its annual dining festival. However, in the age of the pandemic, […] 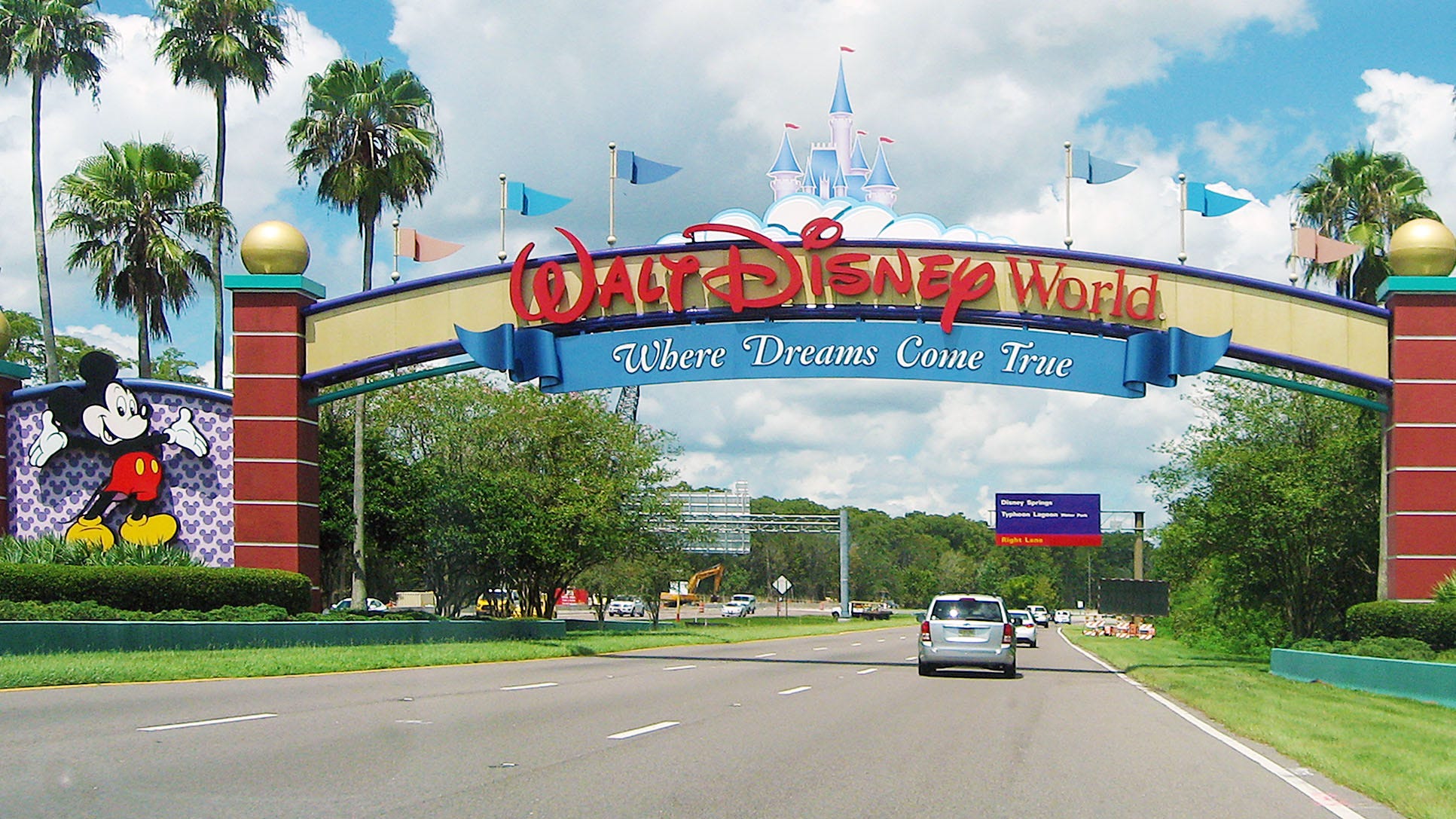