Diana Kennedy sank into a dimpled leather chair at the Hotel Emma in San Antonio, leaned over her glass of Scotch and told me that the real enemy of every writer was mediocrity.

This was in 2019, when she was 96, and decades of deep culinary research had made her a leading authority on Mexican food for British and American home cooks — both despite the fact that she was a British-born white woman, and because of it. I thought of that moment when friends confirmed that she had died on Sunday, at her home in Michoacán, Mexico.

I met Ms. Kennedy on a bumpy, two-day road trip from that home in the countryside of western Mexico, to the University of Texas at San Antonio, about 800 miles to the north. By then I’d followed many of her recipes, and I knew her voice on the page — confident, thorough, precise.

In person, she was more brilliant, brutal and devastatingly funny than I’d imagined, telling libidinous jokes and punctuating conversations with vicious, eloquent swearing. She shared the details of long-held vendettas with glee. She cackled and growled. She complained about everything that didn’t meet her standards — cookbooks, compliments, foreign policies, muffins.

Ms. Kennedy wasn’t trained as a journalist, and never really identified as one, but she formed her own model for reporting recipes as she went along, traveling Mexico in her pickup truck, working beside home cooks and farmers, and documenting their work.

Then she stormed in with book after book, demanding that British and American audiences recognize the depth and breadth of Mexican foods. She exalted the country’s diversity of ingredients, regional styles and techniques, lamenting changes toward industrialization, monoculture and prepared foods.

In articles about her, the image that always stood out to me was a variation of Ms. Kennedy in khakis and boots, standing in rural Mexico next to her dented white truck, her puff of hair usually wrapped under a scarf and broad-brimmed hat. It painted the food writer as a kind of adventurer, and she often spoke of carrying a gun and sleeping on the road, tying a hammock between two trees wherever she chose to rest. Anything for a recipe, she said.

Over the decades, the travel was constant, frenetic and obsessive — an escape, she’d call it, though she never said from what. Ms. Kennedy lost the love of her life, Paul Kennedy, a foreign correspondent for The New York Times, in 1967, and until he was diagnosed with cancer, they’d lived in Mexico City, where he was stationed. Over and over, throughout her career, she told how after her husband’s death, Craig Claiborne, the newspaper’s food editor, persuaded her to teach Mexican cooking classes.

Many of the home cooks Ms. Kennedy apprenticed herself to — the people she learned from and lived with on the road, the people whose work she built her name and career on — were rural Mexican women, Indigenous women and working-class women. Some of them held jobs as cooks and maids in her friends’ homes.

Their food had not been celebrated in English-language books before, and had rarely been featured in books published in Mexico, either. Ms. Kennedy saw beauty in their everyday cooking, and her enthusiasm was magnetic.

She changed the way millions of people perceived Mexican food, and relished the power in that role. But when she appeared on television, teaching Martha Stewart to make tamales de frijol from the Sierra Norte of Oaxaca, wasn’t something lost? Her answer would be no. But the fact that Zapotec cooks still aren’t in the international spotlight as experts on their own foods says otherwise.

Ms. Kennedy never considered the recipes she published to be her adaptations or interpretations. Instead, she saw herself as a keeper of and conduit for Mexican culinary history. Though she cared deeply about credit, and most of her recipes name their sources, beginning with her first cookbook, “The Cuisines of Mexico,” in 1972, her work never managed to illuminate the women she learned from, only their food. And she never reckoned with her authority over Mexican cuisine as a white British woman. When asked about this tension — and she often was, to her annoyance — she evaded the question or fought it off, as if the rigor of her work could make it unassailable.

She emphasized specificity and technique, and she rarely suggested substitutions or shortcuts. Once she learned a recipe inside and out, practiced it and published it, she guarded it ferociously. In her mind, the recipe was hers now, and her job was to secure its survival, no matter the cost.

She never backed down from her ludicrous position of dismissing Tex-Mex, California Mexican food and all of the rich, regional cuisines that grew from the Mexican diaspora. She also disparaged creativity and adaptation among Mexican cooks in Mexico who dared to alter classic dishes as she’d recorded them — the most paradoxical of her positions.

I often think about how Ms. Kennedy, a cooking instructor with an insatiable appetite for the road, was compared to Indiana Jones. She imagined dishes as artifacts she could rescue from disappearance, display and teach; and she did the extraordinary and essential work of documenting so many.

The problem though, and I think it must have felt like a problem to Ms. Kennedy, is that dishes cannot be contained like artifacts behind glass. That Mexican cuisine, like all others, exists as both a shared idea and a practice, belonging to a collective — not only alive, but wriggling, impossible to keep still.

Wed Jul 27 , 2022
A letter sent to President Joe Biden by Congressman Jamie Raskin (D-MA) and 31 other United States House of Representatives members urges for at least one vegetarian entrée at every federal facility across the country. The letter asks for a meatless meal to be a requirement for federal facilities ranging […] 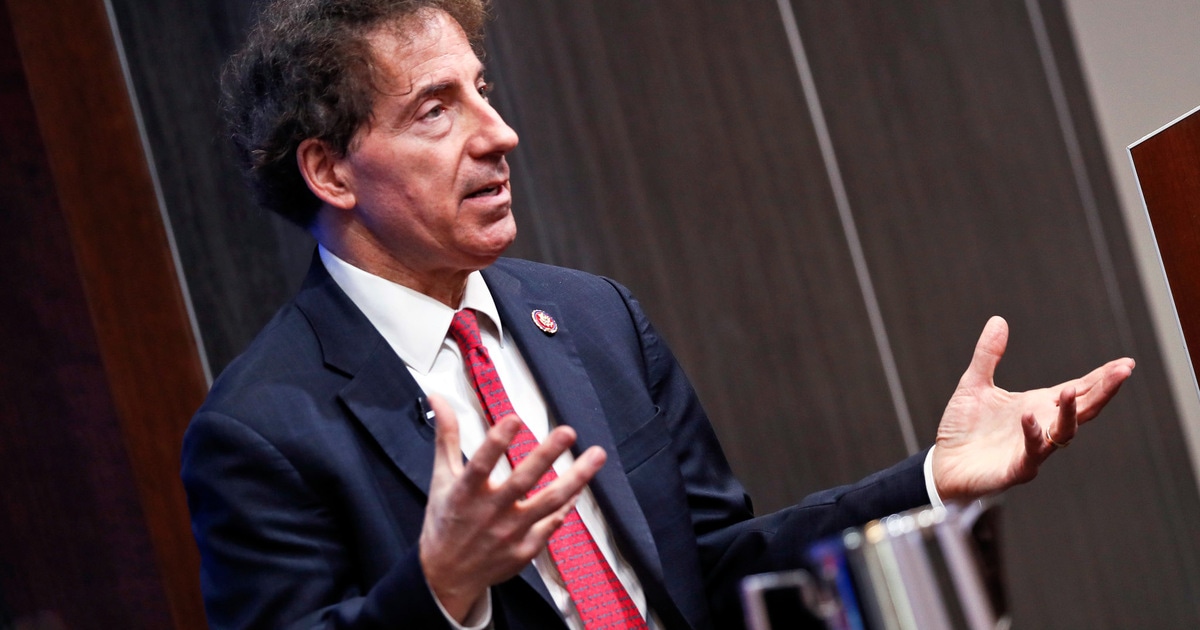