Andy Coyne looks at the emergence of plant-based pet-food options and assesses whether the niche can build into a meaningful market.

Because human food trends often get taken up by pet-food manufacturers – organic ingredients or added protein, for example – are we likely to see a significant market for plant-based alternatives take shape?

There are a number of challenger brands, on both sides of the Atlantic, with meat-free, wet, pet-food offerings but as yet the major manufacturers have, by and large, kept their powder dry.

Firstly, it should be pointed out the niche predominantly focuses on plant-based options for dogs. As omnivores, dogs can survive on a meat-free diet. Cats are obligate carnivores and need some essential nutrients only found in animal sources.

An Italian company, Ami, has created a plant-based pet-food for felines, which it claims contains the essential nutrients cats get from meat and fish. However, the general consensus among industry watchers is plant-based food is not cool for cats. just-food approached Ami for comment for this feature.

But the arguments for dogs going meat-free, or at least having meat-free meals as part of a flexitarian diet, are being forcefully made and large pet-food manufacturers are watching developments carefully.

Mars, for example, when contacted by just-food for this feature, said: “We’re not currently ready to speak about this topic, but we do have some exciting products in development that may be of interest.”

And, as ever with emerging trends, big food companies have the options of launching products into the market themselves, watching as smaller businesses come onto the market and, potentially, buying an existing provider.

In October, Lily’s Kitchen added a new product to the line-up – a Vegan Rainbow Stew – made from ingredients such as millet, lentils, courgettes, carrots and peas.

Samantha Crossley, marketing director at Lily’s Kitchen, says: “As part of a balanced, healthy diet full of proper meat and vibrant veg, plant-based pet food can be a great option for dogs. There’s often a perception that dogs should only be fed meat, but actually, as omnivores, it’s recommended that dogs get 20-30{c33c21346ff5e26ab8e0ae3d29ae4367143f0d27c235e34c392ea37decdb8bed} fruit and vegetables in their diets.

“We have seen a demand for more diverse meal options for pets, allowing for more choice and excitement at mealtimes.

“The ‘humanisation’ trend in pet food is something we have embraced over the years, and our Vegan Rainbow Stew is a great example of how this continues to evolve. As many people are eating less meat, we felt it was time to add a plant-based option for dogs.”

Crossley said that, since launch, Vegan Rainbow Stew has been bought by more than double the number of customers that bought an existing plant-based product in the Lily’s Kitchen range, Wholesome Veggie Feast.

“Thirty two per cent of customers who bought the vegan recipe bought it as part of their first order with us, showing it is something consumers are actively seeking,” she says.

Crossley sees a clear link between the growth of plant-based human food and the emergence of meat-free dog-food.

“We anticipate a parallel demand from pet parents wanting to feed their dogs less meat, while maintaining a healthy balanced diet,” she says.

However, she admits there is still a need to educate dog owners who think a dog’s health will suffer if its diet is not meat-based.

“We work with experts and pet nutritionists to provide a healthy balanced diet and our recipes have each had full vet-approval. By implementing this rigorous research and approving system, it will give our customers a reassuring message that dogs require the balanced diet and they can understand the positive scientific impacts it will have on their pet,” she says.

The new range has launched with a Hearty Quinoa & Pumpkin Casserole product, which features “high quality proteins and 100{c33c21346ff5e26ab8e0ae3d29ae4367143f0d27c235e34c392ea37decdb8bed} clean, prebiotic superfood ingredients such as organic protein and antioxidant moringa”.

Hownd says the product can be fed to dogs over a few meals a week to aid their overall health or offered to pets on a fully-vegan basis to suit the ethics of dog owners within the UK’s 600,000-strong vegan community.

Hownd co-founder Jo Amit is very conscious of the potential for plant-based dog-food to grow. “It [plant-based human food] is a very new space but it has absolutely smashed through to the mainstream in human society. That will happen with pets.

“It is definitely going to grow. It benefits the planet and it benefits dogs”

“It is definitely going to grow. It benefits the planet and it benefits dogs. Half of UK dogs are obese and there are hormones and toxins in meat. Many dogs have health issues.

“A lot of dogs could be brought back to health on a plant-based diet. But it may take time for people to realise this as it did with vegan food [for humans].

“This a delicious plant-based diet. Why would we feed dead animals to our animals?”

Hownd mainly sells its products direct to consumers via its website. The fact it sells into 20 countries and has recently secured retail distribution in Spain and Germany.

In the US, Washington state-based Wet Noses has been producing plant-based ‘treats’ for more than 20 years and sells its products through pet-food stores and online.

Although it now produces meat-based pet-food as well, the company’s main focus remains on plant-based lines because of an emphasis on minimally-processed ingredients.

Johnni Rodgers, Wet Noses’ CEO, says: “Our view of plant-based food isn’t different from our approach to food in general. We believe that fresh food is best, that less is more, and that real bodies need real food.

“In my opinion, plant-based is already mainstream. We often just don’t look at it that way. Pups have been eating pumpkin-based dog treats forever. Peanut butter and banana is our best-selling product. If we look at plant-based for what it is rather than a ‘meat replacement’, it’s clear we’re already there.”

The niche has been noticed by ingredients suppliers. Writing in October, Ireland’s Kerry Group suggested a “plant-based pet-food frenzy is on the horizon”.

It said: “The plant-based food movement is surging. With pet-food trends closely following human food and beverage trends, plant-based ingredients and plant-based protein are a trending topic amongst pet-food manufacturing professionals and becoming more mainstream in the pet food market.”

“Opportunities in this space aren’t limited to vegan and vegetarian pet owners, however, as roughly a quarter of consumers that identify as omnivores would consider feeding their dog a plant-based diet if one were available that met their criteria.”

“These numbers can be expected to see significant growth in the coming years as more plant-based foods and plant-based meats become available,” it said.

The company also suggested cost is another hurdle for manufacturers, with vegan pet foods retailing at upwards of twice as much per pound when compared to ‘super-premium’ meat-based counterparts.

Connolly is now CEO of US pet-food business Natural Balance, which was sold by human- and pet-food major J.M. Smucker to private-equity firm Nexus Capital Management in December.

He describes plant-based dog-food as “definitely a growing segment” and believes his company has plenty of room to expand in this area.

He says: “Natural Balance has been in that space with just one formula. We were amazed that the sales that these three bags generated were amongst the highest in the company. It got us thinking.”

He adds: “I think for dogs there’s significant opportunity and that’s been aggressively considered as part of our innovation and renovation.”

With vegan dog owners wanting their pets to have a meat-free diet and flexitarian owners paying increasing attention to the purported health benefits of giving their dogs meat-free food at least some of the time, the prospects for the plant-based pet-food niche, albeit from a low starting point, seem good.

There is another reason why plant-based pet food could be an increasingly popular choice in the future: the environment.

Amira Freyer-Elgendy, an analyst at London-based research company GlobalData, referencing research from Robert and Brenda Vale at Victoria University of Wellington in New Zealand, says a “key driver for plant-based pet-food is environmental concern, as it is commonly believed pet dogs have the carbon footprint double that of a typical SUV.”

She adds: “The idea of reducing the environmental ‘pawprint’ of the animal is increasingly appealing with rising awareness of climate change. Pet products are responsible for 25-30{c33c21346ff5e26ab8e0ae3d29ae4367143f0d27c235e34c392ea37decdb8bed} of the environmental impacts from animal production (use of land, water, fossil fuel, phosphate, and biocides).”

Amit at Hownd makes a similar point. “As much as 30{c33c21346ff5e26ab8e0ae3d29ae4367143f0d27c235e34c392ea37decdb8bed} of reared livestock is destined for pet food and at least 20 times more land is required to feed a meat-eating dog than one on a plant-based diet, so even a simple switch to a flexitarian doggy diet will make a positive impact on the planet.”

Elsewhere at Nestlé, the company is also experimenting with other types of protein.

Through its well-known Purina brand, in November, Nestlé launched Purina Beyond Nature’s Protein, a line that includes insects as well as plant protein from fava beans and millet.

This type of hybrid product – which can also be given to cats – is predicted to be an area of growth within the category.

GlobalData’s Freyer-Elgendy says: “I personally think insect protein and lab-grown meat are more likely to be the future of pet-food.

“It reduces the environmental effects, while still appealing to those who believe that one shouldn’t deny animals access to meat. However, both require a consumer sentiment shift, as these concepts haven’t found mainstream popularity yet.

She suggests “prebiotic, organic, antioxidant and superfood are all buzzwords that will help catch pet owners’ attention”.

At Hownd, Amit is convinced it will not be long before the world’s major players in pet food make more moves in the plant-based area.

“I think we will get copied. The corporates will bring out their own versions. I’m sure they are keeping an eye on us,” she says.

But it is not a development she fears. “Other brands with big investors will come out but the more brands there are in this space the more authenticity this area has,” she says.

How we can reduce food waste and promote healthy eating

Wed Apr 14 , 2021
In a recent journal article, University of Illinois researchers Brenna Ellison (left) and Melissa Pflugh Prescott discuss ways to reduce food waste while promoting healthy nutrition. Credit: College of ACES, University of Illinois. Food waste and obesity are major problems in developed countries. They are both caused by an overabundance […] 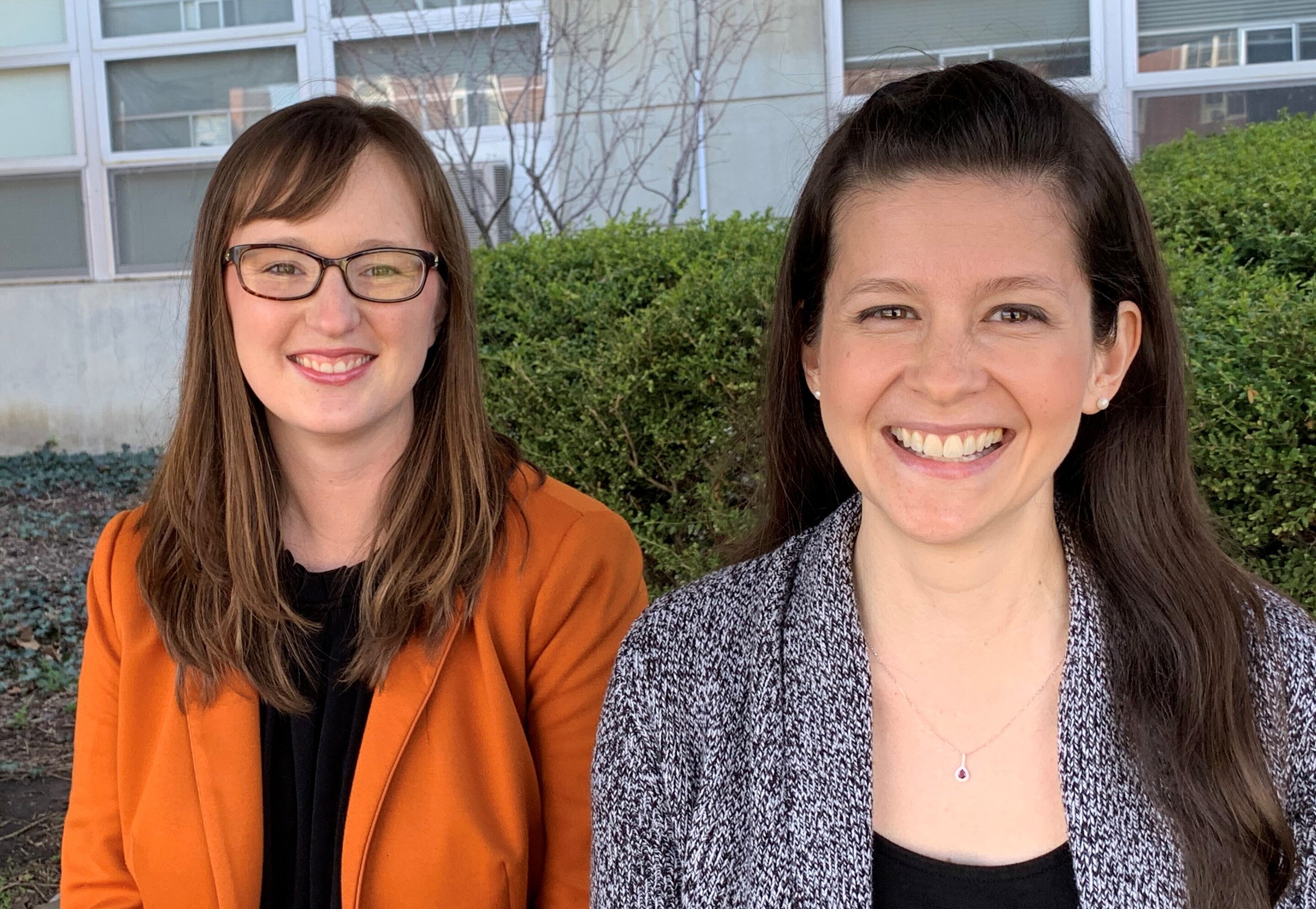