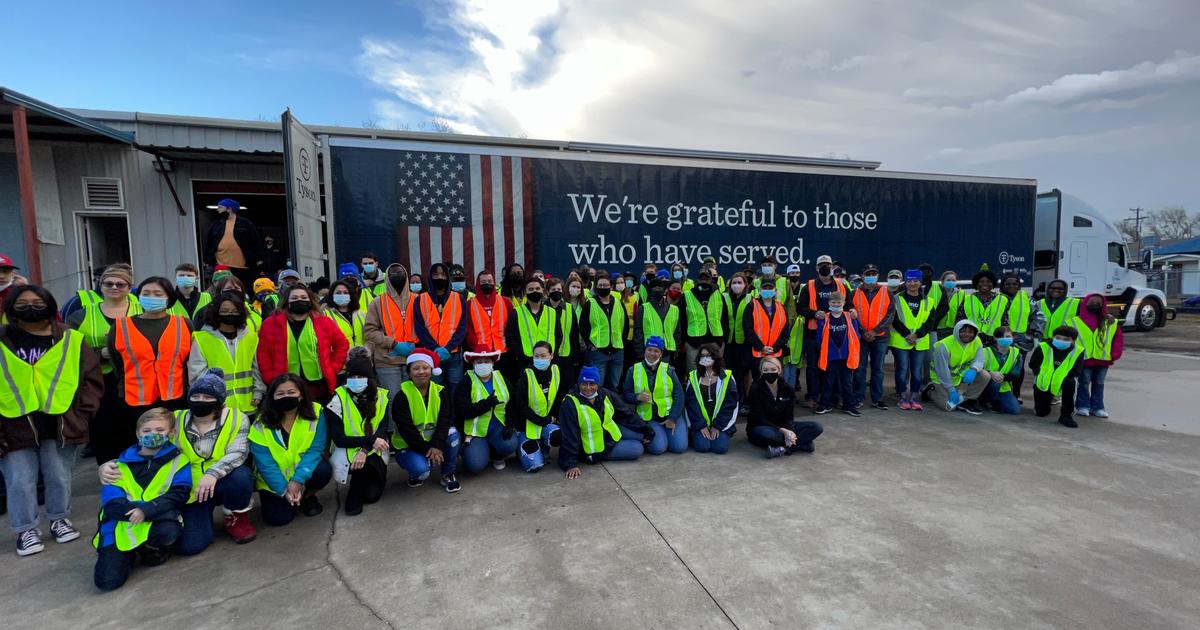 The Pentagon — and “CBS Evening News” viewers — responded to the crisis military families face in regard to food insecurity following extensive reporting on the issue.

The response and donations were able to bring in 1 million meals — enough to feed 7,000 families battling hunger.

Near Fort Hood in Texas, hundreds of families each received 60 pounds of free groceries.

“This food makes a huge impact on their lives, on their family lives,” said Sergeant Nathan Akridge.

In February 2021, CBS News started reporting on military families struggling to feed themselves.

The reasons ranged from low incomes to frequent moves to being denied moving up their chain of command.

“How can they focus on the mission when your family can’t even survive?” said Abigail Kennedy, an active-duty Navy spouse.

In one study, nearly 40% of active-duty military families faced hunger issues at the start of the COVID era.

Finally, the Pentagon agreed to help them.

“Our men and women in uniform have enough to worry about. Basic necessities like food and shelter shouldn’t be among them,” Defense Secretary Lloyd Austin said.

CBS News viewers also made donations totaling more than $600,000 — which had a big impact.

“This would not have been possible without the support of CBS shining a spotlight on the issue and then the viewers who leaned in. Incredible support,” said Shannon Razsadin, the executive director of the Military Family Advisory Network.

These families have our backs and CBS News viewers had theirs.

Mark Strassmann has been a CBS News correspondent since January 2001 and is based in the Atlanta bureau.