The first meal I ate in my new apartment was not so much a meal as it was an assortment of panic purchases from a 24-hour deli and fruit stand around the corner. The apartment was mostly unpacked, but there were boxes on the floor bound for the recycling bin. I had spent the whole day doing errands that were mostly stupid, and now, it was 9 P.M. and I was starving. The “dinner” I purchased was really a sad appetizer plate: some grapes, a few beverages, and a hunk of cheese. This was all I could muster, and I’m happy to say that it solved the conundrum that has plagued me for some time: cooking for one.

Even when I lived with roommates and was ostensibly cooking a meal for one, I always made enough for leftovers, and usually, if the food I made was good, I would share. My cooking philosophy isn’t particularly unusual or noteworthy; I like cooking a lot and am happy to do it, but I love to do it the most for other people. Cooking for myself only isn’t sad per se; I am happy to sit down at the kitchen table with a meal that I’ve made for myself and eat in my own company, but I have yet to master the art of proportions. My instinct when cooking is to make enough food for the week ahead, meal prepping for my previous life as a woman who commuted to an office every day. Breaking myself of those instincts wasn’t necessary during the first part of the pandemic, because I lived with other people who were happy to eat the results of my anxiety: a vat of chicken pastry or pan of butterscotch brownie bars, or any of the other recipes I’ve dutifully transcribed from the internet to a notebook so I can follow along without touching my telephone with hands covered in raw pork.

Part of me assumed, stupidly, that I would become a more adequate, considered, and thoughtful cook once I moved out into my own space. Beef stroganoff on a Tuesday night, why not. But what actually happened is what I suspected all along: Nothing notable about the way I lived changed once I started living alone, and so I continue to make big dinners to eat alone, in my kitchen or in front of the TV, in companionable silence with myself.

There is no shame in dining alone, but the writing surrounding this act is enough to make one think there should be. A genre of essays about dining alone tackles the supposed difficulties of eating in a restaurant as a single woman—a fate seemingly worse than death. Countless blog posts written by solo women travelers list out things to do at a restaurant to occupy yourself when you’re waiting for the pasta bolognese. OpenTable—remember restaurant reservations?– published a blog in 2015 written by a man named Nevin Martell, on the “art of dining alone,” listing out six ways to occupy the time and to stave off interlopers who, the blog assumes, are certainly gossiping about why the lady in the glasses is eating a salad by herself at the bar.

The stereotypes around the woman eating alone were already dated and rude; but eating alone has, for many people, become a reality this year that has just been accepted as the current norm. Occasions once marked by the sharing of a meal, like birthdays and anniversaries, are now spent in the company of your immediate household or—if you are your entire household—completely alone. This is a difficult adjustment, but one that many people are making; the stigma of being alone melts away when it is the default and not the outlier.

But even the most curmudgeonly amongst us are weak to the siren call of the holiday season. Thanksgiving beckons—a holiday that is categorized by family gatherings and eating massive amounts of pumpkin pie—and with it this year, a strict warning from the CDC and other bodies of government, urging people to simply go against what they’ve always done for one year and to stay away from the people they love. The Monday before Thanksgiving, Andrew Cuomo, governor of New York, said he would make an address. Instead of announcing a shutdown or some sort of other measure to prevent the second wave of the pandemic from being as bad as the first, he told a story about his daughter, Mariah, and then announced the completion of an expressway in Harlem. Because governments on the local and national level have largely failed to handle the pandemic in a way that makes sense, everyone is left to their own devices, asking hard questions of people they love, thereby questioning the trust that is often thought of as unshakeable.

Eating alone is quite pleasurable as a choice. No one is upset if I accidentally use too much salt, or if the noodles are slightly too al dente. I’m cooking for the one person that I’m solely responsible for, and that in and of itself is a small pleasure. Under duress, the same solitude isn’t necessarily negative. There’s something pleasantly masochistic in feeling maudlin over eating a holiday meal alone, crying cinematic tears over a plate of stuffing for one. In 2009, food writer Judith Jones published The Pleasures of Cooking for One: A Cookbook, which is less of a traditional cookbook and more of a guide that teaches a different way of thinking about cooking for one. Emphasizing the creative repurposing of leftovers, Jones urges her readers to think of cooking for one as a moment for creativity and the meal itself, eaten alone, as a time for self-reflection. Enjoying just being alone, with a bowl of soup and the reality television show of your choice, is an art. Jones couldn’t have predicted how her treatise would become, not a guide for transitions or outlier evenings, but a more permanent state of being for so many.

No one really asked for this, but we are now being asked to find pleasure in this new ritual. The onus of responsibility and safety is in the hands of every citizen, armed with their own values, morals, rules, and personal failings. Combined with the conflicting information that comes from everywhere, at any time—an Instagram story’s cutesy infographic, a push alert—it’s tempting to simply lay down on the ground and be very still, waiting in vain for the aliens to come. Once that moment passes, though, life is as it was before. The aliens aren’t here, the meteor skipped town for the weekend. It’s dark out. It’s time to make dinner.

Comfort food recipes for one this Thanksgiving

Thu Nov 26 , 2020
Getty Images/iStockphoto Thanksgiving decorations on a table Holidays are normally a time of year for people to gather with their loved ones and spend some quality time together. However, due to the COVID-19 pandemic many people might not be able to spend the holidays with their families. Here are some […] 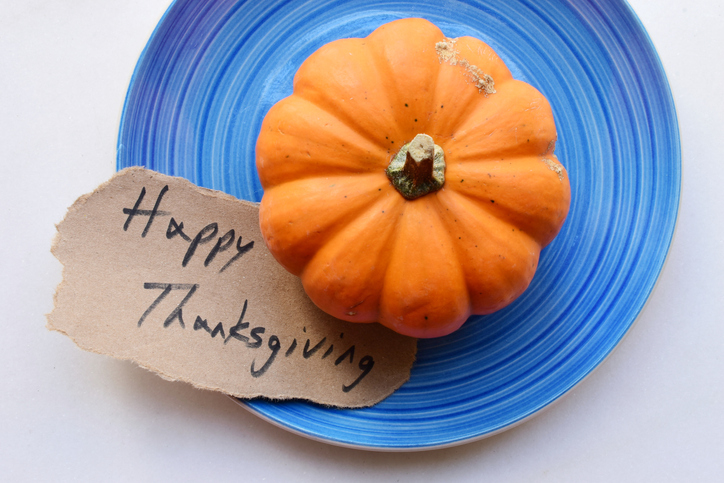