Millburn Standard has had to double its order of espresso beans to keep up with demand.

Yes, the simple cocktail — popular in the ’90s, made of one part vodka, one part espresso, a splash of coffee liqueur and simple syrup, garnished with espresso beans — is making a big comeback.

Jason Turon, a partner at Millburn Standard and the beverage director, said he first noticed the uptick in orders of this heady, bitter drink during summer, and it’s only gained popularity since.

Why? Some Internet sleuthing has revealed a picture of odd couple Timothée Chalamet and Larry David drinking espresso martinis together in New York after the Met Gala in September. Was the combined power of the young superstar and the veteran comedian enough to launch a thousand espresso martinis?

Probably not. But fashion’s turn toward mom jeans, plaid miniskirts and denim overalls might be. The ‘90s are back — in clothing and, apparently, bars.

New brewery:Bloomfield to get its first brewery, Varitage Brew Works, in 2022

“It’s annoying to make,” said bartender Philip Rocha (who works at Porter in Weehawken and, full disclosure, is this reporter’s roommate and couldn’t help but chime in when hearing me interview folks). “Making the espresso is an extra step that takes longer.”

At Porter, espresso martinis are made with vanilla-infused vodka, coffee liqueur, a little bit of simple syrup, fresh espresso and a bit of frothed Irish cream.

Any worthy bartender could whip you up an espresso martini, even if its not on the cocktail menu. Yet, other bars have make it a specialty drink, for instance The Craftsman in Fair Lawn (Grey Goose, Mr. Black cold brew liqueur, espress and Baileys), Stirling Tavern in Morristown (Mr. Black cold brew liqueur, vodka, Trader Vics chocolate liqueur, Fernet-Branca), and Park West Tavern in Ridgewood (Van Gogh double espresso vodka, espresso).

Turon said he usually notices drinks gain and lose popularity based on pop culture. In the late ‘90s, “The Big Lebowski” made White Russians the hot drink of the moment. “Sex in the City” had cosmos. “Mad Men” had the old fashioned. And “Entourage” had Avion tequila.

“I thought maybe espresso martinis were on ‘Squid Game’ or some Bravo reality show,” Turon said. Not so. The most sense Turon can make out of this trend is a nostalgia for the ‘90s. Indeed, TikTok is flooded with users showing off their own take on the recipe.

Espresso martinis were supposedly created by a London bartender for a model who asked for a drink that would “wake her up, then mess her up” — only she didn’t use the word “mess.” Similar to vodka Red Bulls, espresso martinis mix the “upper” of caffeine and the “downer” of alcohol.

This is attractive to many seeking a buzz, but Turon said the combination of sweet simple sugar and bitter coffee beans adds to the appeal. “One enhances the other,” he said.

The cocktail’s popularity at the bar may not have extended to the home. Alpesh Pithadia, owner of Carlo Russo’s Wine & Spirit World in Ho-Ho-Kus, said coffee liqueurs haven’t been flying off the shelves.

“Espresso martinis are a popular drink, but they’re a millennial drink,” he said. “They go to the bar and order one. Most of my customers are older and are more into fine wine.”

Skopos:Meet the hip, young brothers who are changing the restaurant landscape of North Jersey

And though Pithadia doesn’t drink coffee liqueur regularly, if he had to pick a favorite it would be Dolce Nero Espresso Liqueur. “That one is pretty high quality,” he said.

Turon predicts the trend will last through the winter and wane in the spring when fresher drinks become more sought-after than heavy espresso martinis.

“It will always be a staple,” said Turon. “But this level popularity — it’s a flash in the pan.”

How to make an espresso martini

Recipe from the Millburn Standard

Combine all ingredients in a mixer with ice and shake. Strain into a martini glass. Garnish with three espresso beans.

Rebecca King is a food writer for NorthJersey.com. For more on where to dine and drink, please subscribe today and sign up for our North Jersey Eats newsletter.

Fri Nov 12 , 2021
A new mom lost nearly 100 pounds in one year when she stopped eating fast food.  Lillie Monro, 24, from Halstead, United Kingdom, changed her lifestyle after her daughter was born. Doctors told Monro at the time that she might not see her baby grow up because of her weight, […] 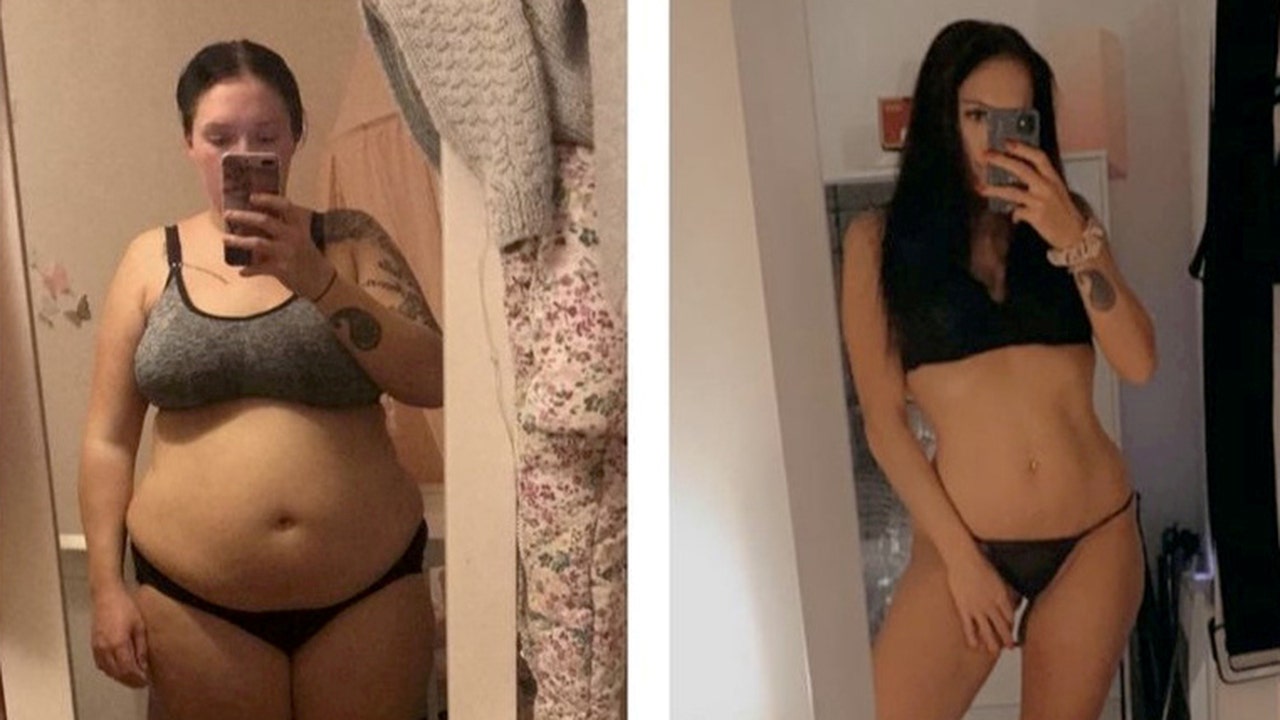