While there are plenty of commercially produced options, there are lots of recipes for making treats at home, said Raelynn Farnsworth, a clinical associate professor at Washington State University’s College of Veterinary Medicine.

What makes a good dog treat? Well, “we don’t know what their senses are,” she said.

Dogs don’t exactly have the most sophisticated palates. They will eat just about anything.

But, nutritionally, we know that some foods are better for them than others, she said.

Some of the commercial dog treats are the same as giving candy bars, she said. “You would never give your kid 10 candy bars a day, but people often give their dogs 10 treats a day.”

If you want to make your own dog treats, look for recipes that include ingredients like oatmeal, whole wheat flour, unsweetened applesauce, unsweetened peanut butter, low-sodium broths, eggs and vegetables like pumpkin and sweet potatoes.

Yogurt, baby food and meat, of course, also are good options. You shouldn’t put in anything your dog isn’t used to or is too rich, Farnsworth said.

And there are certain ingredients that should never be used, including onions, garlic, grapes, raisins, chocolate, macadamia nuts, artificial sweeteners and large amounts of things like nutmeg.

Keeping them small helps because you can give more small treats than big ones, she said.

“The important thing is, as you’re putting treats into their diet, make sure their diet stays balanced,” Farnsworth said. “They do need to consume a certain amount of balanced dog food every day, just for their nutritional needs.

“And, they need to not get overweight. So, as you’re giving them treats, you need to back off on the dog food that you’re feeding them every day.”

In this recipe from allrecipes.com, Farnsworth said the cinnamon is probably more for the humans involved than the dog. It makes the treats smell good, which makes the owner happy about making them and giving them to their pet. As she noted, dogs and humans don’t necessarily agree on what smells good, but I can attest that the two Lab mutts at my house really like these treats.

Whisk together the flour, eggs, pumpkin, peanut butter, salt and cinnamon in a bowl. Add water as needed to help make the dough workable, but the dough should be dry and stiff. Roll the dough into a ¼- to ½-inch-thick slab (or thinner). Cut the dough into ½-inch squares or use cookie cutters to make shapes.

Bake in the preheated oven until hard, about 40 minutes, depending on how thick the treats are. To completely dry out the treats, let them cool in the oven with the door cracked.

Note: The original recipe called for ½ cup pumpkin, but the dough was really tough to work with. Using about ¾ cup pumpkin created a dough that was still fairly dry but easy to roll out. At 1 cup pumpkin, be prepared to heavily flour your work surface when rolling out the dough.

Mon Oct 5 , 2020
Image copyright Getty Images Food firms in the UK including McDonald’s are urging the government to toughen up rules designed to protect rainforests. Ministers are planning a new law forbidding big firms to use produce from illegally deforested land. But the firms say the law should apply to all deforestation, […] 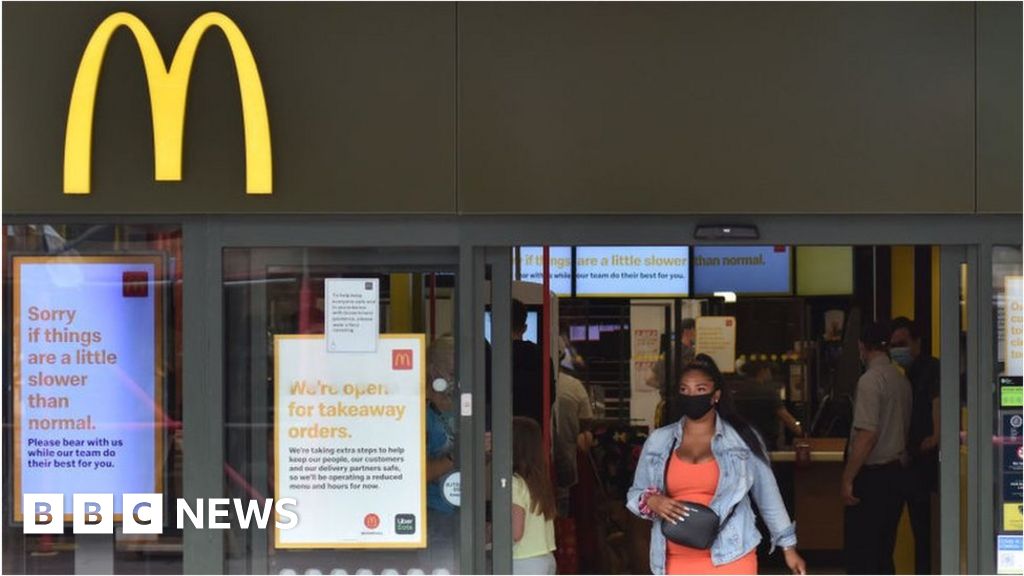