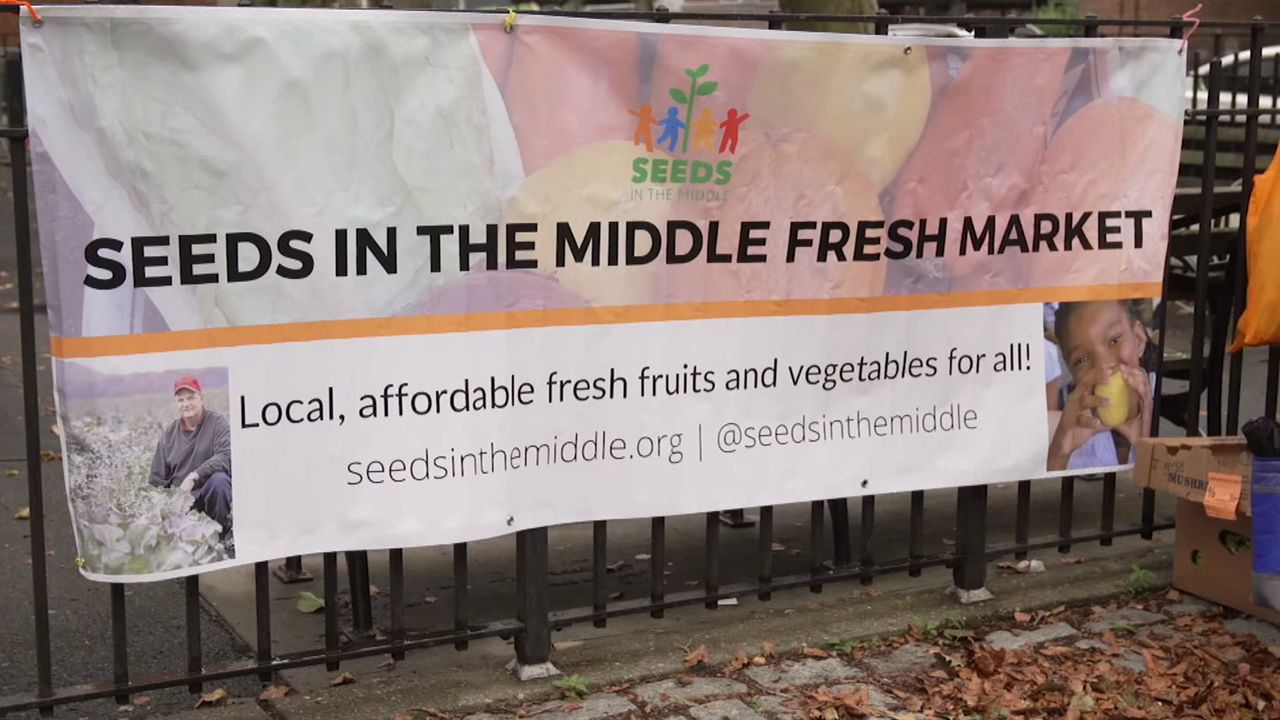 Teacher Renee Cook asked her students this year to list problems in their Brownsville neighborhood.

“The majority of the students mentioned that they don’t have healthy foods and fresh foods, so I thought that was interesting coming from a second grader,” she told NY1.

“Seeds in the Middle empowers and basically trains students, schools and their communities to create a healthier place to live and learn, basically in food desserts where it just isn’t healthy and there’s nothing coming. So, if it’s not going to come you better create it yourself,” Katz said.

The farm stand began in July, at a time when the pandemic has highlighted how Black and Hispanic people have worse health outcomes than their white counterparts in the city.

“Unfortunately, neighborhoods like this, they don’t have the options of having a farmer’s market or even having a wide variety of fruits and vegetables at their local supermarket,” Cook said.

The food is fresh and affordable — a bag filled with leafy green vegetables and more is just $10, and the stand accepts public assistance payments, like SNAP and EBT.

Katz had to fight for approval to open the farm stand after an initial denial due to the pandemic, even as she saw farmers markets and gardens open at schools in her neighborhood of Carroll Gardens, which is mainly white.

“I see all these beautiful gardens, all this great stuff going on and it makes me sad for the children over here in Brownsville and Crown Heights and Flatbush where I’m working, that they just don’t get the same. And when I try to change it, we just go up against so many systemic obstacles,” Katz said.

She’s hoping to overcome those obstacles, and raise money to expand this farm stand model.

“We want to build ten farm stands just like this in neighborhoods in need where there’s a demand for it,” she said.

Easy things you can do tonight for a healthier tomorrow

500,000 London children ‘face food poverty at Christmas if nothing is done to help them’