Next time you order a Big Mac, Whopper or a salad from Sweetgreen, consider this: The wrappers and containers your food comes in have been found to contain toxic chemicals that can contaminate your drinking water, harm wildlife and make you sick.

PFAS are chemicals used in apparel, carpeting, furniture and food packaging designed to keep materials grease- and water-resistant; known as “forever chemicals,” per- and polyfluoroalkyl substances cannot break down in the environment.

A new report released last week on the fast food industry revealed that nearly half of all sampled packaging contained dangerous fluorine levels, while the majority of the locations included do not have policies to address harmful PFAS in their materials.

The researchers say their study emphasizes the need to update the way the government regulates PFAS because of their “high persistence, potential for accumulation and hazards,” some of which are more toxic than health agencies have acknowledged.

“Multiple major food chains have now announced new policies on PFAS. So, clearly, safer alternatives exist and are being used. Those that haven’t stepped up have the ability to do so,” Mike Schade, director of Mind the Store, the campaign behind the study, together with Toxic-Free Future, said in a news release.

“As the largest fast-food chain in the world, McDonald’s has a responsibility to its customers to keep them safe. These dangerous chemicals don’t belong in its food packaging. I, for one, am NOT ‘lovin’ it.’”

The researchers tested 38 food packaging samples collected in January at 16 locations and six fast-food chains in New York City, Washington, D.C., and Seattle, according to the report.

At least one item from every burger chain studied, including wrappers for Burger King’s Whopper and cardboard containers for McDonald’s’ Big Mac, “tested above the screening level for fluorine,” while the paper bags carrying nuggets, cookies and fries also contained high levels of the chemical.

Customers purchasing more healthy foods from Cava, Freshii and Sweetgreen are actually receiving more harmful packaging, the report revealed. Every “molded fiber container” served at these restaurants showed the highest levels of fluorine of all items tested in the study.

While these fiber packages are praised for their compostability, their high chemical content strips them of the title. The country’s two compostability certification organizations — Biodegradable Products Institute and Compost Manufacturing Alliance — say they cannot label items as compostable if they include PFAS or more than 100 ppm of fluorine, according to the report.

The researchers found 14 food packaging items with fluorine levels over 100 ppm, “even though some chains treat them as compostable,” the team said.

Progress is being made

The U.S. Food and Drug administration announced in July that manufacturers of food-contact materials with PFAS have agreed to phase out the sale of these products, however; the use of other PFAS is still allowed.

And although Congress introduced the “Keep Food Containers Safe from PFAS Act” last year, it remains to be passed. The bill gives the FDA until 2022 to enforce it.

Washington was the first to pass a state measure in 2018 created to limit PFAS in paper food packaging; Maine passed their own restrictions in 2019, and bans in San Francisco and Berkeley went into effect this year.

Why PFAS are harmful

Exposure to certain PFAS has been tied to kidney and testicular cancer, thyroid disease, hormone disruption, decreased fertility, lower birth weights, increased cholesterol and changes in nervous system development, according to the report.

Contact with these chemicals, apart from food packaging, happen when they leak into soils and drinking water from industrial sources. They can also invade household dust and air when consumer products containing these chemicals are used.

The researchers said millions of Americans are “drinking PFAS-contaminated water and nearly 100{c33c21346ff5e26ab8e0ae3d29ae4367143f0d27c235e34c392ea37decdb8bed} are carrying a body burden of PFAS.” One study found that eating microwave popcorn was associated with higher concentrations of the chemicals in people’s blood.

What’s more, exposure to PFAS is also tied to a decreased antibody response to vaccines, as well as other chronic conditions that affect the immune system. This, the researchers say, raises concerns about the COVID-19 pandemic.

“Whether the chains are serving burgers, fries, or salad, they owe it to their customers to serve it up in safe packaging,” study co-author Erika Schreder, science director at Toxic-Free Future, said in the release. “We found many instances of packaging that’s PFAS-free — there’s no reason for these chains to choose any food packaging that contains [them].”

Mon Aug 10 , 2020
Two things Sacramentans like to brag about are our agriculture (remember farm-to-fork?) and our racial diversity. These two factors contribute to our variety of cultural festivals. From the teriyaki chicken of the Jodo Shinsu Buddhist Temple Bazaar to the foot-long pork sausage at Hmong New Year, Sacramentans have an opportunity […] 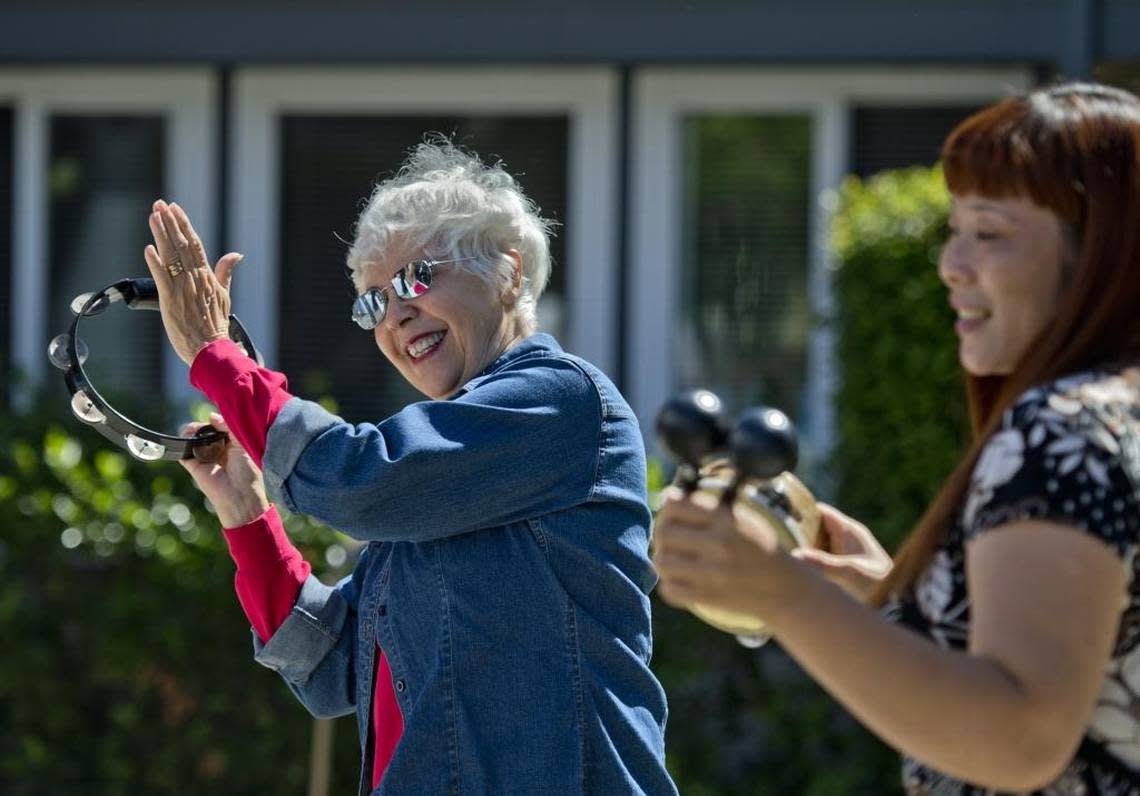