Tucked away down a side street in the London borough of Haringey, Edible London’s “Free Food” stand might be difficult to find were it not for the mouthwatering scent of Carribean food drawing people in.

Of course, having “Free Food” signs posted up around the neighbourhood also helps -particularly at a time when the promise of a free lunch might sound too good to be true in the middle of a pandemic that has left hundreds of thousands struggling to put food on the table.

Yet, a free lunch is exactly what the dozens of volunteers behind Edible London, an organisation aimed at addressing and raising awareness around food poverty, are working to provide, with the initiative seeing thousands of delicious and nutritious meals served up to Haringey residents from all walks of life since the pandemic began.

Every Thursday afternoon, Edible London sees as many as 600 healthy meals distributed to anyone who approaches their stand, with no questions asked.

All of the meals are crafted with nutritional needs in mind, in addition to being vegan, which also helps ensure “that everyone is welcome,” Sunny Karagozlu, the founder of Edible London, says.

“We work with a diverse community and with diversity, you have to be able to open your doors to everyone,” Karagozlu adds. “Our food is for everyone.”

What is food poverty?

When Karagozlu first launched Edible London in March 2018, he had done so to help his community understand exactly what food poverty is and just how easily anyone can become affected by it.

“Food poverty doesn’t necessarily mean people can’t go to the supermarket and do shopping,” he said. “What food poverty actually means, at least, in my opinion, is that the nutritional food that is available out there is way too expensive for anyone earning a normal wage to afford.”

Now, in the middle of the pandemic, he said, awareness around food poverty is more important than ever, with a growing number of people struggling to feed themselves and their families.

For many in the area, Edible London’s weekly initiative, which is hosted outside The Highway House Shelter, an organisation that provides shelter, food, counselling and companionship to those in need, is a lifeline, providing nutritious food to whoever needs it during a difficult time.

“People come here and they say, ‘thank you for what you’re doing. If it wasn’t for this service, we wouldn’t be eating tonight’,” Karagozlu said.

For Angeli, a 32-year-old domestic worker from the Philippines who balances working with raising her young daughter, Snow, who is just under two-years-old, Edible London’s meals have been a saving grace.

“It’s amazing,” Angeli, who asked that her last name be withheld, says. “It helps people who can’t eat and who can’t buy food. It’s very helpful.”

Finding support during the pandemic has been difficult, Angeli said. “I’m scared because of my situation and I need to be able to go out and to get food,” she said.

With Edible London volunteers giving Angeli six meals to take home on Thursday, she said she would be able to eat for the week. However, she said she plans to stretch out each dish over a number of meals to help sustain her.

It takes a village

While Edible London managed to raise more than £51,000 in donations from 456 supporters in just 61 days through an online Crowdfunder page to support its coronavirus response, Karagozlu said it has been the backing of dozens of volunteers and individual organizations and companies that has really fuelled the initiative.

The Highway House Shelter’s CEO Rev. Alex Gyasi has offered a space for Edible London to distribute its meals free of charge. Meanwhile, companies like Carribean catering provider Island Flavours have been unsung heroes, with co-director Jax Joseph personally cooking and donating dozens of meals for one of the weekly distributions.

“It’s for a good cause, so I just offered my time,” Joseph says. “For today, I did about 130 Carribean meals.”

“I have a belief in the idea that people should be able to eat properly and if I can give a day a week, then I’m happy to do so,” he said.

Gyasi says it’s important to remember that anyone can “fall on hard times,” particularly during times like these, which has seen the unemployment rate in the United Kingdom inch closer to the lowest it has ever been.

According to the most recent data from the Office for National Statistics (ONS), the unemployment rate for May to July stood at around 4.1 percent, rising from the previous rate of 3.9 percent.

That data is based on past surveys, however, and does not reflect the most up-to-date reality of the situation.

Food poverty, Gyasi says, “can happen to anybody,” whether they have been unemployed for some time or have fallen on hard times during these unprecedent times.

Karagozlu says he hopes that growing awareness around food poverty will see organisations like Edible London gain more support from the government and from the corporate sector so they can continue to support their communities.

“I try to correlate everything back to plants,” he said. “And your community are your plants, they are your family. They’re there for you to look after. If you don’t water your plants for a couple of weeks, they’ll be finished.”

In that same vein, he said: “You’ve got to constantly love and cherish your community.”

Visit Edible London’s website for details on its coronavirus response

The chefs changing the problem with diversity in restaurant kitchens

Organic September: Could farming be a solution to the climate crisis?

Mon Sep 21 , 2020
Because breakfast foods are the first thing you put into your body, you might feel pressure to pick the right ones and ensure that your mind and body are ready to take on the day. That sugary granola bar or preservative-packed cereal might seem quick and energy-boosting, but those carb-heavy […] 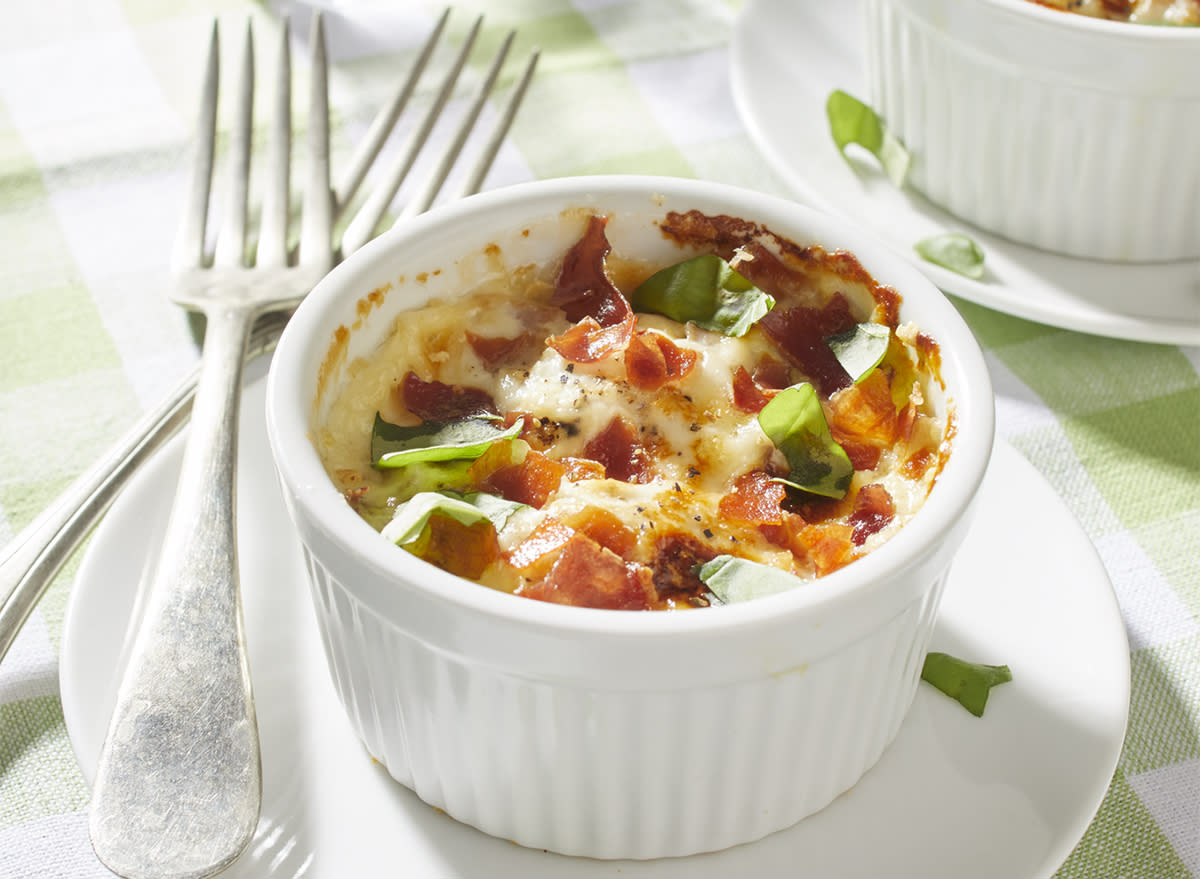