As the COVID-19 pandemic hit hard in the spring, fishermen watched their markets dry up. Restaurants and cafeterias — normally major fish buyers — closed or cut back orders significantly. Fishermen weren’t sure if they were going to get paid for what they brought to the dock.

Meanwhile as people lost jobs, food banks started to see an unprecedented demand for services. Things were getting desperate, with long lines for food assistance in many states.

Out of these dual crises, a new idea was born. Food assistance programs across the country have started connecting with local fishermen to stock up on local seafood, many for the first time. And the arrangement seems to be helping the fishermen, the economy and those in need of healthy food.

In Massachusetts, the Greater Boston Food Bank, which serves more than 500,000 food-insecure people with its 600-plus network partners, was looking for ideas.

According to Catherine D’Amato, president and CEO, the network usually keeps four or five weeks of food on hand in case of emergencies.

While Congress and the states have boosted funding for food banks, and increased donations of fresh produce, meat, dairy and shelf-stable products during the pandemic, it hasn’t been enough.

“For many years, we have been wanting to be able to work with organizations in the fishing industry,” D’Amato says. But it’s complicated. Fishermen catch a lot of big fish, and food banks who might take it need the products to be cut small and easy to use for clients. It also has to be fish they know and recognize.

The barriers have been too high in many places to make it work.

But this spring, the state department of agriculture connected the food bank with some grant makers at the Massachusetts Institute of Technology and other entities. They talked to some local fishermen about developing a traditional New England haddock chowder.

Haddock is plentiful in Cape Cod Bay, but it’s not in high demand because it’s rather small and doesn’t fillet well, according to the Cape Cod Commercial Fishermen’s Alliance. In other words, it’s perfect for chowder.

The grants paid fishermen for their catch and provided seed money for a local manufacturer to process, freeze and deliver the chowder to food banks in family-size servings.

“We worked with the manufacturer to create a nutrient-rich recipe and to date, we’ve received 48,000 pounds. And now we have started to purchase the product,” D’Amato says. “It’s very tasty and popular.”

Studies have shown eating just one or two servings of seafood a week can reduce the risk of coronary death by up to 36{c33c21346ff5e26ab8e0ae3d29ae4367143f0d27c235e34c392ea37decdb8bed}. And preliminary research into the omega-3 fatty acids found in many types of fish can help treat or protect against age-related cognitive decline such as dementia and Alzheimer’s disease. Eating more of certain kinds of fish has also been shown to reduce asthma symptoms in city kids exposed to pollution.

But many people are not sure how to cook fresh seafood, and it can be expensive if you’re on a budget. That may be why many feeding programs haven’t handled a lot of fresh fish.

“We have handled, you know, your typical fish sticks or fish made with a breading on it,” D’Amato says — which she says is not necessarily the healthiest option.

But the new chowder is chock-full of vegetables, and it’s easy — just heat and serve.

“Consumers are used to red meat, poultry in every shape and form. Pork is sort of further down the list. We do offer items like tofu. … But fish has been a missing component,” she says.

The chowder, branded as “Small Boats, Big Taste,” is helping to feed families and keep fishermen fishing in Massachusetts. The fishermen hope to sell it in retail stores in the next year, and D’Amato hopes to purchase more chowder and expand into new seafood products for her clients this winter.

In other parts of the country, local fishermen hurt by COVID-19 are getting to work supplying food banks, too.

Paul Parker is the founder of Catch Together, a nonprofit organization that works with small-scale fishermen to connect the local fishing industry with the local community. Catch Together provided some of the grants for the chowder project and others around the country.

When the pandemic hit, “Our first round of funding was to just make sure that small-scale fishing organizations and their leadership were able to continue their typical programming in 2020,” he says. That means things like fisheries management and keeping consumer markets open.

“The second phase of our work was to begin doing outreach to commercial fishing organizations and to food banks around the country and try to learn about places where we could help provide fishermen fair wages to go fishing while simultaneously providing great, healthy food for people that needed it,” Parker says. 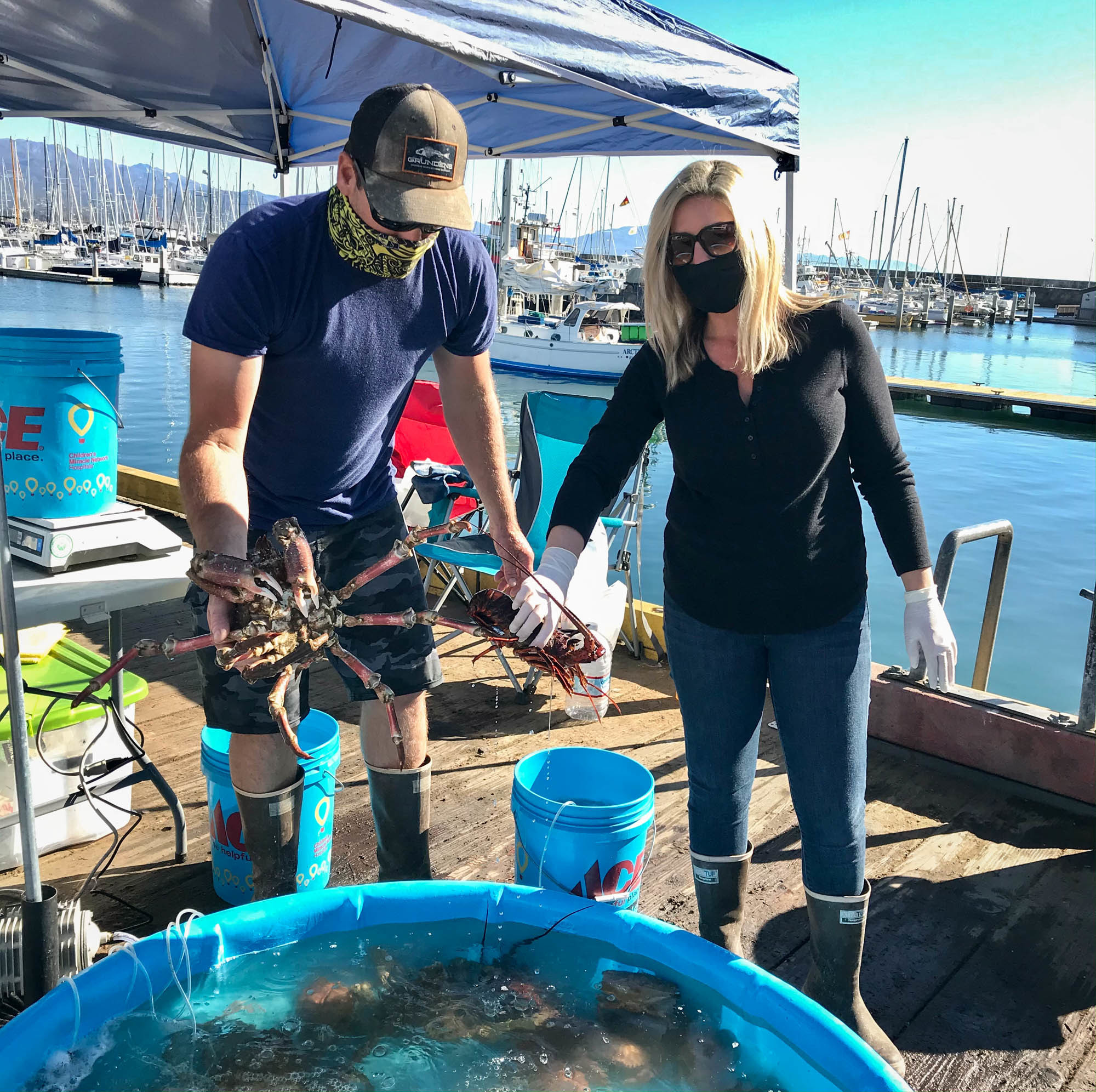 Catch Together set out to support up to 10,000 fishermen to provide food for 1 million Americans in need this year. It’s led to innovative programs that are putting local shrimp in Mississippi food banks and getting sockeye salmon to the needy in Alaska.

Catch Together also gave a $53,000 grant to the Commercial Fisherman of Santa Barbara. The fishermen worked with community partners this summer to get 7,000 pounds of flash-frozen Pacific rockfish, yellowtail, grenadier, white sea bass and black cod fillets into their local food bank.

It was a hit, and they plan to expand the offerings this winter to include bringing fresh fish to soup kitchens as the pandemic continues, says Mike Nelson, the Commercial Fisherman of Santa Barbara’s program officer.

While COVID-19 has caused a lot of hardships, it’s also created new opportunities for fishermen. The food bank partnership is one part of it.

For fisherman Paul Teall, when his usual restaurant buyers in Los Angeles stopped buying this fall because the county restricted restaurant business to takeout only, selling directly to consumers at a small seafood market on the dock in Santa Barbara suddenly became a lot more important.

Teall is a longtime Santa Barbara fisherman who sells a variety of seafood native to West Coast waters, including rock crabs and a large sea snail called Kellet’s whelk.

The seafood market has been open to the public for about 30 years. Once the pandemic started, people who had never come to the market before started showing up, saying they didn’t want to risk shopping in grocery stores, Teall says. 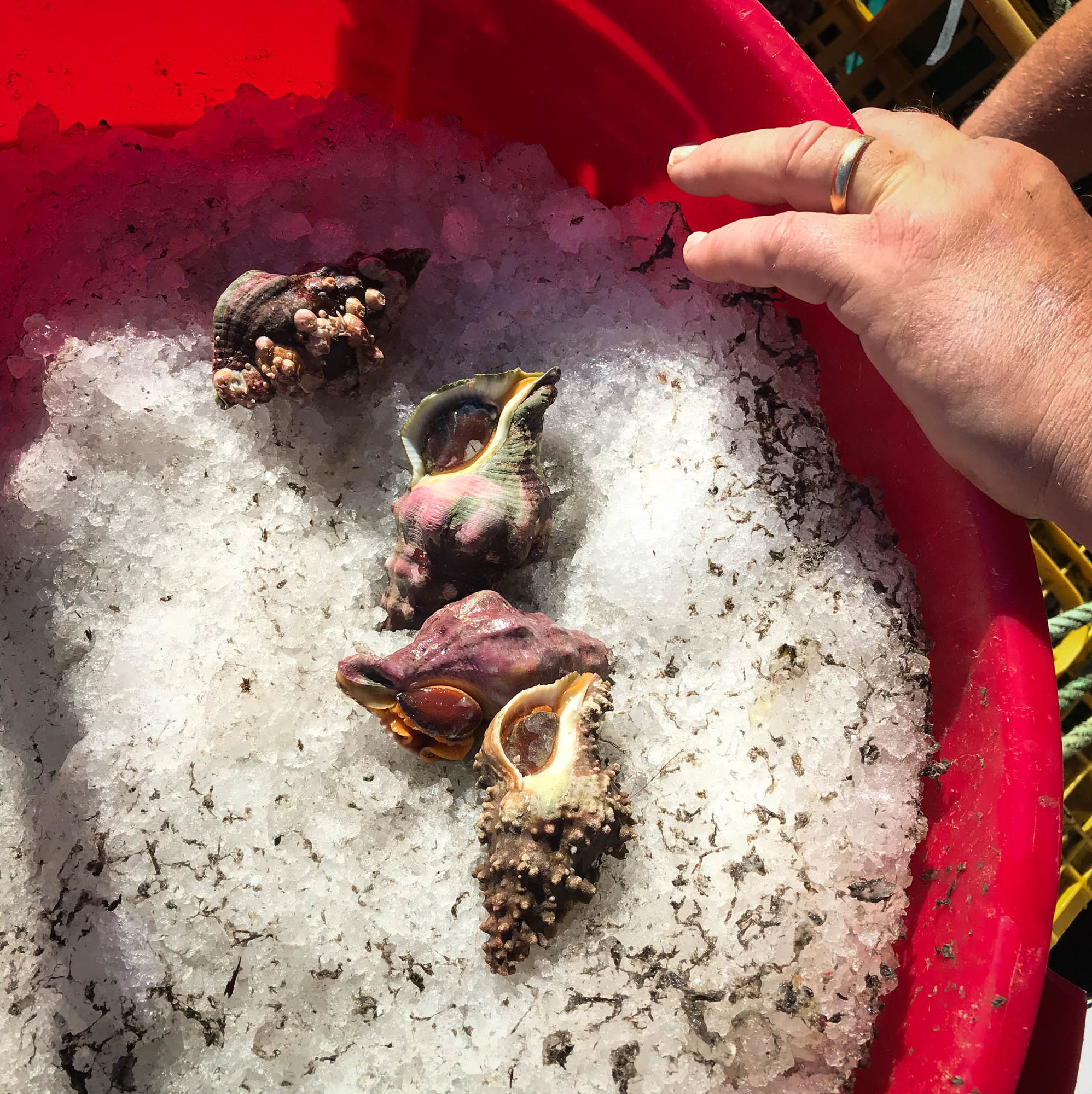 Joseph and Melissa Garrigan of Garrigan Seafood Co. say business has been better at the market lately, too. They sell giant spider crabs and California spiny lobsters among other things.

The pandemic has “actually been good for us. … [A] lot of people are coming out and going, ‘Wow, I didn’t know this [market] was here.’ And we feel like the community knows we’re here now,” Joseph Garrigan says.

The fishermen recently put up plastic film barriers between themselves and customers, and there’s a cleaning and filleting station. Everyone at the market has to wear a face covering.

“We’re doing everything we can to keep the customers safe and provide them with fresh food,” Teall says.

Cooking actually accounts for a lot of our emissions. Here's how that could be improved 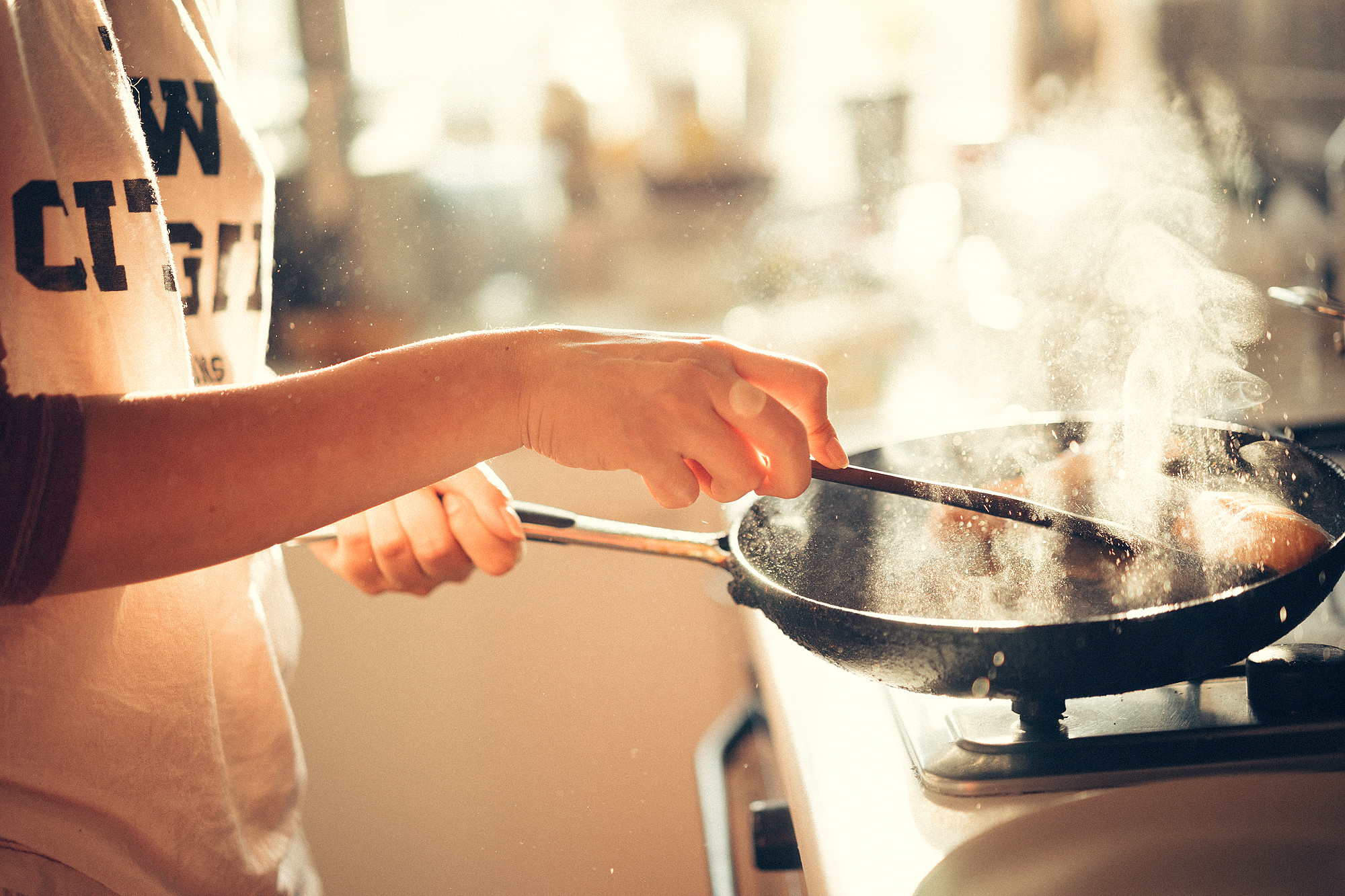