“The more we honor cultural differences in eating, the healthier we will be.” – Michael Pollan

These words of author and journalist Michael Pollan have been at the core of the work at Oldways – a food and nutrition nonprofit helping people live healthier, happier lives through cultural food traditions. Over the last 30 years, our work at Oldways has centered on inspiring individuals and organizations to embrace the healthy, sustainable joys of the “old ways” of eating – heritage-based diets high in taste, nourishment, sustainability and joy.

Heritage can mean anything that is important or special that gets passed down from generation to generation, so that it’s not lost. It’s what we’re given before anything else. It shapes our lives, our experiences and our identities. It’s why we cherish old photos, test our DNA and travel to distant homelands. It’s why we need to explore, learn about and embrace cultural food traditions – both our own and those of others – in order to understand history and heritage.

What Are Cultural Food Traditions?

Where it relates to food, heritage has potential we sometimes overlook. The traditional food of our ancestors may make a guest appearance at a holiday or birthday, but for daily nourishment, we’ve come to favor modern eating habits over cultural ones. At Oldways, we encourage you to bring cultural food traditions to your everyday table.

Because we are a land of immigrants, and because one size doesn’t fit all, over the years, Oldways has introduced five cultural models for healthy eating: Mediterranean, Asian, Latin American, Vegetarian/Vegan and African Heritage Pyramids. We worked with nutrition scientists, public health experts and culinary historians to learn about the foods that play prevalent roles in heritage diets. They are the old ways of food.

Food pyramids are an extremely useful tool for visualizing total diet at a glance. Foods depicted at the base of each Heritage Pyramid are the foods to base meals on. Interestingly enough, healthy foods are prominent in heritage diets.

You need only to think of rice and beans to understand the similarities and differences. Rice and beans is a global dish that differs from country to country and region to region. These dishes are also similar because they are made from ingredients that are affordable, and they originate from the local land.

Examples of rice and bean dishes include:

What Food Can Teach Us

Food is a window into our history. It shows the movement of people and food across time and place. Here are just a few examples that reveal the intricate ways food and history are forever connected:

The Columbian Food Exchange
The Columbian Food Exchange, named so in 1972 by University of Texas professor Alfred Crosby, was the exchange of crops, animals, diseases, ideas and foods between the New World (the Americas) and the Old World (Europe, Africa, Asia) following the voyages of explorers, conquerors and traders. Returning to the Old World, they brought plants native to the Americas (the New World) such as corn, potatoes, tomatoes, peanuts, squash, cacao, chili peppers and tobacco, along with valuable gems and minerals. Explorers and traders in turn brought to the New World apples, bananas, grapes, cattle (beef), chicken, chickpeas and garlic, among others. They also brought diseases.

The exchange of these foods and animals had an enormous impact on the eating patterns of peoples around the world. Elizabeth Lambert Ortiz wrote in her book “The Food of Spain and Portugal:” “It cannot be emphasized too strongly that the importing of foods by Spain and Portugal from the Americas was the single most significant development in cuisine in the 16th and 17th centuries.” The culinary impact wasn’t just felt in Spain, Portugal and other European countries. The New World foods also traveled with traders to Asia, making the impacts truly global.

Food Traditions of Africa
The food traditions of Africa and how influential and important they were and are is an aspect of food history we all should learn more about. While accepting a 2020 Lifetime Achievement Award from the James Beard Foundation, culinary historian Jessica Harris said in a video, “African food changed the world in many ways.”

Enslaved individuals arriving in the South brought their knowledge of cooking and agriculture from the places they were taken from. Without their knowledge and labor, the crops that supported the southern plantations would not have been planted, grown or survived. Crops like rice, peanuts, black-eyed peas came from Africa. They were popularized and cultivated throughout the South because the enslaved peoples were so knowledgeable about how to successfully cultivate these crops.

While there are many examples of the way African food made impacts in the American South, the culinary and cultural traditions of the Gullah Geechee are especially fascinating.

The Gullah Geechee people are descendants of Africans who were enslaved on the rice, indigo and sea island cotton plantations of the lower Atlantic coast. Many came from the rice-growing region of West Africa. The nature of their enslavement on isolated island and coastal plantations created a unique culture with deep African roots that are clearly visible in the Gullah Geechee people’s distinctive arts, crafts, foodways, music and language.

Learning about the foodways of this region is an essential window to history. As part of my role at Oldways, I organize culinary travel tours. While planning a food tour of the Low Country with an emphasis on the Gullah Geechee traditions, I had the good fortune to meet Chef Benjamin “BJ” Dennis of Charleston, South Carolina. There’s no one more qualified or passionate to teach the Gullah Geechee foodways than Chef BJ.

Chef BJ caters and cooks. He knows all the farmers and seafood producers along the Low Country coast. He speaks at conferences and has appeared on TV Shows like “A Chefs Life” and “Taste the Nation.” Chef BJ teaches about food, cooking, language, history, agriculture – so that they are known, experienced, appreciated and carried on.

Through his work, he tells of his ancestors, the enslaved people who came from Africa to Charleston, and how they brought their knowledge to grow the crops like rice and cotton that built the South. He wants us to know and love the great tastes of the food, to hear the language, to appreciate the crafts and to learn and understand the relevance of the history.

Embracing the passion of people like Heather Hodges, Chef BJ Dennis and other African American cooks and colleagues can be a positive step toward cultural humility and being self-aware of our own biases and the need for change.

By honoring cultural differences in eating, the healthier, happier and more connected we will be – an important step toward individual and collective cultural humility.

Mon Nov 23 , 2020
(HealthDay)—If there was an Oscar for “most unhealthy food in a leading role,” many of America’s most popular movies would be serious contenders. That’s the conclusion of a new review of food content featured in 250 top-grossing U.S. movies. More often than not, the fictional food choices were so bad […] 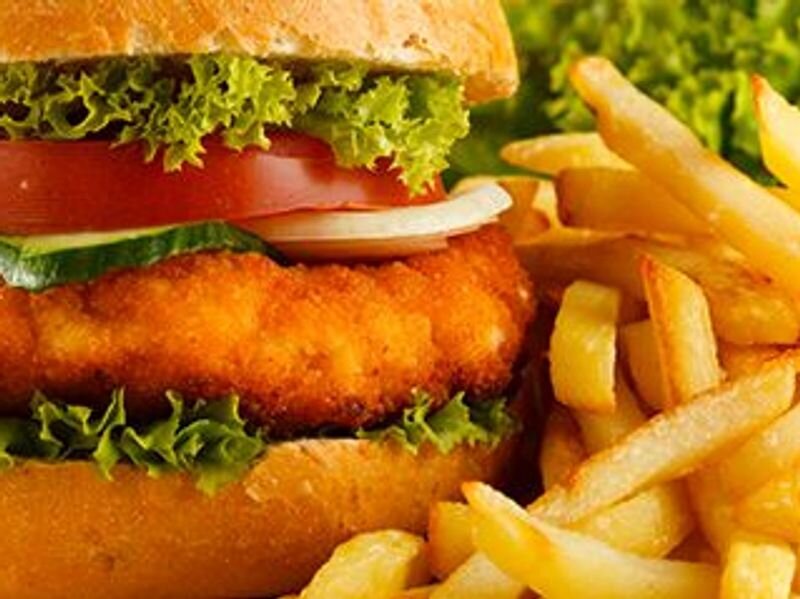