Food Network star Alton Brown has apologized after making a reference to the Holocaust on social media Tuesday night.

The Nov. 10 tweet read: “Do you think the camp uniforms will be striped, like the ones at Auschwitz or will plaid be in vogue?” according to screenshots from other Twitter users. He apparently was referencing how afraid he was for the country, and used the Holocaust in an attempt to make light of the moment. Six million Jews died in the Holocaust, not to mention millions of other people.

“I apologize for the flippant reference I made to the Holocaust in my tweet last night. It was not a reference I made for humorous effect but rather to reflect how deeply frightened I am for our country,” Brown tweeted Wednesday. “It was a very poor use of judgement and in poor taste.”

USA TODAY has reached out to the Food Network for comment.

In case you didn’t know: Almost two-thirds of millennials, Gen Z don’t know that 6 million Jews were killed in the Holocaust, survey finds

Twitter users were mixed in the replies, though many supported Brown.

“This is what an honest apology looks like,” wrote @nj_sullivan. “It’s been a while since we’ve seen one, so I thought I’d point it out.” @GamingAngelGabe wrote: “Thank you for owning up to your mistake.”

“Might want to take a break from Twitter for a while my guy,” @Frimtanklin wrote. “Not doing so hot the last couple of days.”

This comes after Brown deleted a tweet earlier in the week about his voting history. “I have voted Republican most of my life. I consider myself a conservative. I want to believe there are still ‘very fine’ people on both sides of the aisle,” Brown wrote, according to the New York Daily News and Newsweek.

One of Brown’s response tweets to a fan is still up: “Frankly, you have no right to be disappointed in me. None whatsoever. I have used my own platform to speak my mind. You may dislike me, certainly but disappointment in me should be reserved for say…bad recipes.”

Frankly, you have no right to be disappointed in me. None whatsoever. I have used my own platform to speak my mind. You may dislike me, certainly but disappointment in me should be reserved for say…bad recipes.

“That was a complete accident,” Brown told USA TODAY in May. “Just one night (we) decided to turn the camera on while we were making dinner. It’s like, ‘Hey, let’s just turn on YouTube. What the hell?’ And now people want us to keep doing it after this is over. So we’ll see.”

Quarantine Diary: Alton Brown is sampling hot sauce with a mask on and debating quitting drinking

Interesting: Celebrities aren’t all wearing masks in public, but they should be: ‘They can influence us’

Thu Nov 12 , 2020
Campaigners against childhood obesity welcomed a consultation on Government proposals to ban online adverts promoting food high in fat, sugar, and salt. The move, that goes further than proposals announced earlier this year, could lead to advertisers facing fines if they break the rules. Matt Hancock, England’s Health and Social […] 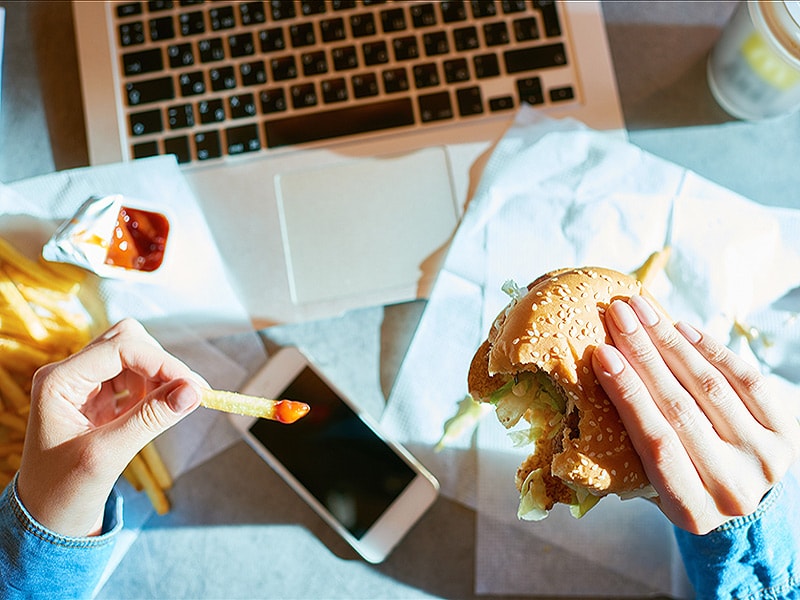