For the quarter ended Aug. 1, sales totaled $7.35 billion (Canadian), up from $6.74 billion a year earlier, Empire reported Thursday. The Stellarton, Nova Scotia-based food and drug retailer said the gain reflects higher food sales spurred by the COVID-19 pandemic, as well as the expansion of the FreshCo discount banner in Western Canada and new store openings, partially offset by lower fuel sales and temporary store closings as some locations were converted to the FreshCo format.

“Grocery sales are still significantly higher than historic levels, and we continue to gain market share nationally. Same-store sales excluding fuel were up 11{c33c21346ff5e26ab8e0ae3d29ae4367143f0d27c235e34c392ea37decdb8bed} this quarter, slightly below the average of 13{c33c21346ff5e26ab8e0ae3d29ae4367143f0d27c235e34c392ea37decdb8bed} for the first six weeks of the quarter that we gave you on our last call,” Empire President and CEO Michael Medline told analysts in a conference call on Thursday. “Basket sizes are way up and transaction count is down over the prior year. But we see [store] trips slowly increasing week over week as some customers are beginning to initially feel safe enough to shop a little more frequently. Pharmacy has stabilized, and as Canadians have gradually been traveling more across Canada, we see fuel sales increasing.”

Sales in the first six weeks of the first quarter were impacted by “remnants” of the COVID-19 lockdown, Medline noted. Sales reps dipped during the last two periods of the quarter, as restrictions eased, but remained “significantly elevated” versus the fiscal 2020 quarter, he added.

Full-service [grocery stores] continues to outperform discounts, but the gap between the two is slightly lessening. Of course, sales are stronger in regions which are currently most concerned about COVID. Looking ahead, we believe same-store sales may slow down a bit further, but we see the stickiness in a good portion of the consumption that shifted from restaurants and hospitality businesses to grocery sales.” 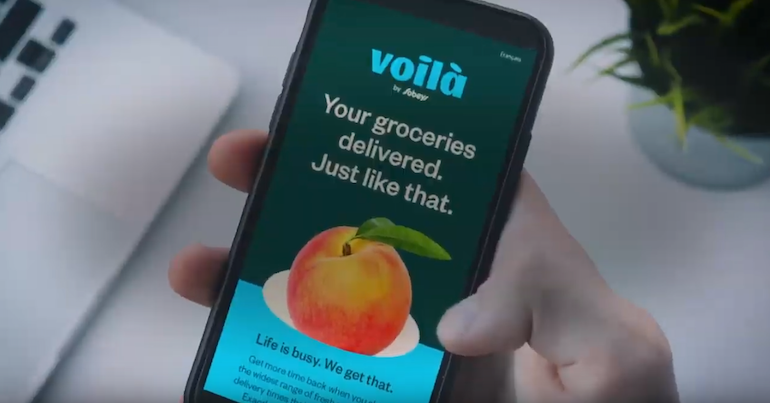 In June, Empire launched its Voilà online grocery service to customers in the greater Toronto area, powered by an Ocado automated customer fulfillment center (CFC) in Vaughan, Ontario. The company is expediting plans to build three more CFCs. They include the second CFC in Montreal to support the Voilà par IGA home delivery service in Ottawa and cities in Quebec, which is expected to go into operation in early 2022. Two more CFCs are slated to be constructed in Western Canada.

“In response to the increased penetration we’ve seen in grocery e-commerce throughout the pandemic, we accelerated the customer timelines of Voilà, our game-changing online grocery home delivery service, to meet increasing demand from customers for delivery. We began with a relatively small number of SKUs to test the system and have been ramping up big time,” Medline said. “Voilà launched in the GTA in June and we are very pleased with the early results. Customer feedback has been overwhelmingly positive, and our customer Net Promoter Score is the highest I have seen in my career.”

“It is clear now more than ever that we must be able to serve customers where, when and how they want to shop,” Medline said in the call. “We are well-positioned to win grocery e-commerce in Canada.”

Analysts, on average, had forecast adjusted earnings per share of 59 cents, with estimates ranging from 54 cents to 69 cents, according to Refinitiv/Thomson Reuters.

Also on Thursday, Empire announced the next two new locations in the expansion of its FreshCo discount banner: Grand Prairie, Alberta, and Regina, Saskatchewan. The Grand Prairie store will be a brand-new store and is slated to open in the winter of fiscal 2022. The Regina location will be a conversion of an existing Sobeys supermarket, expected to reopen in the summer of fiscal 2022. Including those two stores, Empire has confirmed 30 locations — 22 now open and eight in development — of about 65 planned FreshCo stores in Western Canada.

By the end of next year, Empire also plans to open 12 more Farm Boy fresh market stores, including three conversions of Sobeys supermarkets in Ontario. More than 25 Farm Boy stores are currently in various stages of development in Ontario, where the banner now has 31 locations.

For our most up-to-date coverage, visit the coronavirus homepage.

Expert Reveals How You Can Get Adequate Protein In Vegetarian Diet 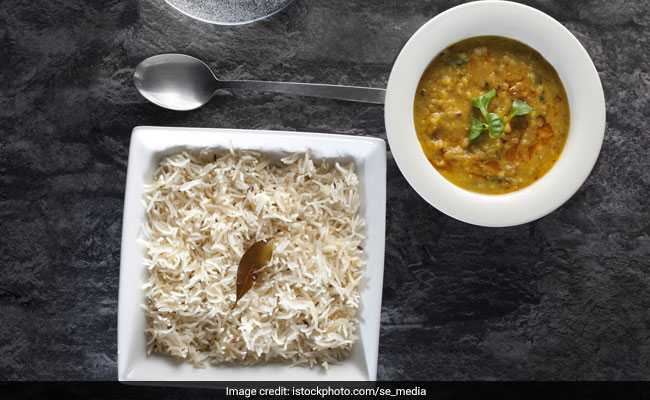