(Bloomberg) — As coronavirus cases explode at U.S. farms and food factories, the foreign migrants who pick fruit, clean seafood and sort vegetables are getting trapped in tightly packed bunkhouses where illness spreads like wildfire. Often, they can’t leave — unless they’re willing to risk deportation.

In Oxnard, a small city just outside Los Angeles, a Covid-19 outbreak raced through a dormitory where farmworkers slept seven to a room. By early July, 198 out of its 215 residents tested positive. About 100 miles north, in Santa Maria, California, at least 85 people were infected at group housing facilities within a few weeks. And in Coldwater, Michigan, close to 70 guest workers caught the virus at a barracks on a produce farm.

Down in Crowley, Louisiana, Reyna Alvarez fell ill too. A 36-year-old mother of three from a village in northwest Mexico, she was working at a crawfish processing plant when the virus swept through two dorms that housed about a hundred people. She left to get treatment at a nearby hospital. When she was recovered and ready to return to work, she found out she’d been fired for the transgression and reported to immigration authorities.

“We all got sick, a hundred workers, and they didn’t do anything for us,” Alvarez said from her home outside of Los Mochis in Mexico’s Sinaloa state. It started with just one employee falling ill, but she was left in the same housing as everyone else, with communal kitchens and bathrooms. The infections spread rapidly, Alvarez said. “They said no one could go in or out,” except for work.

Many of the migrants getting sick are part of the federal government’s guest-worker program that grants temporary visas for seasonal jobs.

Documented guest workers have filled all the requirements the U.S. mandates for entry. Yet, so much of their lives are in the shadows. They have little leverage to press for safety measures since their legal immigration status depends on their employer — they can’t just quit and take a new job with less dangerous conditions. They often come to the country in debt to employment brokers and then work isolated in rural communities where they don’t know anyone and don’t speak the language. Many of them are employed by independent labor contractors rather than farm operators, muddying accountability.

Farm visas, known as H-2As, mandate that employers provide housing. Even in normal times, it’s not much of a perk: conditions are often cramped and facilities meager. Now, the bunkhouses are turning into petri dishes for disease.

For both sets of workers, there isn’t usually much alternative housing available in rural communities for an onslaught of poorly paid seasonal workers who don’t have personal transportation available to and from work. And when housing is part of their compensation, they have little ability to shell out rent money from their low wages.

These are some of the most vulnerable populations in the U.S., and yet it would be almost impossible to feed the country without them. That’s grown increasingly true over the past decade as more of the often back-breaking labor critical to food production has shifted to these workers. The U.S. last year issued 205,000 H-2A visas for seasonal farm workers, up from 60,000 a decade earlier. There were 98,000 H-2B visas for seasonal workers in food processing and other occupations, up from 45,000 in 2009.

Though President Donald Trump halted most new visas issuances during the pandemic, he exempted the critical foreigners working in the food supply-chain. Border-crossing figures from U.S. Customs and Border Patrol show that more H-2A guest workers have entered the country this year through June 30 than the same period in 2019.

The home economies for these workers, places like Mexico, Guatemala and Colombia, depend on the remittance flows of money sent back to family members and loved ones. In May, money sent home by Mexicans abroad increased almost 3{c33c21346ff5e26ab8e0ae3d29ae4367143f0d27c235e34c392ea37decdb8bed} from a year earlier, surprising economists who expected a decline. As illness spreads, those remittances could come under threat.

Outbreaks among farm and food workers can seed broader spread in rural communities as employees go out to buy groceries and do laundry, or even come into contact with co-workers who are permanent residents. Among those infected in the Santa Maria outbreak was a 51-year-old U.S. citizen who worked as a crew foreman and bus driver for Alco Harvesting. He died from Covid-19.

Alvarez, the Louisiana crawfish worker, said she was nauseated, aching — even her eyes hurt — and her breathing was labored. Managers told her and other fellow employees on May 15 they were going to be moved to remote cabins to be quarantined, but she and a friend, Maribel Hernandez, instead went to get medical treatment at a nearby hospital.

“I didn’t trust them at all because they didn’t do anything up until then to help us,” Alvarez said.

When she called in after she recovered to say she was ready to return to work, a supervisor told her she had already been fired and reported to immigration authorities, Alvarez said. Hernandez said she was also fired and lost her visa status, forcing her to return to her small village outside Tampico, Mexico.

“I just wanted to get treated and then go back to work,” Hernandez said, adding that she couldn’t “believe” it when she learned she lost her job.

Both women have filed federal whistleblower complaints against their former employer, Acadia Processors. In the complaint, Hernandez says she asked a supervisor to go to the hospital but was told she could not leave the employer-provided housing. She and Alvarez went to the hospital anyway later that day.

Contacted by phone, a representative of Acadia Processors declined to comment or give his name, saying the incident was now a legal matter because of the federal complaints. He pointed to a statement the company’s owner, Scott Broussard, gave to the Lafayette Daily Advertiser. Broussard is quoted in the newspaper saying the two women “fled the scene,” while other workers are “very thankful for what we’ve done for them.”

Courtney Catalano, a spokeswoman for Reiter Affiliated Companies, which operates Las Brisas Villas, the dormitory in Oxnard, California, said in an emailed statement the virus broke out in the facility despite “numerous steps” to prevent its spread, including increased cleaning.

“It’s in everybody’s interest to prevent the spread of the virus so workers can remain healthy and productive,” Resnick said. “Without these workers, we would not be able to feed the country.”

Worker advocacy groups including Centro de los Derechos del Migrante and Polaris, an anti-human trafficking charity which operates a national hotline, are fielding scores of complaints. Some workers are even worried about telling employers when they have symptoms, fearing they will lose their jobs and be forced to return home, said Andrea Rojas, the director of strategic initiatives on labor trafficking at Polaris.

“We’ve received dozens of reports from workers who have Covid concerns ranging from living in substandard housing, being able to have access to medical attention, to inadequate personal protective equipment,” said Evy Pena, communications director for Centro de los Derechos del Migrante, which is based in Baltimore and Mexico City.

“They have to make an impossible decision, between working in hazardous conditions during a pandemic or returning home to insurmountable debt.”

The U.S. Centers for Disease Control and Prevention and the Occupational Safety and Health Administration jointly issued recommendations on safety for farm and food workers, but they are voluntary. A spokeswoman for the Labor Department, which administers the guest worker program, said in a statement that responding to the pandemic is “a top priority” and the CDC and OSHA guidance “allows for flexibility in responding” to changing conditions.

“The tens of thousands of sick food workers are proof that recommendations are not enough,” said David Michaels, who headed OSHA for eight years under President Barack Obama and is now a public health professor at George Washington University. “Without mandatory rules, we have a race to the bottom: Employers who are trying to protect employees are at a financial disadvantage.”

(Updates with additional detail from whistleblower complaint in 20th paragraph)

Fri Jul 31 , 2020
Dogs have many wonderful qualities, but a discerning palate isn’t one of them. They’re happy to spend their days sniffing each other’s butts, and given the chance, you better believe they’ll scarf down a toxic piece of chocolate or try to swallow a chicken bone whole. Dogs will eat anything, […] 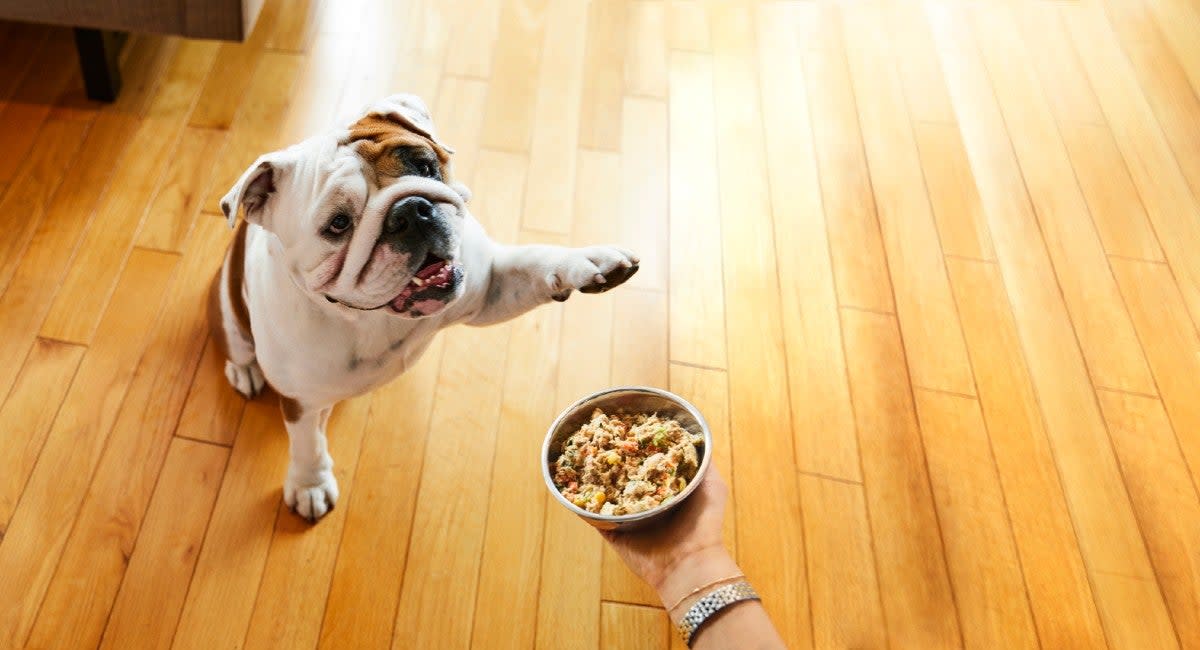