Concerns are growing over surging food prices, which climbed for the 12th month straight in May, according to a United Nations gauge.

Global food prices extended their rally to the highest in almost a decade, heightening concerns over bulging grocery bills as economies struggle to exit the Covid-19 crisis.

Drought in key Brazilian growing regions is crippling crops from corn to coffee, and vegetable oil production growth has slowed in Southeast Asia. That’s boosting costs for livestock producers and risks further straining global grain stockpiles that have been depleted by soaring Chinese demand. The surge has stirred memories of 2008 and 2011, when price spikes led to food riots in more than 30 nations. 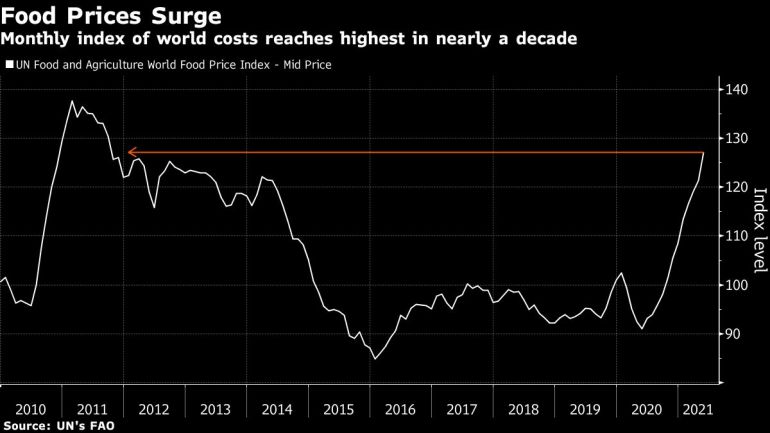 The prolonged gains across the staple commodities are trickling through to store shelves, with countries from Kenya to Mexico reporting higher food costs. The pain could be particularly pronounced in some of the poorest import-dependent nations, which have limited purchasing power and social safety nets as they grapple with the pandemic.

The world’s hunger problem has already reached its worst in years as the pandemic exacerbates food inequalities, compounding extreme weather and political conflicts. 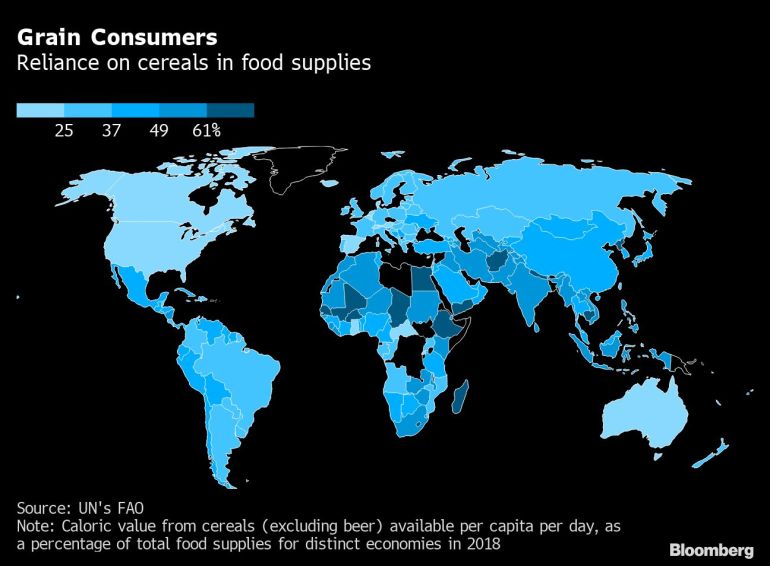 There were other elements that exacerbated skyrocketing food costs a decade ago. For example, oil prices neared $150 a barrel — double current levels — and there was a wave of trade restrictions by major grain shippers. Costs for rice, one of the world’s food staples, have remained relatively subdued during the current agricultural price surge.

Gains in the past year have been fueled by China’s “unpredictably huge” purchases of foreign grain, and world reserves could hold relatively flat in the coming season, Abbassian said. Summer weather across the Northern Hemisphere will be crucial to determine if U.S. and European harvests can make up for crop shortfalls elsewhere.

“We are not in the situation we were back in 2008-10 when inventories were really low and a lot of things were going on,” Abbassian said. “However, we are in sort of a borderline. It’s a borderline that needs to be monitored very closely over the next few weeks, because weather is either going to really make it or create really big problems.” 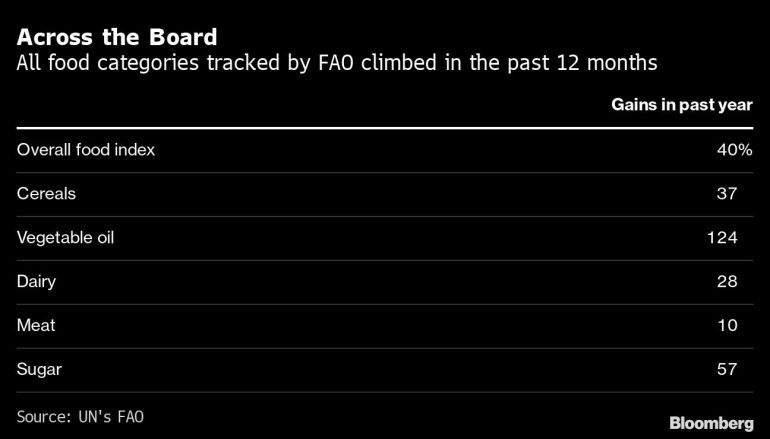 (Updates with comment from FAO economist in fourth paragraph)
–With assistance from Agnieszka de Sousa.