Moving to mostly vegetarian diets will be crucial to save the natural world, the UN has warned in a major new report.

Plant and animal species around the world continue to be lost at unprecedented rates because of human activity, according to a new report that says none of 20 biodiversity goals set ten years ago have been achieved.

Cutting meat consumption would reduce the destruction of forests and other lands, as well as cutting greenhouse gas emissions that contribute to climate change.

In its five year report on the Aichi biodiversity targets in 2015, the UN merely advocated a reduction in meat consumption, but it has now joined calls for people to embrace a mostly plant-based diet.

It comes days after the WWF warned that reversing a 68 per cent average drop in global wildlife species since 1970 would only be possible if global meat consumption was cut in half.

Of 20 biodiversity goals set out by the UN and agreed to in 2011 by almost 200 countries, none have been fully achieved and just six have been partially achieved, the fifth Global Biodiversity  Outlook said.

The targets include reducing the destruction of rainforests and mangroves, cutting pollution and sustainably managing fisheries. But even the target of raising awareness of species loss has not been fully achieved.

But the report offers a note of optimism, saying that extinctions would have been two to four times higher without conservation actions over the past decade.

“Humanity stands at a crossroads with regard to the legacy it leaves to future generations,” the report says.

It highlights several species that have been saved from extinction since 2011, including the New Zealand black stilt, the Javan rhinoceros and the blackfooted ferret.

And it outlines eight key actions that it says could help to reverse the wildlife crisis, including reducing pesticide use, making more space in towns and cities for nature and moving to mostly plant-based diets, with drastically reduced food waste.

Some 30 per cent of food produced is currently wasted, either during the agricultural process or because it is thrown away.

UN secretary general António Guterres said the Covid-19 pandemic was “a shocking demonstration of the link between our treatment of the living world and the emergence of human diseases”.

The report warns that the loss of biodiversity “undermines the web of life and increases the risk of disease spillover from wildlife to people.”

A report earlier this week from RSPB said the UK had seen a “lost decade” on nature conservation, meeting as few as three of the 20 international targets, despite the Government reporting success in six areas.

In response, the  CEOs of 27 nature organisations have written to the Prime Minister calling for the UK to commit to legally-binding targets to reverse nature’s decline ahead of international talks in China next year to agree future targets.

Commenting on the UN report, Prof Andy Purvis of the Department of Life Sciences at the Natural History Museum, said: “The warning lights are flashing.

We have to recognise that we’re in a planetary emergency. If we carry on with business as usual, we will all be out of business: it’s not just that species will die out, but also that ecosystems will be too damaged to meet society’s needs.”

But the report shows it’s not too late to change course. We have to tread more lightly on the planet – consume less, waste less.”

Human encroachment into natural habitats is one risk factor for the spread of infectious diseases, as wildlife, livestock and people come into greater contact with one another.

Such outbreaks are threats to biodiversity, as well as to humans.

Particular concerns were raised about coral reefs, which have declined the fastest of any group and are under threat from rising sea temperatures, overfishing and pollution from agricultural runoff.

Of the 20 targets, the greatest progress has been made in directing funding towards developing countries to help them preserve habitats and biodiversity, in designating land and sea as protected areas, and in having countries draw up their own strategic plans.

However, funding was “swamped by support for activities harmful to biodiversity”, including $500 billion in subsidies for fossil fuels and other industries.

There has also been success identifying and eradicating alien species in some specific locations, with more than 800 eradications of invasive mammals on islands.

The UK’s controversial culling of the ruddy duck was cited as one example. Deforestation rates worldwide continue to fall, and there is more awareness of the concept of biodiversity.

Sun Sep 20 , 2020
Before Abe, Gus and Rudy Penas’ beloved mother died of complications due to diabetes and kidney failure, she made her sons promise her that they would lead healthier lives. Nearly five years later, all three brothers have each lost at least 100 pounds and started their own business delivering healthy […] 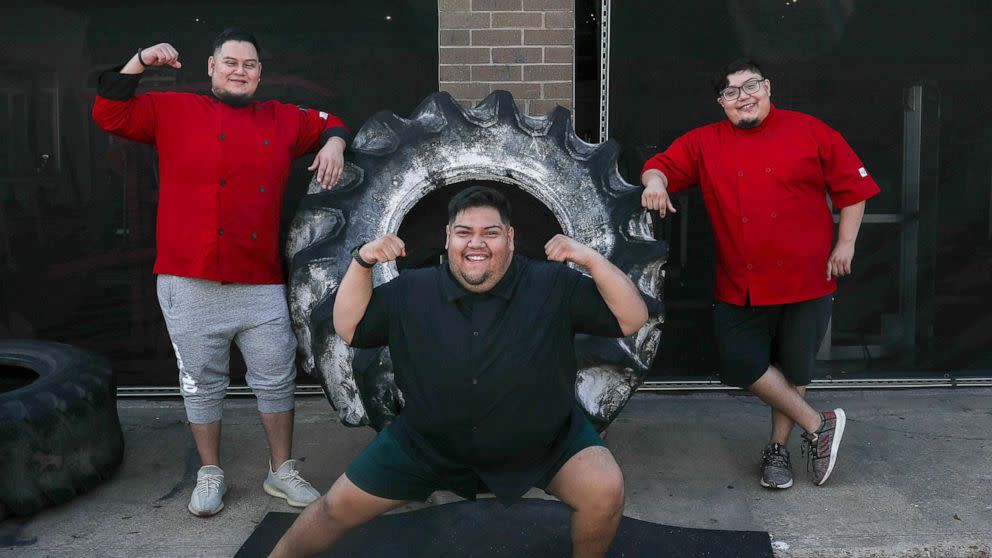