Google has paid tribute to Angelo Moriondo, the man who patented the first known espresso machine, on his 171st birthday with a doodle.

The stop-motion doodle was painted entirely with coffee by doodler Olivia When.The official Twitter account of Google Doodle has also posted a time-lapse of the same.

Check out the behind-the-scenes process for the artwork by Doodler, Olivia When 🎨 pic.twitter.com/un1QWORJzh

Morindo was born on June 6, 1851, in Turin, Italy to a family of entrepreneurs. His father inherited a liquor production company founded by his grandfather, who later founded the popular chocolate company “Moriondo and Gariglio” with his brother and cousin.

Coffee was a popular beverage in 19th century Italy and continues to be, but customers faced long wait times to sip their favourite brew back in the day. Following in his family’s footsteps of brewing new ideas, Moriondo realised he could win more customers if multiple cups of coffee could be made at once.

After brainstorming, he directly supervised a mechanic to build an espresso machine to make more cups of coffee. He was even awarded the bronze medal at the General Expo of Turin in 1884 where he presented his creation.

“The machine consisted of a large boiler that pushed heated water through a bed of coffee grounds, with a second boiler producing steam that would flash the bed of coffee and complete the brew. He received a patent titled- New steam machinery for the economic and instantaneous confection of coffee beverage, method ‘A. Moriondo’,” Google said in a statement.

Fri Jun 10 , 2022
Did you know that America isn’t the only place that has a deviled chicken recipe? This easy Sri Lankan devilled chicken recipe (yes, there’s two Ls) is full of spices, juicy chicken and fresh vegetables. Give this easy chicken stir-fry recipe a try and be sure to read world traveler […] 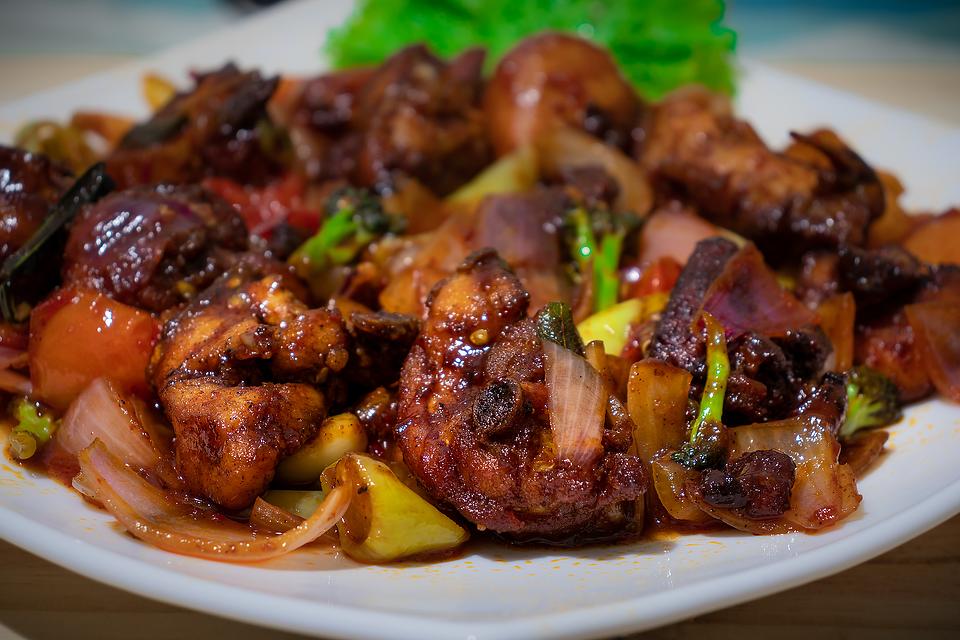