More and more people are exploring diets that are vegan, vegetarian or just reducing the amount of animal byproducts they eat. But does that mean that people who aren’t changing their diet should refrain from eating vegan or vegetarian options?

That’s the question one diner asked after a conflict with a woman at a buffet restaurant. So he turned to the “Am I The A**hole” (AITA) subReddit for feedback.

“AITA for eating a vegetarian dish when I’m not a Vegetarian or Vegan?”

“So I’m not a vegetarian in anyway but I have tried (and failed) a few times to cut out all meat from my diet. It hasn’t been completely unsuccessful as I’ve discovered I do prefer some vegetarian foods over meat products and I’m far more comfortable now trying something meat free in a restaurant or when cooking at home.”

“This actual event happened at a Buffet restaurant. I’d taken a couple of starters (Including chicken skewers) and was looking at the vegetarian section.”

“I took a few portions from the nicer looking dishes and was helping myself to one last one when a lady loudly goes ‘EXCUSE ME.’ It was a busy restaurant so most plates were full and constantly being refilled.”

“‘Why are YOU taking the vegetarian items?'”

“‘Because they look tasty’.”

“‘Yes but the vegetarian foods are only for Vegetarians and Vegans. You’re quite happy eating murdered animals so you need to stick to them!'”

“This went on longer than I care to document but I eventually just walked away from her rantings and sat back down with my friends. As I was leaving she threatened to tell a manager and get me removed.”

“I saw her a few minutes later talking to a staff member and pointing to us. The guy eventually came over and stood near us before moving over and asking us whether the food was OK.”

“We said it was great and he stood awkwardly for another 30 seconds before disappearing from view.”

Redditors weighed in my declaring:

Redditors were of almost one mind on the issue, deciding the OP was NTA.

“What? No. I’ve been a vegetarian for over 30 years now and I think that lady was rude and weird, and definitely the AH.”

“Meat-eating people are not required to eat meat all the time, in every single part of every single meal. If anything, it makes me happy when I see a non-vegetarian enjoying a vegetarian dish.”

“The only situation in which she would have a point would be if there was only a small amount of vegetarian food available and, if you took it, there would not be enough left for vegetarians.”

“But that doesn’t seem to be the case here – buffets are usually constantly replenished, aren’t they? NTA.” ~ BaoBaoChristie

“NTA. It’s a buffet. It will be replenished in minutes.”

“If it were a house party/pot luck style meal where there were a limited number of veg food items and you knew they were prepared with certain guests in mind, you would be the a**hole but this scenario is nothing like that. The person who called you out at a buffet is a huge a**hole for sure.” ~ lostontheplayground

“Agreed. If it was labeled ‘vegetarian,’ it’s just to tell customers what the dish is, not who it’s for.” ~ HapaMari

“If it was a party at someone’s house and there was only one vegetarian dish, then OP would be the a**hole.”

“But at a RESTAURANT BUFFET? Super NTA.“ ~ usernaym44

“Oh yeah it’s an a**hole move when there’s a finite amount of vegan food, then those who are actually vegan should get it first. But at a buffet?”

The OP can now rest assured that the full buffet is on the menu when he next eats at a restaurant.

Sun Sep 20 , 2020
Want to know a secret? While making our own pumpkin puree is impressive and tasty, we actually prefer the canned stuff. It’s just as delicious and cuts the time spent in the kitchen by at least half. Plus, it’s versatile enough for both sweet recipes (like pumpkin angel food cake […] 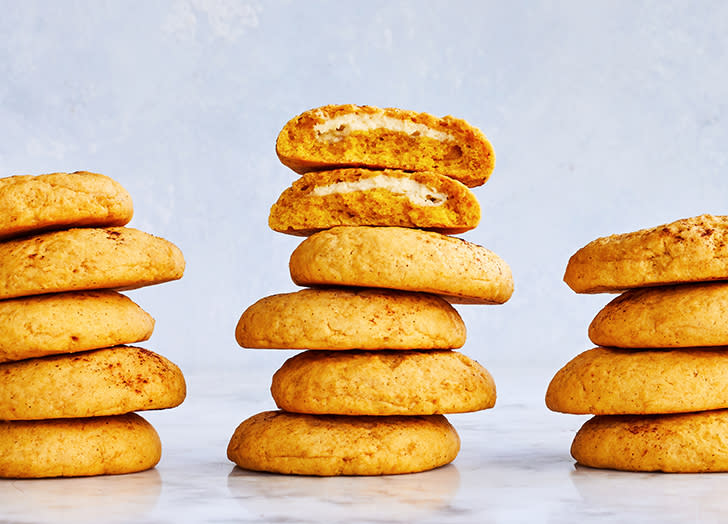