The City of Charlotte is investing in the West Boulevard corridor by supporting businesses that offer healthier food choices and local organizations entrenched in the community. The announcement came during a community event hosted Thursday inside the City West Commons shopping center.

To revitalize the corridor, District 3 City Council member Victoria Watlington said the city is providing an $85,000 grant toward reinvigorating the City West Commons shopping center located at 1520 West Blvd. City officials have also made an $80,000 multi-year commitment to support the West Boulevard Neighborhood Coalition. Additionally, Watlington said Three Sisters Market, a community-owned food co-op, will receive a $60,000 donation from the city and parcels of land worth $249,000 will be gifted to the West Charlotte Community Land Trust.

“The west side is the best side,” Watlington said at the community event.

Thursday’s announcement is part of the city’s Corridors of Opportunity program, a $24.5 million investment into six corridors throughout the Charlotte area. Investments toward the Beatties Ford Road corridor were presented to the public in September, making West Boulevard the second corridor of the six to have its investment plans announced.

“We know that the West Boulevard has historically been an area that is majority-minority, and we also know when we look at the [West Boulevard corridor] study that Black people specifically have been disproportionately affected by all the things that have gone on in the history of Charlotte,” Watlington told QCity Metro. “We want to make sure that we are taking a look at Black small-business owners and investing in residents.”

Denise Hairston and Zsa-Zsa Porter want to provide healthier food options for a community considered a “food desert” because of residents’ lack of access to nutritious foods. In the coming days, both ladies will open new neighboring vegan restaurants in the shopping center. Guests sampled food from Dee’s Vegan To-Go and Exposed Vegan, owned by Hairston and Porter, respectively.

“The people in this community that I know are just warm, friendly and they love West Boulevard,” Hairston said. “I figured this would be a great place to get new folks to see and try vegan.”

Hairston hasn’t eaten red meat in 32 years. She became vegan 11 years ago after noticing Black women in her family dying under the age of 70. Four of her family members died within a five-year timespan from chronic illnesses related to their diet.

“Most of our problems are what we put in our bodies,” Hairston said. “We have to change this.”

Porter said she could have opened Exposed Vegan anywhere in Charlotte, but she chose West Boulevard because she recognized the need for healthy food choices in the area.

Born in Queens, New York, she also said West Boulevard reminded her of home and felt it was her responsibility to give back by offering healthier foods to the Black community.

“My role as a Black woman is to provide healthy options,” Porter said.

Watlington confirmed that West Boulevard will be added to the Street Eats program to expand food options amid the ongoing Covid-19 pandemic. As part of the city’s Open for Business initiative, Street Eats provides outdoor dining opportunities to residents so they can support local restaurants during the pandemic.

“The Corridor of Opportunities shines a light on the people and the places here on the Boulevard,” Watlington said. “If you live here, you know all the things that the west side has to offer, and we want to give the other people in Charlotte an opportunity to see exactly why we love the west side so much.”

Keeping money and businesses in the area

Rickey Hall, co-founder and board chair of the West Charlotte Community Land Trust, has lived in west Charlotte his entire life. He said the West Boulevard corridor has lacked economic opportunity and mobility in comparison to other areas in Charlotte.

What the West Charlotte Community Land Trust plans on doing from a community wealth-building perspective is not just talking about the problems in the area, but rather following a strategic plan and a roadmap that will improve the economics of the community from the ground up. Hall cited the West Boulevard corridor playbook, resident engagement and working with partners and stakeholders as ways to promote inclusivity and promote the community’s vibrant growth.

While the city is indeed attracting new businesses to the corridor like Dee’s Vegan To-Go and Exposed Vegan, Watlington shared plans for existing ones. She said the building formerly occupied by a Jack in the Box at the corner of West Boulevard and Remount Road will undergo a total renovation, and a $30,000 upfit grant will help modernize Mr. Jim’s Pizza and Exclusively Yours Hair Design beauty salon.

[Related: The story behind Charlotte’s Black-owned pizza franchise and how it’s surviving the pandemic]

What’s next for the West Boulevard corridor?

The city is inviting the public to participate in a virtual West Boulevard placemaking master plan workshop on Nov. 14 from 9 a.m. to 3 p.m.

Those who participate will have the opportunity to offer input on what they think the goals and implementation strategies should be for the West Boulevard corridor. Suggestions include:

Those interested can RSVP for the virtual event here. Participants have also been asked to complete a workshop survey.

How It Works, Pros, Cons, and More

Tue Nov 17 , 2020
Blue Apron is a popular meal kit service that delivers two to four recipes per week directly to your door, along with all of the ingredients you need to prepare them. While Blue Apron is one of the least expensive meal kit delivery services, it’s still more expensive than grocery […] 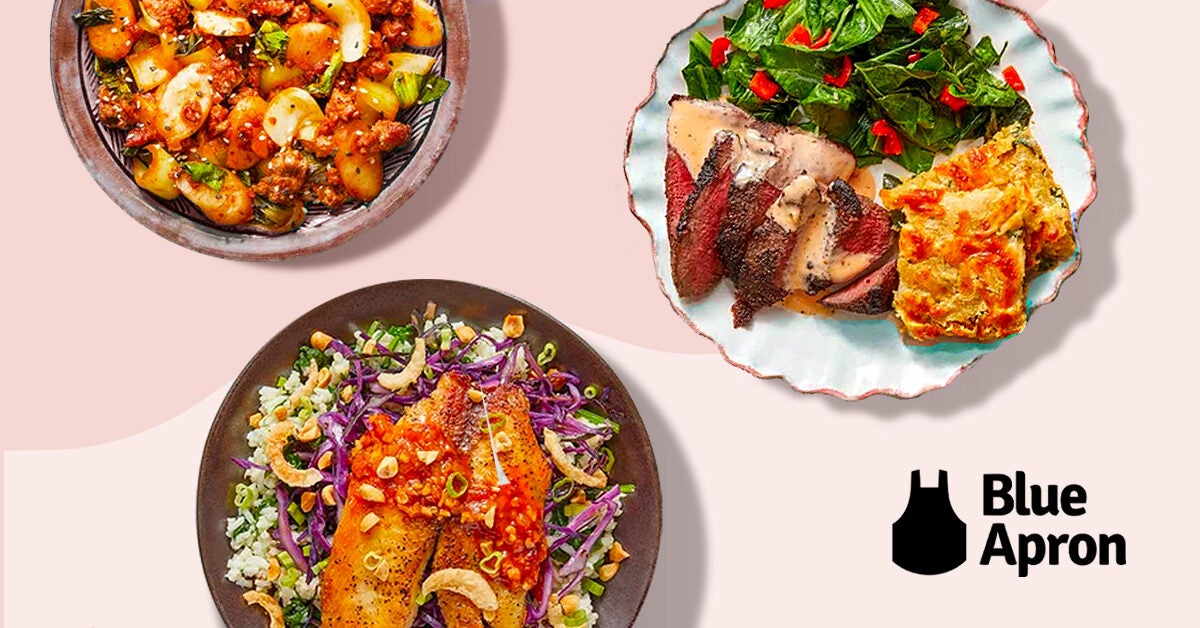