Yogurt has always had an enviable reputation as the ultimate health food, which is well-deserved. It’s brimming with nutrients, and there’s evidence that yogurt eaters may have an easier time staying at a healthy weight and have a lower risk of chronic diseases such as type 2 diabetes and hypertension.

But not all yogurt is created equal when it comes to health-food cred. “The nutritional quality of the wide swath of yogurts out there varies considerably, as does the taste,” says CR nutritionist Ellen Klosz. So while it’s never been easier to find all manner of yogurts at your local supermarket—we’re talking plain, flavored, Greek, French, skyr, vegan, whole milk, nonfat, protein- or probiotic-packed—some are definitely better for you than others.

That’s why CR tested dozens of dairy and vegan yogurts (we stuck with vanilla-flavored for the sake of comparison) and rated them for nutrition and taste. In the dairy category, we included a number of different yogurt styles. “Our goal was to find top-tasting healthy options, and to see how plant milk yogurts stack up against dairy,” Klosz says. “We also took a close look at the added sugars content, now that new food-labeling regulations require that it be listed on nutrition labels.” (Read about sugar in yogurt, below.)

The Food and Drug Administration defines yogurt as a milk product cultured (or fermented) by two specific bacterial strains—Lactobacillus bulgaricus and Streptococcus thermophilus—although other types of bacteria may be added, too. The type of milk­—whether it’s nonfat, low-fat, or full fat (or plant milk)—as well as the way the yogurt is made and the cultures used help determine its consistency, flavor, and texture.

In general, though, the bacteria in yogurt convert the lactose naturally present in milk into lactic acid. This is what gives yogurt its signature tanginess. And it means that the lactose in yogurt is more easily digested than that in milk, so yogurt may be more gut-friendly for people who get gas and bloating when eating dairy foods.

Greek or Icelandic yogurt (known as skyr) is often strained, which thickens the yogurt and changes its nutrition. “Straining removes some of the carbohydrates and concentrates the protein content of what’s left behind,” says Debbie Petitpain, MS, RD, wellness director at the Medical University of South Carolina in Charleston. The dairy yogurts in our tests had 4 to 15 grams of protein per serving, with Greek and Icelandic types containing the most.

Australian and French yogurts are unstrained, with a thinner consistency that has more in common with typical American yogurts. The Australian yogurt brands have a creamy texture either from whole milk or a slow culturing process. French yogurts, typically made with whole milk, are “pot set,” cultured in individual glass jars rather than in larger batches, which gives them a dense, creamy texture. Plant-based yogurts are made from almond, cashew, coconut, oat, or soy milk with added cultures. And, as with some dairy yogurts, they may have thickening ingredients like pectin, tapioca starch, or gums.

“In its simplest form, dairy yogurt is almost a ‘superfood,’” Petitpain says. The healthy probiotic bacteria in it are often assumed to be the reason. But while bacteria used to make yogurt offer benefits, we don’t know how much is actually in a particular yogurt or how much you need for a health effect. Even yogurts with labels that claim they have live and active cultures may have billions when they’re manufactured but far less after they sit on a supermarket shelf or in your refrigerator. Plus, claims like “packed with probiotics” or “billions of probiotics” aren’t regulated by the government. What’s more, some yogurts are heated after they’re made, which destroys cultures. (If this is the case, it must be noted on the label.)

Rather than just probiotics, it’s the combination of nutrients in yogurt that makes it so good for you. These include protein, bone-building calcium, and blood-pressure-balancing potassium, along with magnesium, which helps regulate your blood pressure, blood sugar, and heart rate.

Several studies show that yogurt, as part of a healthy diet, can help reduce the risk of certain ailments. Lowering blood pressure is probably the benefit backed by the strongest evidence. Dairy products are a key part of the DASH (Dietary Approaches to Stop Hypertension) diet, and yogurt in particular has peptides (protein fragments) that act on an enzyme in your body that regulates blood pressure, says Justin Buendia, PhD, an epidemiologist who has studied yogurt’s effect on blood pressure. A 2018 study that tracked three large groups of men and women for 20 to 30 years found that eating yogurt five or more times a week (vs. less than once a month) cut hypertension risk by 16 percent.

There’s research to show that yogurt can improve health in other ways. Eating 1.7 to 7 ounces of it a day was linked to a 14 to 26 percent lower risk of developing type 2 diabetes in a review of studies published in the journal Advances in Nutrition. Yogurt may help with weight loss and weight control, too, as well as help tame inflammation in the body, which may be a trigger for heart disease and other health problems.

So from a health perspective, which yogurt should you eat? “Plain yogurt is the best, because it has no added sugars,” Klosz says. A little honey or maple syrup, or preferably fruit, can add sweetness. In fact, eating yogurt and fruit may offer extra health benefits because fruit has prebiotics, which help healthy bacteria flourish.

Second best is a flavored yogurt with few added sugars or none at all. “All dairy yogurts have some sugar because they’re made from milk, which naturally contains sugar,” Petitpain says. Until this year, the amounts of natural and added sugars were listed together as total sugars on food labels. Now manufacturers are required to list added sugars separately for all foods, so it’s easier to see if problematic sweeteners have been added.

While added sugars can be a problem in yogurt, whole-milk versions, which are increasingly popular, might not be. Although they’re higher in total and saturated fat than low-fat and nonfat types, some recent research suggests that eating whole-milk dairy products, especially fermented ones like yogurt, doesn’t lead to weight gain or increase the risk of heart disease. For example, when researchers overseeing the Multi-Ethnic Study of Atherosclerosis looked at the impact of different sources of saturated fat on cardiovascular health, they found that when it came from dairy foods, the risk was lower. And when saturated fat came from meat, it was higher. If you’re looking to cut back on calories, though, a low-fat or nonfat yogurt may be a better bet.

Sales of plant-based yogurts rose 31 percent in 2019, an irrefutable sign of its increasing popularity. But while about a third of people surveyed by the market research firm Mintel said they thought plant yogurts were healthier than dairy ones, CR’s nutritional analysis shows that this isn’t the case.

“Many plant yogurts fall short in the nutrients people eat yogurt for, such as protein and calcium,” Klosz says. “To make them comparable to dairy yogurt, manufacturers would have to add them.”

Of all the plant milks used to make yogurt, soy is the highest in natural protein, comparable to dairy yogurt. Other plant-milk yogurts may contain added pea or fava bean protein. These aren’t simply the whole food dried and ground into a powder. Instead, companies extract the protein from the food in a lab. “You’re left with the protein but not the other components of the food,” Klosz says.

You can find fiber in some yogurts, too. Although that sounds like a healthy benefit, it’s added in the form of inulin, also called chicory root fiber. “It’s healthier to get protein and fiber from whole foods that contain them naturally,” Klosz says, “and the fewer additives in your yogurt, the better.”

In general, the healthier yogurts in our tests also had the best flavor and texture. Yogurts in all three fat categories—nonfat, low-fat, and full fat—and those with less added sugars came in at the top of our ratings. Also important to our testers was the quality of the vanilla flavor. “Those with real vanilla extract or bean flavor tended to have higher scores,” Klosz says.

Most plant yogurts didn’t do well at all when it came to flavor and texture. Of the 15 we sampled, the coconut-based products—particularly Oui by Yoplait and Trader Joe’s—fared best. Silk Almondmilk yogurt also pleased our taste testers.

No matter whether you go with dairy or plant-based, CR recommends choosing a yogurt with 6 grams of added sugars or less and the fewest ingredients. Check our yogurt ratings to find the best one for you.

Watch Out For Sugar in That Cup

Yogurt isn’t always good for you. Some brands have loads of added sugars. The plant-milk yogurts we tested tended to have more, and vanilla Kite Hill Almond Milk Yogurt, at right, was one of the sugar-filled: 17 grams in just one container. That’s the amount in 4¼ sugar cubes or 4¼ teaspoons. (Ideally, you should have no more than 12 teaspoons of added sugar a day.) Our top-rated yogurts have 6 grams of sugars or less. Fage TruBlend Low Fat Greek Yogurt has no sweeteners at all. Check ingredients lists: Some yogurts may be low in added sugars because they have low-calorie sweeteners like acesulfame-k, stevia, or sucralose. Some studies suggest that those aren’t much better for you than sugar.

Sun Oct 4 , 2020
InvestorPlace 7 Artificial Intelligence Stocks to Buy for October With so much death and economic destruction wrought by the novel coronavirus, it’s hard to find the silver lining. But if there is one on Wall Street, it’s the rise of artificial intelligence stocks. Yes, there is the profitability angle from […] 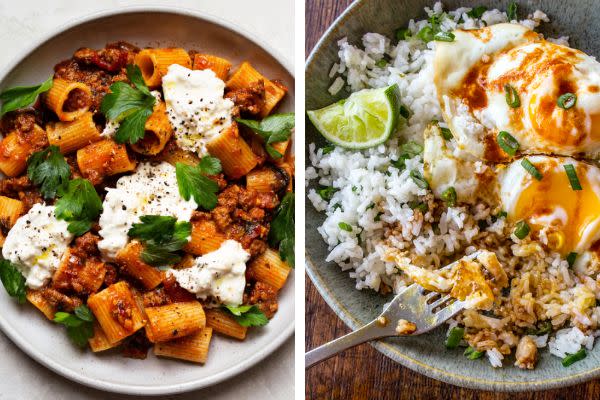