Food cravings are very familiar to most people. We may see or smell food and want to eat, or sometimes we suddenly feel like eating something delicious. These intense desires occur even when we’re not hungry and can be very difficult to resist.

There are many reasons why we may “feel” hungry even if our stomachs aren’t growling. Physical hunger in our bodies is controlled by complex physiological signals which stimulate our appetite and then suppress it after we’ve eaten (known as satiety). However, eating is much more than just responding to a biological need.

There’s another system that drives and motivates us to consume foods that are rich in energy (calories): the brain’s “food reward” system. The rewarding nature of food can easily override our satiety signals and seriously undermine our ability to resist temptation.

Eating delicious foods is inherently pleasurable. This anticipated enjoyment is a powerful motivator of our food intake. The sight and smell of food attracts our attention, and we may start to think about how nice it would be to eat. This may result in cravings and food consumption.

Research has even shown that junk foods, such as chocolate, ice cream, chips and cookies, are especially hard to resist. These types of food are high in fat and/or sugar, which makes them highly appetising and therefore desired.

Food reward is underpinned by complex brain biology, including the endogenous opioid system and the endo-cannabinoid system, both of which have roles in the “liking” and “wanting” of food (such as the enjoyment of eating, and the motivation to attain food). The nucleus accumbens (an area of the brain that controls motivation and reward) contains overlapping opioid and cannabinoid receptor sites which, when stimulated, produce powerful effects on desire, craving, and food enjoyment.

In some people, these systems may be more active than others, and so their motivation to eat is incredibly powerful. For example, brain imaging studies have shown that in people who habitually crave chocolate, there is greater activity in brain-reward regions when presented with the sight and taste of chocolate, compared to people who aren’t chocolate cravers. These individual differences are likely due to a combination of genetic and learned factors which have yet to be fully understood.

The reward system also enables us to form associations between being in certain situations and eating high-calorie foods, such as wanting fish and chips when we’re at the seaside or popcorn at the cinema. An interesting study found that people could easily learn such associations when they were given a milkshake while being shown images on a computer screen. The participants reported greater desire for a milkshake when they were shown these images compared to when they were shown images that were not associated with the milkshake.

The food reward system is highly efficient at directing us towards food sources and encouraging consumption and, because of this, it can easily override satiety signals. In our evolutionary past, when we were hunter-gatherers, this system would have been highly advantageous as we needed to be able to rapidly detect food sources and consume high quantities of energy-rich foods when available. This opportunistic over-consumption would have protected us against future periods of famine and ensured our survival.

However, in modern society, our natural motivation to seek out high-energy foods puts us at risk of weight gain. Modern dietary environments have been called “obesogenic” due to the abundance of high-calorie foods, which are often low-cost and served in large portions. Maintaining healthy eating behaviours in this environment is incredibly difficult and requires constant exertion.

Firstly, it’s important to understand that there are powerful biological and psychological forces that motivate us towards food and which are constantly operating in an obesogenic environment. There’s nothing morally inferior about giving into food cravings. Blame and stigma around eating and weight are known to be highly detrimental and need to be eradicated. However, there are ways that we can bring our cravings under control.

People often go on restrictive diets as a way of managing their eating and weight. However, dieting can paradoxically make food cravings worse. In one study, dieters experienced strong cravings for the very foods they were trying to restrict. Avoidance can make problematic foods even more prominent in our minds, and once we start thinking about these foods it increases desire and cravings.

So, setting realistic eating and weight management goals is likely to be a better approach. Achieving goals increases belief in our ability to succeed as well as improving mood, which in turn can help us stick to healthier eating patterns. In contrast, setting unrealistic goals has the opposite effect.

It’s also important to identify and manage tempting situations. For example, avoiding the confectionery aisle in the supermarket altogether may help to prevent cravings and curb impulse buys.

Many people also experience cravings and desire to eat in response to mood. Therefore, trying to develop alternative coping strategies that don’t involve food and drink (such as going for a walk) can be helpful.

Finally, distinguishing between physical hunger signals and cravings may also help with control of food intake. “Mindful eating” involves paying attention to hunger and satiety signals, and has been shown to be an effective weight-loss strategy.

We all can, and should be able to, enjoy eating nice-tasting foods. It’s just important to listen to our body’s satiety signals so we don’t go overboard.

Mon Aug 17 , 2020
CLEVELAND, Ohio — It’s finally August, which means everyone is doing their best to make the most out of the end of summer without completely melting thanks to those late-summer temperatures. August is a month full of refreshing flavors — ripe tomatoes, end of the season watermelons and as much […] 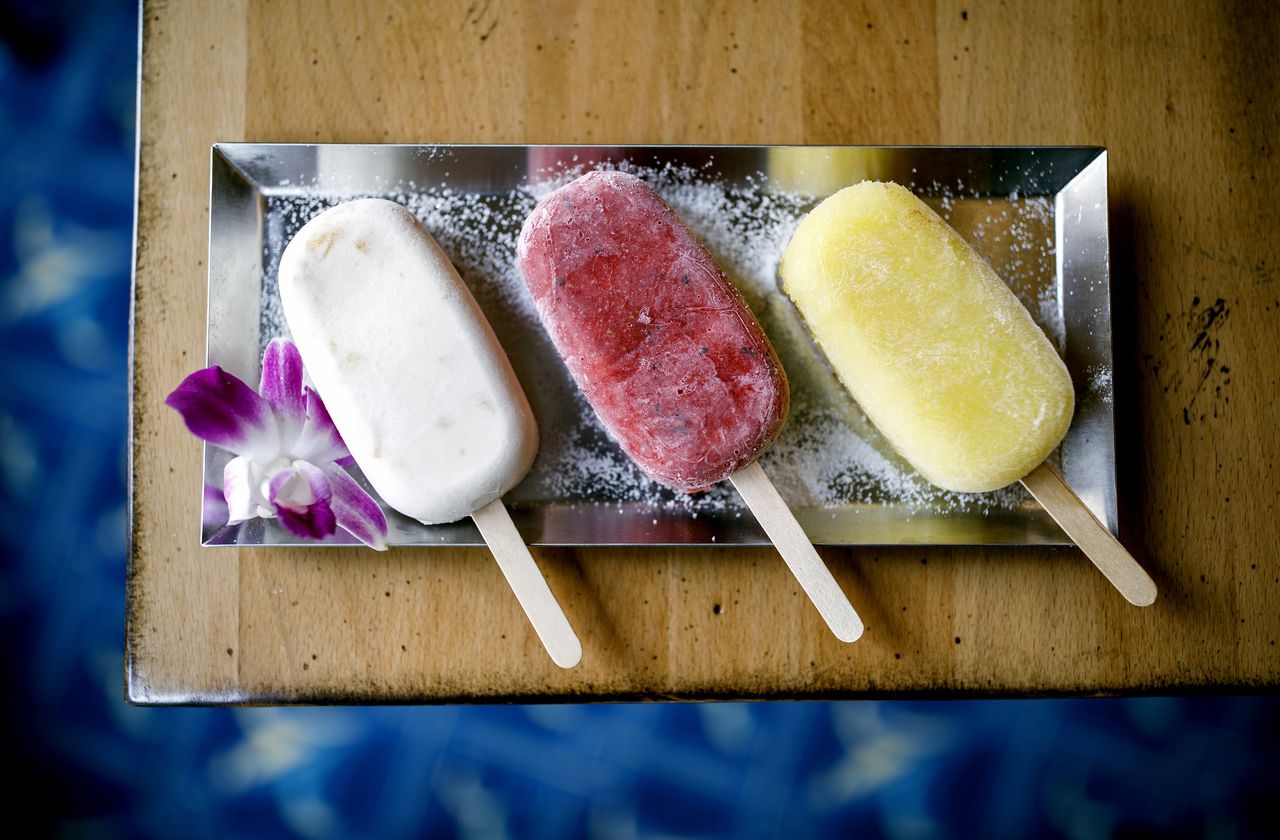