Supportive spouse! Hilary Duff has been spending some of her time while quarantined amid the coronavirus pandemic honing her culinary skills and, by the looks of it, she’s getting pretty darn good — just ask her husband, Matthew Koma.

On Tuesday, July 21, the musician, 33, headed into the recording studio to get some work done, but he didn’t show up empty-handed. According to 32-year-old Duff’s Instagram Stories, she made her man a picture-perfect salad complete with a hard-boiled egg, tomatoes, sliced cucumbers, olives and more. “Mommy made daddy lunch for the studio today!” she wrote over a photo of the colorful plate.

Per Koma’s own Instagram Stories, the healthy meal also included a bottle of homemade cashew milk, also prepared by Duff.

In June, the Lizzie McGuire alum whipped up a restaurant-worthy meal and proudly showed it off on social media. “Crab/egg/ avo toast for dinner last night!” she captioned an Instagram photo of her creation at the time. “I really need to work on my lighting/camera/plate design skills lol but the taste ….. I think little ratatouille would be impressed .”

Back in March, Duff teased her husband for scrolling through Postmates as they lay in bed. Though the record producer was longing to order some grub via the delivery app, he dismissed the notion that it was because he didn’t like dinner that night. “Tonight was the best thing you’ve made,” he said on Duff’s Instagram Stories at the time.

The Younger star agreed and later shared the recipe for the meal she made with her social media followers. “My dinner tonight actually was very delicious, if you’re bored like we are of eating, like, all the same things that I normally cook or that you normally cook,” she explained. “This was coconut shrimp fried rice, and I added a chicken breast to it. It has egg and it has peas and carrots, and I’m gonna post the recipe. I found it on FoodAndWine.com.”

When she’s not cooking some tasty eats for her family, which also includes 20-month-old daughter, Banks, and 8-year-old son, Luca, who she shares with her ex-husband Mike Comrie, Duff is trying her best to keep her brood entertained.

On Tuesday, that meant playing something she referred to as “the disgusting eating game” with Luca and one of his friends. Apparently, the premise of the game involves eating a spoonful of many foods mixed together without gagging or spitting it out.

When it was Duff’s turn, she immediately balked at the concoction of foods placed before her. “I’m trying not to look,” she said as she brought the spoon to her mouth with her eyes closed.

As the Houston native took a bite and made a disgusted face, Luca and his friend laughed uproariously in the background. “What is that?” she asked. According to the boys, the spoon was piled high with lemon yogurt, hot sauce, ranch dressing, bacon and mustard. “Ugh,” she replied.

Amid a Deadly Virus and Crippled Economy, One Form of Aid Has Proved Reliable: Food Stamps

Wed Jul 22 , 2020
Joseph Baker near his home in Altamonte Springs, Fla., July 17, 2020. Baker, who was laid off in March due to the coronavirus pandemic, had to apply for food stamps. (Charlotte Kesl/The New York Times) WASHINGTON — More than 6 million people enrolled in food stamps in the first three […] 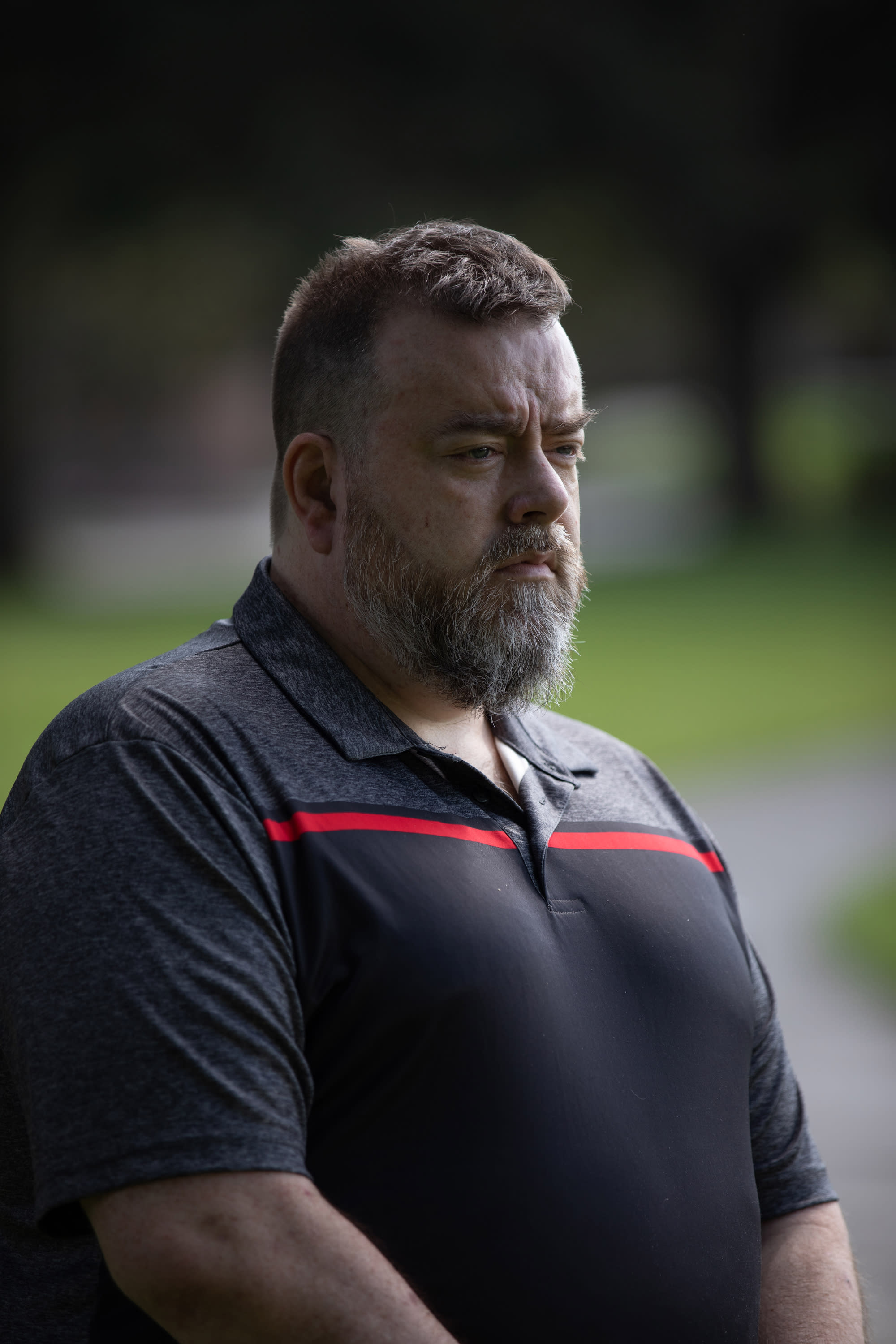