Thank you, Ron and Nancy Richey, for the kind words about my column and for suggesting I write about okra. It is a vegetable that has been popular in the South and has had not-so-favorable publicity.

Most people do not like the slippery texture of okra. Even though I grew up in Southwest Virginia, I do not remember okra as a vegetable.

Much later, Allan and I were invited to dinner at the home of one of his employees. She recently had married a fellow from Delhi, India. He contributed to the meal by stir-frying some okra. In India, okra is a common vegetable. The smooth, light, clean slick that okra exudes is supposed to be desirable.

As a nation, we seem to have a horror of slipperiness in food; noodles are the exception. In Japan, the slithery slurp of soft seaweed is desirable, as is okra’s texture. In China, a slippery sensation balances a crisp one in a meal, as bitter does sweet. In the Balkans, the Caribbean, the Middle East, South America, Africa and India, cooks do not try to hide the slipperiness of okra — they like it.

Black slaves brought okra to the Western Hemisphere from Africa. Its origin is tied to Africa by its name, which comes from a language spoken on the Gold Coast. Slaves from Angola brought okra to America, but they called it “ngombo.” The name quickly was changed to “gumbo,” which eventually came to mean a stew in which okra was an ingredient.

This stew was adopted from native Indians who cooked okra with any type of meat, including owl. To thicken the stew, the American Indians of the South used file powder made from dried sassafras leaves. The Indians soon found that the okra brought by the African slaves also thickened their stews. They consequently gave this new dish the name gumbo.

In 1627 in Carolina, a 12-pound sack of okra sold for 12 shillings — a bargain no settler could resist, as okra grew profusely.

Okra is the edible pod of a bush of the hibiscus family. The blossoms are very showy — pale yellow at dawn, deep gold by noon and crimson when the sun sets.

The Moors called okra pods “sun vessels.” They believed that the ripened seeds contained therapeutic properties, which, once consumed, would remain in a man’s body forever. This notion was shared by many Arabs and Africans and caused okra to be highly prized. The Arabs deemed okra a rare delicacy and prepared it only for special occasions, such as weddings.

Okra is always harvested unripe. This takes place about 10 weeks after planting, when the okra pods are about 9 inches in length. If allowed to ripen, okra becomes very fibrous and is not digestible. Okra is primarily used in stews and is usually cut into slices, which look like little wheels with seeds in between the spokes.

The clean, pleasing taste of okra is overshadowed by the mucilaginous quality that makes it a good thickener for stews. Most people do not like the slight sliminess of okra. It is seldom cooked as a separate vegetable, except in India.

Today, okra is regarded as a Third World vegetable. In India, where a slightly different variety of okra is grown, it is eaten fresh, prepared like asparagus or pickled. In the Middle East, okra is combined with chopped meat and cooked. Okra has become part of various stews in the Caribbean. It is also an integral part of Louisiana cuisine, as well as the cuisine of Georgia. There, okra was combined with rice, which also grew in Georgia. Both were combined in dishes frequently cooked on the coast.

A new canning method for okra was developed in the 1950 in which freshly harvested pods are quickly placed in a new processing solution. This new solution keeps the okra tender but firm. Okra is also available frozen and may be used in any dish calling for fresh okra.

Limping Susan is a dish of the coastal region of Georgia and South Carolina.

» Salt and pepper, to taste

Sauté the bacon in a medium saucepan over medium heat until crisp. Add the okra; stir and cook 1 minute. Stir in the remaining ingredients. Bring to a boil. Then cook, covered, over low heat until the rice is tender, about 25 minutes. Remove the cover and continue cooking until the mixture is fairly dry. Serves 4 to 6.

Wed Jul 29 , 2020
The government should raise its ambitions on paying farmers to improve the countryside, the report says An independent review of UK food policy is calling for “a gold standard level of scrutiny” to ensure new trade deals do not undermine the environment. Verification schemes should address concerns such as imports […] 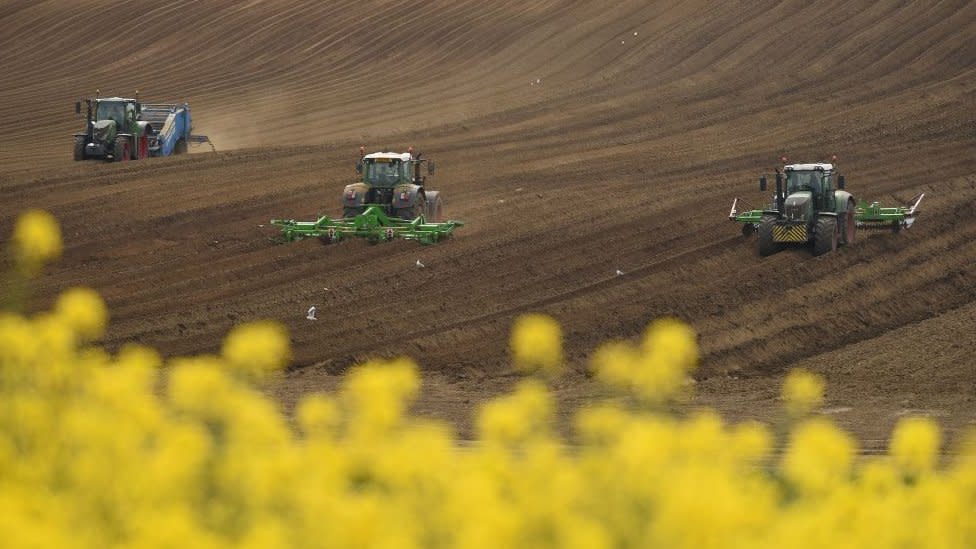