With cooler temperatures and a second wave of COVID-19 upon us, it’s time to prepare for more cooking at home. I’ve been thinking a lot about what to eat this winter. For those craving a change of pace from what we cooked in the early days of the pandemic, I suggest one of the quintessential wintertime Chinese classics: the mighty hot pot.

It’s a simple concept: a communal pot of broth boils over a portable stove at the centre of a dining table, surrounded by vegetables, dumplings, paper-thin sliced raw meats, tofu, seafood, mushrooms and noodles. Everyone at the table cooks their own food in the broth, and voila. Think Swiss fondue, but with more firepower.

“We definitely expect hot pot to be something people will be enjoying a lot,” said Tina Lee, CEO of T&T Supermarkets. “It’s going to be a long winter and people feel the need to switch up what they’ve been cooking. The best kept secret is that it looks beautiful, but it’s so easy to do.”

Hot pot is one of my mom’s go-to things to do during the winter. She’ll head to the Chinese supermarket to buy pre-sliced meats, beef tendon balls, frozen dumplings, tofu, leafy greens and noodles. She’ll make a broth of just water, chopped napa cabbage and thick slices of daikon, and then fire up the portable butane stove.

As we cook, the broth gets flavoured with the various meats, dumplings and vegetables, all culminating to an aromatic broth perfect for noodles and tofu to soak up. The bonus is that the bubbling broth warms up the house and adds a bit of moisture to the dry winter air. For some households, the smell of baked cookies signify the winter months, but for me, it’s the aroma of hot pot.

Typically hot pot is for larger gatherings since it’s basically a buffet of cook-your-own food, but my family has done hot pot with the three of us many times with just four or five ingredients. During the great ice storm of 2013 when our neighbourhood was without electricity for a week, we turned to hot pot to keep us fed (and warm).

Most Chinese supermarkets have all the necessary ingredients and gear needed for a hot pot set up. T&T and other large East Asian grocers such as Galleria are one-stop shops. First, you need a portable butane stove. It’s a flat stove, typically with a single burner, and a compartment for a canister of butane gas (usually sold in packs alongside the stoves at Asian grocers).

These stoves are safe to operate in the house as long as the manufacturer’s instructions say they’re suitable for indoor use, says Justin Law, a public educator with Toronto Fire Services whose family has been doing hot pot for as long as he can remember.

Law advises when using a butane stove, do it in a well-ventilated room and make sure the carbon monoxide detector is working. Also, never leave the fire unattended and make sure the stove has fully cooled before putting it away. When the butane canisters are empty, take them to one of the city’s drop-off depots that accept household hazardous waste.

If the butane is too much trouble, induction burners have become more popular in recent years (it’s what Law uses at home).

Additional gear needed includes a pot to sit on the stove. Some have a divider down the middle so that you can cook with two different broths. Wire or metal spider strainers are used to cook noodles, leafy greens and anything else that would be hard to hold onto with chopsticks. Speaking of, each person usually has two pairs of chopsticks: one set to eat with and the other to handle raw ingredients. A regular ladle is used to scoop up the delicious broth, as well as skim off layers of fat that accumulate.

As an alternative option, many of the city’s hot pot restaurants have started takeout options during the pandemic.

Angus Wei, North American operations director for the international Liuyishou Hot Pot chain with three locations in the GTA says the restaurants started delivering hot pot kits to homes in February when Chinese businesses saw a slump as news of COVID-19 was coming out of China.

Starting at $80 for two, the hot pot sets come with soup bases, sliced meats, vegetables, noodles and dipping sauces. If you don’t have the butane stove and pot, the restaurant will lend them to you for a $20 deposit. You can either drop it off at the restaurant afterwards or arrange for staff to pick it up for free from your residence.

“We have instructions for the stove and the pot, a cooking time list for all the products, and we label everything,” said Wei, adding that takeout and delivery has been essential to the business since its dining rooms aren’t operating at full capacity. “We give everything to the customers so they can learn how to do it.”

However simple or elaborate the hot pot set up gets is up to you, but above all it’s a fun meal meant to be shared with the people around you, even if the gathering is smaller this year. A guide to hot pot

There are multiple options when it comes to the broth: T&T’s Lee is like my mother in that she prefers a plain soup base (Lee mixes equal parts chicken broth and water). Others like milk (dairy, unsweetened soy or coconut) spiked with aromatics like onions. Heat seekers love the chili-based broths that are popular in parts of northern China, and those soup bases are sold by many brands such as Little Sheep and Haidilao.

As for what to cook, meats are the first thing that goes into the broth when it starts boiling because they cook the fastest: A few swishes in the hot broth until the meat is no longer pink is all it takes. You can slice the meat on your own (it needs to be paper thin) but it’s easier to buy the pre-sliced stuff at Chinese grocers.

Beef rib-eye and lamb are the most common, but there are also pork and chicken options. Sliced fish and shrimp are also commonly added, along with oysters (the big ones that come in plastic tubs, not the ones you eat raw on the half shell).

Vegetarians need not feel left out, as meatless hot pot is also common. Start with a vegetable broth, perhaps flavoured with kombu (dried Japanese kelp) or a bit of miso. Simmer slices of taro, lotus root, pumpkin and daikon until tender.

Hot pot pros freeze their tofu ahead of time and defrost it before cooking, resulting in tofu with tiny little air pockets that soak up all the broth and an extra chewy texture.

Then come the best part: noodles swimming in that broth that has been simmering for the last hour.

“As you cook, the soup gets more flavourful so at the end you have to have noodles,” Lee said. “Your soup base may have started very plain but by now it will taste amazing.” Udon, vermicelli, ramen, shirataki and mung bean noodles are commonly used.

But what makes or breaks a hot pot meal is the dipping sauce. At the start of a meal, everyone is given a bowl to mix their sauces to dip their cooked meats and veggies in.

It can be as simple as soy sauce or as elaborate as a mixture of the following: Peanut butter, sesame paste, soy sauce, chili oil, sliced green onions, cilantro, sesame oil, black vinegar, minced garlic, chili paste and shacha sauce, a salty and slightly spicy Chinese condiment that’s a mix of soybean oil, garlic, shallots, chili, dried shrimp and brill fish (it comes in a silver tin and is usually referred to as barbecue sauce in English).

Some also mix in a raw egg yolk for a velvety texture, but it’s up to personal preference (and whether you’re OK with raw eggs). There really is no rule.

What do you put in your favourite hot pot recipe?

Anyone can read Conversations, but to contribute, you should be registered Torstar account holder. If you do not yet have a Torstar account, you can create one now (it is free)

Conversations are opinions of our readers and are subject to the Code of Conduct. The Star does not endorse these opinions. 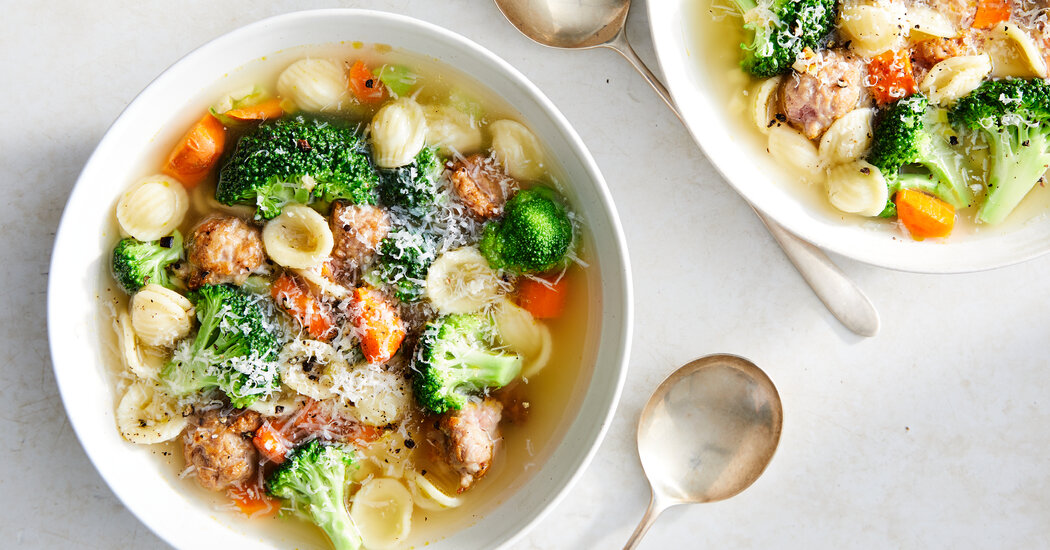