I remember the first time I truly understood how accessibility barriers can increase one’s risk of food insecurity. I was a newly minted dietitian in the home of a woman who was mostly bed bound with only a walker as a mobility aid. “I can’t stand for more than 10 seconds,” she said. “How am I supposed to pick up a heavy pot and cook?”

Food insecurity research suggests that individuals with physical and cognitive disabilities may encounter barriers shopping for food and preparing meals. Further, a study that interviewed 30 people with physical and cognitive disabilities in New Jersey found that most encountered structural and attitudinal discrimination that makes cooking and shopping less accessible.

And according to Khalilah Johnson, PhD, MS, an Assistant Professor in the Division of Occupational Science and Occupational Therapy at the University of North Carolina School of Medicine, that underserved population is larger than one might expect. “There are countless individuals with physical and intellectual disabilities who live in the community and take care of their own homes, including cooking and grocery shopping independently, as well as those who may require some level of assistance,” she says. “The ease through which that process occurs is often dependent on accessibility.”

The barriers to accessibility, according to experts like Johnson, occur throughout the food acquisition and preparation process, and include barriers of attitudes in mainstream media. Here are the main ways that people with disabilities face systems and assumptions that do not accommodate their needs.

Barriers in the supermarket

Because supermarkets are defined as public spaces, they have to comply with the Americans with Disabilities Act (ADA) and therefore offer some accessible options. Major chain stores have accessible checkout stations and one or two wheelchair shopping carts, notes Washieka Torres, a disability rights scholar, researcher, activist, and documentarian. But Torres believes they can continue to be improved.

According to Torres, produce counters are generally designed with an average height adult without a disability in mind, and cheaper items are commonly placed in the lowest or highest shelves. When shopping with a wheelchair, Ally Grizzard from Atlanta, Georgia, says, “It’s hard to find an employee to come and help me get products down from high shelves, so a lot of the time I’ll just ask another shopper.”

Further, Torres notes, supermarkets may harbor pricing barriers for people with disabilities. “For instance, pre-cut items are priced as a luxury,” she says, “so someone who needs pre-cut fresh fruits or vegetables would have to pay much more for them. People assume a person without a disability is buying them for convenience.”

When supermarkets do stock pre-prepared ingredients, people call them out on social media for selling “lazy” products. This ignores people with disabilities who rely on these, says Anna Moyer, creator of Accessible Chef. Moyer’s brother, Sam, lives with Down Syndrome. She explains that individuals with intellectual disabilities find anticipating hazards more challenging and may, for example, rely on pre-cut and pre-cooked meat to prevent injuries and food poisoning.

“People with disabilities aren’t seen in society as primary shoppers and makers of food,” explains Torres. This limited vision applies negatively not only in shopping options, but in overall food service in settings for people with disabilities, says Elaine Gerber, Associate Professor of Anthropology, Montclair State University, and former president of the Society for Disability Studies. “People with disabilities are often presumed to be unable to cook or that it is seen as too dangerous for them, so they are often not taught to cook,” she says. Instead, food magically appears in front of them, creating what Moyer describes as a “learned helplessness.” For Moyer’s brother Sam, convincing him that he could prepare simple dishes was the first barrier to teaching him to cook.

Barriers in the kitchen

And when people with disabilities do feel empowered to cook at home, they often face kitchens that stand—literally—in their way. Unless a kitchen is ADA adapted, they’re full of physical barriers, according to Gerber. Ally Grizzard, who documents her life in a wheelchair on both her blog and popular Instagram account @allygrizzard, lists a few major issues: Non-adapted range ovens pose a challenge for wheelchair users to pull dishes out with both hands while maintaining balance. High counters are no longer ergonomic and positions the cook’s face dangerously close to the stove. Separated benches are dreaded, she says. “We don’t have the balance to pick up a pot, fill it with water and carry it from an island to the stove while wheeling with our hands.”

Adapting a non-ADA kitchen can be expensive and time-consuming—more barriers. “The issue with kitchens is that once you find a home that is accessible to you, there is a process to get the space compliant which can often take time and money,” says Torres. In her work as an occupational therapist, Khalilah Johnson has helped clients with disabilities re-design kitchens and incorporate adaptive utensils. However, she says that these “can be costly, and as a socio-historically disadvantaged community, these necessities can be out of reach for individuals with disabilities.”

Even if someone does have an adapted kitchen and tools, how they might cook with these modifications isn’t often covered by traditional food media. “In cooking shows and videos, you never see the countertops lowered and cut out for wheelchair users to wheel up under, or stoves with knobs at the front instead of at the top so we’re not reaching over the hot surface to adjust knobs,” Grizzard says.

Lack of differently abled writers and presenters in mainstream food media can lead to a lack of inspiration for how to adapt recipes with do-it-yourself modifications. “We need someone to look up to, to see it in place,” says Michael Thor, the owner and operating manager of Whiskey Kitchen in Raleigh, NC, an award-winning chef who lost the use of his arms and legs in a motorcycle accident, and now works at his restaurant in a motorized wheelchair.

For people with cognitive disabilities, cooking shows can really miss the mark, adds Anna Moyer. If presenters move through steps too quickly, fail to explicitly state every step of the cooking process, or make assumptions about the viewer’s skill level, it may alienate the home cook with a cognitive disability. Similarly, many written recipes use shorthand or glaze over steps—for example, stating “make a white sauce,” without describing how. And of course, a lack of inclusive representation on these shows provides a further barrier.

The path is a clear one, says Johnson: To further improve accessibility, hiring individuals with disabilities to work in and influence the food industry is vital. “When [people with disabilities] are excluded, industries will inevitably continue to reproduce marginalizing practices,” she says.

While activists agitate for inclusivity on mainstream food programming and platforms, Gerber observes that people with disabilities are “providing more ‘cooking information’ to each other online and in person, [which] is an area where there is great improvement.” For instance, Gerber notes the World Institute on Disability’s (WID) Resource page and Facebook groups like Crip Cuisine.

Independent content creators on YouTube like Stump Kitchen, CookABILITY, Kenneth Poole, and Meg Johnson provide inspiring examples of inclusive representation. On Instagram, Thor’s account @CrippledCook is a way for him “to adapt and stay involved in what I love, while also helping others, my other favorite thing to do.” Inspired by her brother Sam, Anna Moyer creates visual recipes on Accessible Chef. When Sam uses a visual recipe, he is guided by prompts to complete each step in the right order. He grasps the movement required for a new task by initially working “hand-over-hand” with his family to get a feel for it. For meals he has mastered, prompts are removed.

The experiences of individuals like Sam Moyer, Ally Grizzard, and Michael Thor—exemplifying tenacity to cook and participate in the food industry despite myriad roadblocks—deserve bigger platforms and broader distribution. Institutions from disabled service providers to supermarkets and grocery stores need fresh looks at how they serve (and don’t serve) differently abled shoppers, and accessible kitchen designs need to be more achievable on every level. “It is important for people with disabilities to be able to do whatever they want to do,” says Johnson. Shop, cook, eat, and thrive.

Tue Jul 28 , 2020
It was a few days before shelter-in-place began and I needed to get out of my apartment. I strolled across the Brooklyn Bridge into Manhattan, through the West Village, and stepped into Los Mariscos, still noisy and packed as ever just days before the city shut down. I felt better, […] 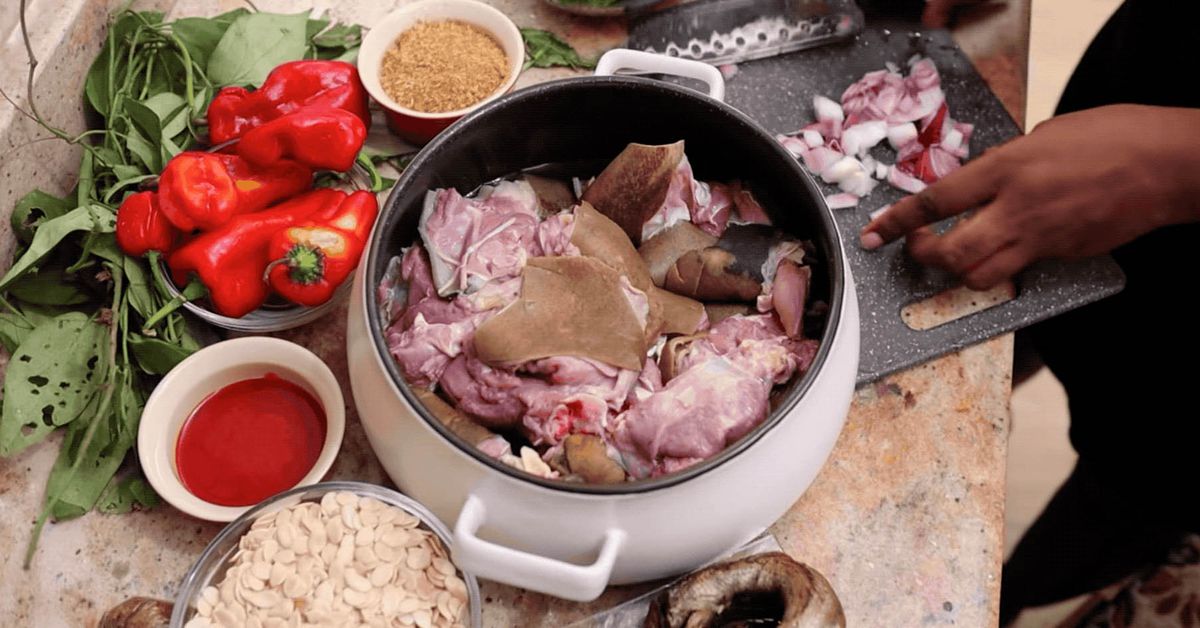