The world of Teyvat in Genshin Impact is staggeringly expansive, with countless nooks and crannies to discover. While you’re spelunking around Mondstadt and Liyue, you’ll come across loads of items like wheat, flowers and raw meat that you can’t do much with. Before you can use these ingredients to cook items to restore health or temporarily boost your stats, you’ll need to process them into ingredients. It’s a fairly simple step, but one that’s easy to miss as you’re getting a handle on all of the intricate systems in the game.

Here’s a rundown of the need-to-know info about ingredients, recipes, and making the most of cooking in miHoYo’s new open-world RPG. Let’s dig in!

How to process ingredients in Genshin Impact

You’ll encounter your first outdoor cooking fire early on in the game, just near the bridge that leads to the city of Mondstat. Talk to the traveler standing next to the cooking pot, and you”ll get your first chance to try your hand at cooking. From that point on, you can cook from any campfire you find on the world map, and at most restaurants in cities like Mondstat and Liyue Harbor.

It’s easy to miss, but in the cooking menu, there’s a second tab that look like a chili pepper. Navigate to it (R1 if you’re playing on PS4) and from there you’ll see an assortment of ingredients you can make, such as flour, cream, ham, cheese, and jam.

Each ingredient takes a certain amount of real-world time to create. Flour only takes a single minute, but more complicated items like sausage or cheese can take as long as 20 minutes. No matter how many of a particular ingredient you choose to process, it takes the same amount of time — making five jars of jam doesn’t take five times as long. It makes sense to bulk-process ingredients to avoid waiting around.

Obviously, you aren’t going to want to wait around for 20 minutes for cheese when there’s so much to see and do in Genshin Impact. Thankfully, you can collect your completed ingredients from any campfire or restaurant cooking site in the game — it doesn’t matter if it’s the same location where you stared the processing.

How to find more recipes and ingredients in Genshin Impact

Like with most consumables in the game, the best way to find more is to get out there and explore! You can find ingredients on the ground, in chests, and often hidden in barrels or pots near dwellings. If you’ve got a hankering for meat, head out into the wilderness and keep an eye out for squirrels, boar, and other wild animals roaming the landscape. If you’re quick enough, a sneaky swipe of the sword will see meat raining down from the skies for your culinary pleasure. Beaches and riverbanks can also be a prime spot for finding crab, fish, and veggies.

Cities like Mondstat and Liyue Harbor have restaurants and merchants where you can purchase raw ingredients, cooked dishes, and new recipes. Many of the recipes available for purchase will be locked behind a specific Adventure Rank, in five-level tiers.

Don’t forget to actually talk to shopkeepers, restaurant staff, and even nearby patrons — don’t just brows the goods on offer. A bit of small talk will often get you a sample of the vendor’s specialty to try for free. In the early hours of the game, it’s a great way to fatten up your pantry on the cheap and get a clearer sense of which kinds of items you find the most useful.

Until you reach Adventure Rank 15, most of the dishes you’ll be able to cook are simple one- and two-star dishes to restore HP. As you progress, you’ll access recipes that decrease your rate of stamina depletion or boost stats such as attack and defense for a set period of time. (If you’ve ever played the Tales series of RPGs from Bandai Namco, Genshin Impact‘s food items work pretty similarly.)

When you’re cooking a dish, you’ll want to time your button press to coincide with when the slider reaches the white or yellow zone. Landing in the white zone will earn you a standard level dish. The yellow zone will reward you with an enhanced version of the dish and a proficency point. Once you max out the proficency for a given dish, you’ll unlock automatic cooking for that item, allowing you to make multiple copies without bothering with the timed slider.

There’s one important detail about cooking in Genshin Impact that’s easy to miss. After you’ve selected an item to cook, you can choose which of your characters prepares the meal (press Square on PS4). You’ll see your entire roster of party members, and sometimes specific characters may “obtain special dishes” by preparing their favorite foods. Sure, it’s easy enough to just prepare everything as the main character, but taking that extra second to find the best character for the job is totally worth it.

Genshin Impact is out now on PS4, PC, Android and iOS.

World Vegetarian Day: Include these nutrient-rich foods in your diet 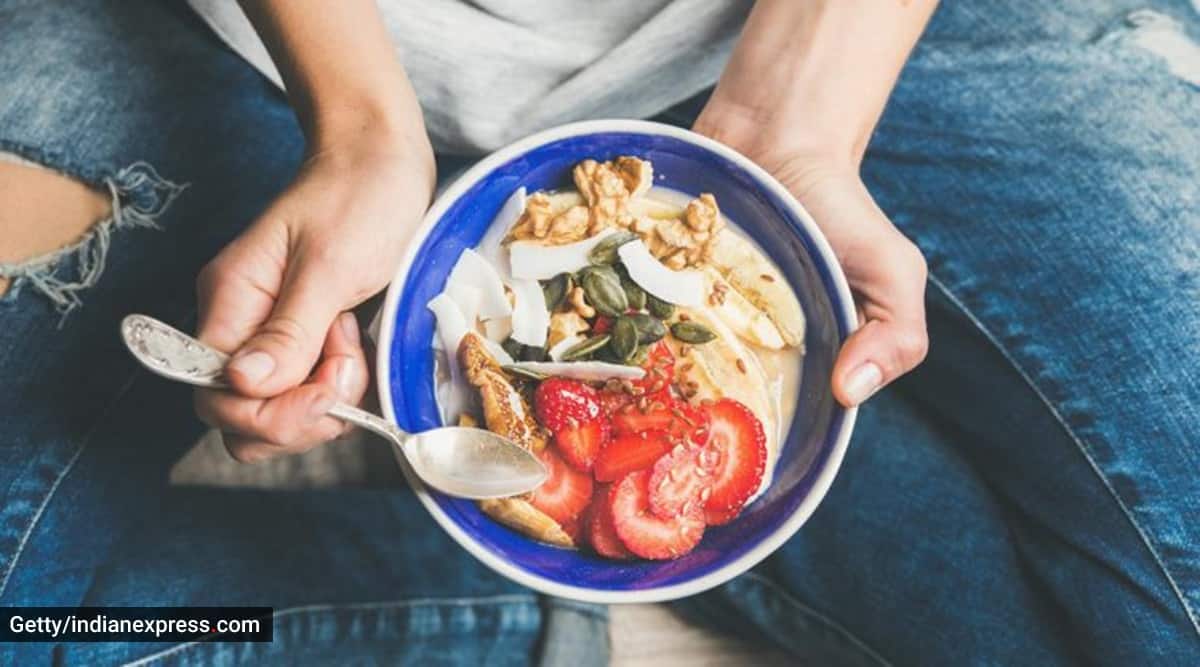