It’s not unusual for human beings to forge strong emotional connections to food. We all know that feeling of satisfaction or pleasant nostalgia when we take a bite of our favorite dish or partake in the ritual of eating.

But when you make a living as a food writer, the stakes associated with your personal palate become even higher. I’ve been writing about the food and beverage world as a freelance journalist for several years, and I’ve now reached the point where my entire livelihood comes from sharing stories about ingredients, culinary techniques, recipes and memorable flavors. And that’s why, after I contracted COVID-19 during the first week of 2021, I felt especially weakened and frightened by the loss of my sense of taste and smell.

My senses disappeared without any warning.

Prior to my positive COVID-19 test result, I’d read a few articles detailing what I could expect from this illness. I felt like I had a solid understanding of the potential symptoms. I knew to keep a thermometer handy, that stomach nausea could occur and that persistent body aches were common. And yes, I’d heard about decreased smell and taste capabilities.

But what I didn’t understand was that these senses could vanish suddenly during the course of the day. I started drinking a Diet Coke in the afternoon of my fifth post-diagnosis day, and halfway through the can, I realized I couldn’t pick up any cola flavors anymore. Yes, I still got the sweetness and the tartness (and the carbonation, of course), but I couldn’t register anything more complicated than that at all. That brings me to my next point. …

Without a sense of smell, your sense of taste becomes very, very basic.

Even if you intellectually know that a sense of taste is almost completely reliant on a sense of smell, you don’t quite appreciate that fact until you’re forced to go without both.

As a food reporter, I’m so used to carefully and meticulously sampling dishes, trying to pick up on unique and complementary flavor profiles and seeking out new ways to phrase taste notes and nuances. But once my olfactory senses crashed, “flavor” became an impossibility. Instead, I could only taste the most basic essentials: sweet, sour, bitter, salty and savory (or umami).

No depth, no intrigue, no fun. Imagine painting with watercolors, but you’re only allowed to use black and white. Sure, you can vary the intensity of the shades, but no matter how much paint you smear on the canvas, you’ll never see any ROYGBIV colors.

In a desperate (and futile) attempt to get some color back into my diet, I found myself dumping salt on anything I could, munching on the most vinegary pickles I could find and gravitating toward sugary snacks that I would normally dismiss as far too sweet. I was determined to taste whatever I could manage, even if those “tastes” were elemental and more than a little boring.

Under normal circumstances, I’d describe my appetite as “hearty,” to say the least. But while under the influence of COVID-19, I felt my desire to eat winnow and wane. My lack of appetite started with nausea. During the first couple of days after I received my positive test result, I couldn’t keep anything in my stomach, not even water. Once the queasiness settled on day three or four, I felt briefly excited to eat my favorite foods again … until my sense of taste went away.

The inability to perceive flavors took all of the enjoyment out of mealtimes. I’d put a sandwich on a plate or some soup in a bowl, but after a couple of taste-free bites, I’d feel too bored (and too annoyed) to keep going. If I couldn’t get any real satisfaction out of the act of eating, then what was the point?

Texture has never played a more important role in my dining experience.

Any avid eater would agree that texture is a crucial element to the overall quality of any dish. Ideally, the consistency and toothsomeness of a dish will work in tandem with the flavors to create a memorable multisensory experience. But when taste and smell are off the table, then mouthfeel — the way food feels in our mouths — becomes incredibly important.

In a December story about COVID-19 smell and taste loss, coronavirus survivor Jane Nilan told HuffPost that during her illness, “I ate a lot of Cinnamon Toast Crunch, that’s for sure.” As a survivor myself, I wholeheartedly agree: Cinnamon Toast Crunch was one of the few foods that I could really bring myself to enjoy without a full sense of taste. The crunchiness, the coarse texture of the sugar, the defined but not overwhelming sweetness ― they all hit the spot.

Hot sauce was a lifesaver.

I’m a self-confessed heat fiend at all times. My fridge and cabinets are always stocked with at least a dozen different hot sauces, and I’ve been officially banned from making chili for my friends because my idea of “spicy, but still palatable” translates to “tongue-scorching and sweat-inducing” for most other people. When I discovered that my COVID-19 taste loss didn’t extend to capsaicin, the chemical compound in chili peppers that causes the burning sensation on our tongues, I took that as a clear sign that I’d have to amp up the Scoville rating of each and every meal. Tabasco, Sriracha, full-sized dried chiles, habaneros with seeds intact ― I ate them all, and I felt entitled to the heat-induced endorphins they provided.

I came to fully appreciate the power of memory.

There’s an ancient Greek and Roman philosophical concept known as the “memory palace,” which requires you to summon up specific images and scenes stored in your mind to help you recall fine details. While eating meals that I couldn’t taste, I came to rely on my own memory palace ― or at least on the wing of my palace devoted to flavors. As I bit down on an everything bagel with cream cheese, I tried to conjure up the taste memory of the sesame seeds, the onion flakes and the poppy seeds. Those thought fragments, combined with the fact that I could actually taste the kosher salt and the tanginess of the spread, helped me imagine the full bagel-eating experience, which increased my breakfast enjoyment (even if it was mostly an illusion).

Where I am now

I first tested positive for COVID-19 about three weeks ago, and I’m delighted to report that about 70{c33c21346ff5e26ab8e0ae3d29ae4367143f0d27c235e34c392ea37decdb8bed} of my sense of taste and smell has been restored. Can I taste every single flavor shade and tiny nuance in a glass of Bordeaux? Nope, not quite yet. But I’m back to full-fledged everything bagel enjoyment, which feels like a step in the right direction. I know I’m fortunate in that my case proved mild and that my sensory issues resolved themselves in just a couple of weeks, but even that brief period of time will surely prevent me from ever taking my senses for granted again.

Tue Feb 2 , 2021
ROCKY RIVER, Ohio — Go Buddha opened its food delivery service in Rocky River last July and is finding the city to be a friendly place. Maybe that’s because the chef really knows food –healthy food — and apparently that is being appreciated. But now he is going even further, […] 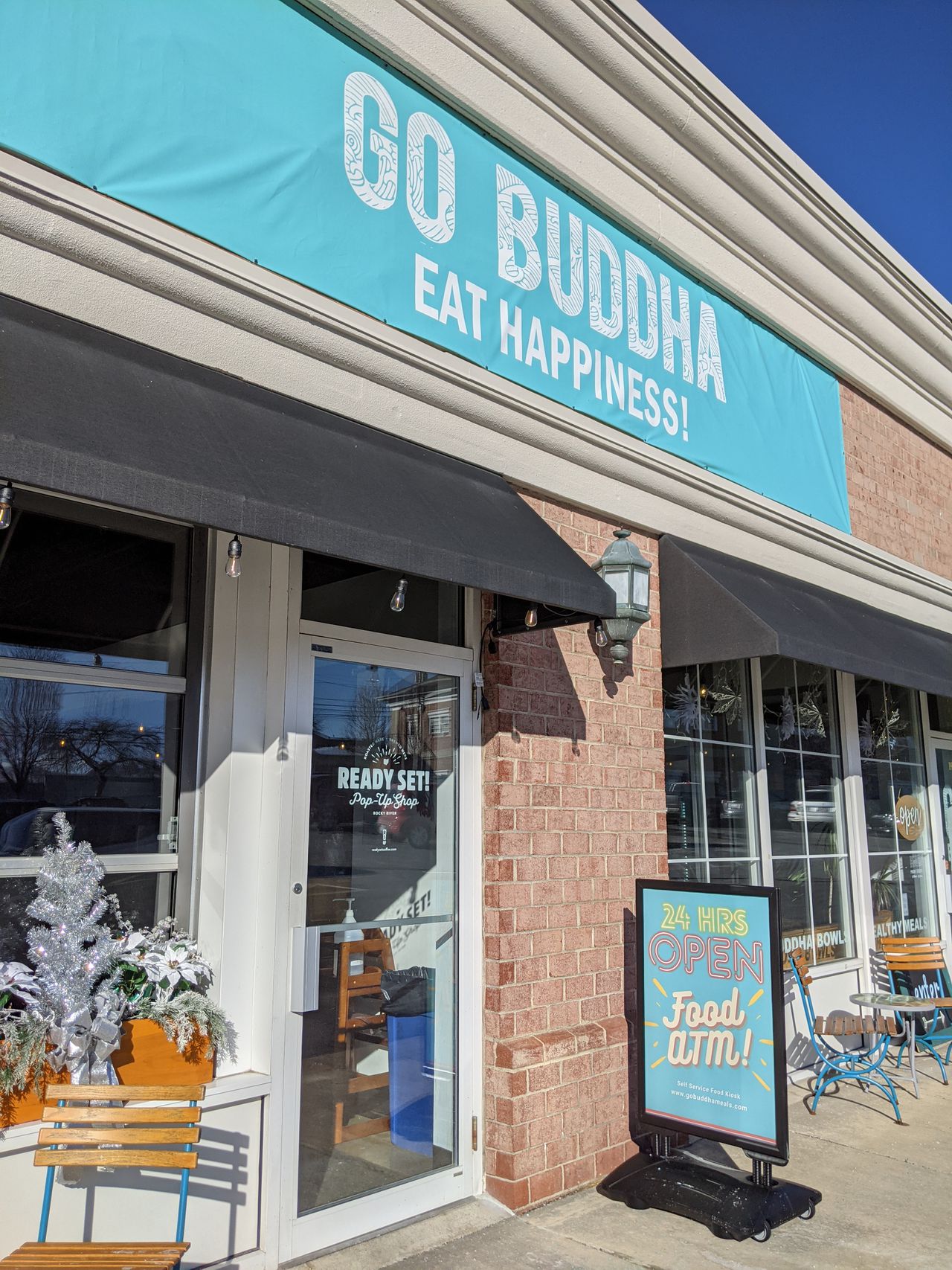