With everything going on in the world, many events have moved to virtual, online celebrations so fans can still participate while being safe. That includes you, Ina Garten stans. The chef’s upcoming book tour for her upcoming cookbook Modern Comfort Food (hurry up and order your copy here!) will take place online in partnership with Williams Sonoma.

Ina has been a total 2020 mood with her giant Cosmopolitans and the various decadent recipes she’s been sharing on Instagram. She’s been such a light these last few months that she even pushed up the release date of Modern Comfort Food to October 6 from its original October 27 release date because, in her words, “We all need it ASAP.” The cookbook will feature 85 recipes that give an Ina twist to dishes like tomato bisque and waffle iron hash browns.

Following its official release on October 6, Ina is hosting an online “book tour” of sorts that fans will be able to purchase tickets for through Williams Sonoma. The events will be star-studded, with Jennifer Garner joining on October 20 and Katie Couric making an appearance on November 17.

It’s suggested that you buy your tickets at least two days ahead for each event to ensure you get access. Spots are limited, as are signed copies of the book, so the sooner you purchase the better.

Tickets go for $35 on the Williams Sonoma site, and for those that preorder Modern Comfort Food from Williams Sonoma before October 6, they’ll get a downloadable catalog of all of the Barefoot Contessa recipes from all 12 of Ina’s cookbooks. You can also enter a giveaway to win Ina’s must-have kitchen items through the site.

It’s Ina’s world and we’re just living in it. I’ll pour out an extra large Cosmo to that. Cheers, people!

Sun Sep 20 , 2020
Oktoberfest, like so many other events, will be far different this year due to coronavirus pandemic.  The flagship celebration in Munich, which was scheduled Sept. 19-Oct. 4, was canceled in April. Many other events across the nation and around the globe followed suit. “It hurts, it’s such a pity,” Bavarian Minister-President Markus […] 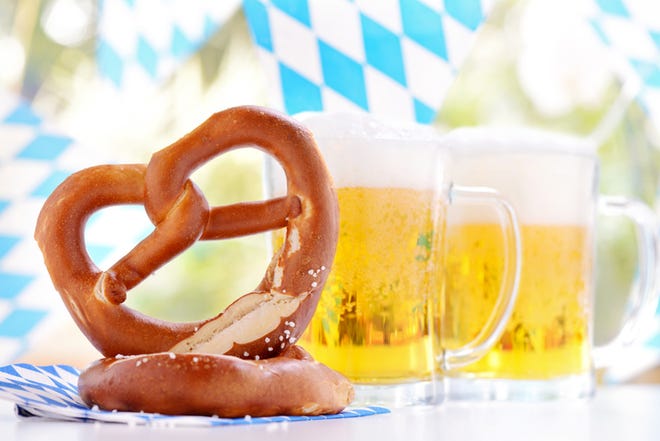