While most cats and dogs are still being fed ‘conventional’ wet and dry food, there has been a distinct shift in feeding practices over the past decade to include raw and home-made foods, particularly in Australia, finds an international study, published in this week’s issue of Vet Record.

These ‘unconventional’ diets may help nurture the bond between pets and their owners, but they may also be storing up health problems for these animals, warn the researchers.

Over half the world’s population has a pet: in the US alone there are more than 94 million pet cats and 89 million pet dogs.

There is a vast array of ‘conventional’ wet (tinned, pouches, rolls) and dry (kibble) commercial food options for cats and dogs in developed countries.

But trends in animal nutrition have mirrored those of human nutrition, with the content and origin of commercially available foodstuffs coming in for closer scrutiny. As such, pet owners have been exploring alternative options, including vegan, natural ‘ancestral’, grain-free, home-made and raw food diets for their dogs and cats.

To look at the extent of this shift over the past decade, the researchers trawled research databases for studies on feeding practices for pet dogs and cats in English-speaking countries and published between 2008 and 2018.

They found nine relevant studies, which indicate that pet feeding practices have changed over the past decade, with a decline in ‘conventional products’, particularly as the sole diet, and an increase in ‘unconventional’ diets, especially raw foods.

“In comparison with earlier studies, the differences in feeding practices may partially be explained by a loss of trust in the pet food industry,” suggest the researchers, citing a large global pet food contamination crisis that occurred in 2007.

Pet-owners in Canada and New Zealand were most likely to feed their dogs and cats an exclusively conventional diet.

“Avoidance of conventional pet foods in favour of [home-made] and [raw food products] may put the health of dogs and cats at risk,” warn the researchers, citing published analyses indicating insufficient levels of nutrients or imbalances in these diets and associated health conditions.

Home-made raw food diets pose an additional risk of infection in the absence of chemical or heat treatment steps to kill potentially harmful bacteria and act as a potential reservoir of antibiotic resistant microbes which can be passed on to people, they add.

“Considering the high prevalence of unconventional feeding practices, veterinary healthcare teams must be aware of the potential risks and benefits of these practices and educate their clients to help best meet the nutritional needs of their companion animals,” they conclude.

Tue Aug 11 , 2020
Photo credit: Ambitious Kitchen From Women’s Health If you’ve ever snacked your way through a jar of peanut butter in a day, you’re probably pretty damn convinced that snacking is your worst enemy when it comes to weight loss. But yeah, no. Snacks (you know, the healthy, well-portioned kind) can […] 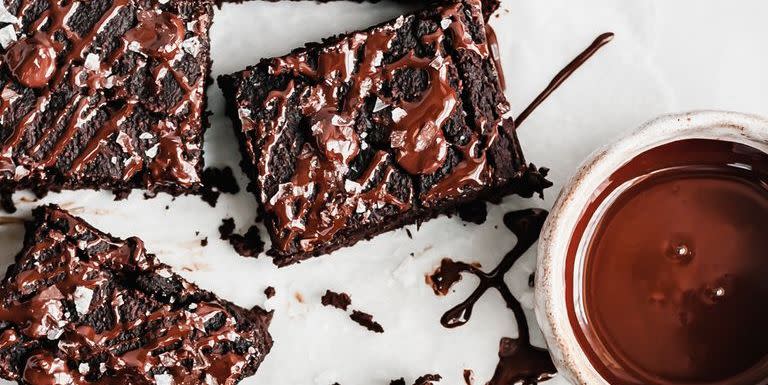