Lard brings to mind traditional meals like flaky pie crusts and fresh Mexican tamales. For many people, it’s also associated with negative health effects such as heart disease, which is why lard has fallen out of favor over the last few decades. But what exactly is lard and is it ever the healthier choice?

What is lard and how is it used?

Ever cooked bacon and saved the grease for something else? Well, then, you’re familiar with lard! Lard is rendered pork fat, which has been strained for a smooth, white fat.

Although it’s not unheard of to spread it on toast like butter, lard is mostly used for cooking. Lard is a star ingredient in some regional and cultural cuisines. It’s used in Latin cuisine to give foods like refried beans, tamales, and empanadas a delicious melt-in-your-mouth texture. Lard is also common in Southern food, and is the secret ingredient for the flakiest pies and biscuits.

Is lard healthy or unhealthy?

Lard is primarily a fat source, and has basically zero protein or carbohydrates. But despite what you might have heard about fats, this is not necessarily a bad thing. Fats are essential, meaning you need them to live. Fats provide energy and also help your body absorb certain vitamins.

Eating fats with your carbohydrates can help prevent a sugar crash later.

You may be familiar with the concept of “good fats” and “bad fats.” When people use these terms they’re usually referring to unsaturated and saturated fats, respectively. In general, unsaturated fats tend to be healthier and can help protect against chronic diseases, while saturated fats are associated with higher risk of heart disease.

What you might not realize, though, is that most fat-containing foods are not made up of only one type of fat. Most foods with fat in them are actually a unique blend of unsaturated and saturated fats.

As you can see, lard has less saturated fat than butter, but more than olive oil. This makes it a pretty middle-of-the-road option in terms of fat choices.

Besides just the fat content, lard can be a source of vitamin D, which is usually pretty difficult to obtain from food.

Is it healthy to cook with lard? What alternatives are there?

There’s no single ingredient that will make or break your health. In an otherwise well-balanced diet—meaning one that has plenty of fresh fruits and vegetables, whole grains, and modest amounts of sweets and fried foods—cooking with lard now and then will not make a huge difference in the healthfulness of your diet.

Olive oil is the healthiest choice out of common cooking fats, but there are some foods where the texture of lard is needed and olive oil is not a good replacement—specifically in Latin foods like tamales and empanadas, or in a pie crust.

The push to reduce saturated fat has led to the rise of common substitutes for lard—such as vegetable shortening. We now know that these substitutes are often made up of partially hydrogenated fats (trans fats) which are associated with higher health risks than the saturated fat they were designed to replace.

This affects certain cultures more than others. Because some cultures traditionally use lard more, they may be facing the choice of choosing between the traditional option (lard), the substitute (vegetable shortening), or avoiding that food completely.

This is why there’s no clear yes or no answer when it comes to lard. The best choice of fat depends on the situation! If you’re making a food that can use olive oil, then go with the olive oil to get the most unsaturated fats. But if the choice is between lard and a vegetable shortening (like in the case of tamales or baked goods), lard may be the healthier choice.

What type of lard should you buy?

The two main types of lard you can buy are fresh lard and shelf-stable lard. Fresh lard is usually just the rendered pork fat, while shelf-stable lard usually contains some amount of hydrogenated fat to preserve freshness.

The fresh, refrigerated lard is the healthiest option. The shelf-stable option could potentially have some trans fats—just like the vegetable shortening—so it may pose some extra health risks than fresh lard.

Where to buy lard

The type of lard you want will help you decide where to buy it. The grocery store will most likely have shelf-stable lard in the international or Hispanic aisle, and there’s a chance they’ll have some fresh lard with the meats. You can also find both shelf-stable and fresh lard at your local Hispanic market.

Another great option is to visit your local butcher, where you can either buy fresh lard or you can ask for fresh back fat so you can render your own lard at home! This is your best bet to avoid potentially harmful trans fats, but keep in mind fresh lard will not keep as long as the shelf-stable variety.

The bottom line: When should you choose lard?

Lard is not made up exclusively of saturated fats, it actually contains a good amount of unsaturated fats as well! And there are certain dishes that require the texture of lard. Using lard in these dishes is a healthier option than a highly processed replacement like vegetable shortening, but lard should still be enjoyed in moderation and you should still make room for more unsaturated fats like olive oil in your diet.

Support from readers like you helps us do our best work. Go here to subscribe to Prevention and get 12 FREE gifts. And sign up for our FREE newsletter here for daily health, nutrition, and fitness advice.

Ollie Dogfood Is Trendy, But Is It Worth the Hype? A Very Discerning French Bulldog Put It to the Test 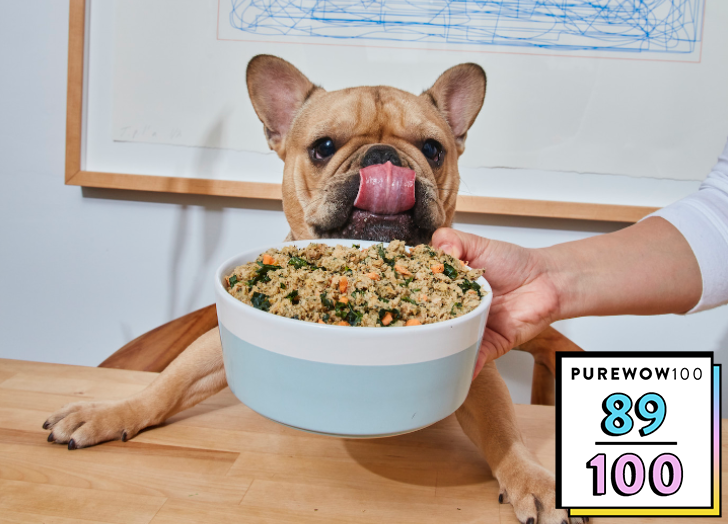