It was in 2010 when the United Nations had published a report highlighting the significance of vegan diet in the future. Now is the time the study is showing its results. Even in India Veganism is growing grounds. Let us know about the details of the vegan diet and how is it different from vegetarianism after all in the article below.

What is Vegan Diet?

The Vegan Society was set up in 1944 and the term was coined, but historically this date is too advanced than the time people started following veganism. It was however in 1944 when a small group of vegetarians broke away from the Leicester Vegetarian Society and formed a Vegan Society in England.

Vegan form of diet does not include any dairy, eggs or other products of animal origin that could happen to deprive the animals of their use.

As per definition, ‘Veganism is a lifestyle that excludes all animal products and attempts to limit the exploitation of animals as much as possible.‘

The Vegan Society as stated above was established almost 70 years ago but the evidence of Veganism has been observed to be as early as 2000 years.

In 500 BC, the Greek Philosopher, Pythagoras promoted avoiding anything made of animals and followed a vegetarian diet.

The term is most of the time used interchangeably with plant-based eaters. These vegans avoid animal products in their diet but continue to use them in other products like clothing, cosmetics etc.

The individuals in this category favor a diet rich in whole foods. These include fruits, vegetables, whole grains, legumes, nuts, and seeds.

One can also call them ‘fruitarians’. These people limit high-fat foods in their diet including nuts, avocados, and coconuts, instead relying mainly on fruit.

What do Vegans Avoid? Food not included in Vegan diet

Vegans do not eat animal drive ingredients including albumin, casein, carmine, pepsin, gelatin, shellac whey etc. The list of products below is a strict No! No! to vegans:

What do Vegans Eat?

There are a lot of dishes that can be relished without animal protein or products in them. These belong to the vegan diet. Take a look at the products below.

Vegans replace animal milk with plant milk or eggs with tofu to get their proteins and minerals. Honey for vegans can be replaced with plant based sweeteners like molasses, maple syrup etc. A large amount of fruits, vegetables and grains is the major chunk of a vegan diet.

Difference Between Vegetarians and Vegans:

The major difference between vegetarians and the vegans is the non consumption of dairy by the latter as opposed to the former.

Vegetarians can consume honey, eggs, and other vegetarian animal products and do not consume meat or seafood at all. Vegans do not consume anything that can pose a threat to the existence of animals or are hazardous to the environment.

How to balance Vegan Diet?

In India, the concept of veganism is new as compared to vegetarian diet followers. Almost 29{c33c21346ff5e26ab8e0ae3d29ae4367143f0d27c235e34c392ea37decdb8bed} of Indians are vegetarians as per various surveys and maximum malnutrition symptoms are seen in vegetarians in our country. Plant based food are full of antioxidants and phyto-nutrients while animal derived food consist of pro-inflammatory fats that take longer to digest too.

Studies have shown that vegans are at a higher risk of having inadequate blood levels of vitamin B 12, vitamin D, long-chain omega-3 fatty acids, iodine, iron, calcium and zinc

But these can be obtained with a properly planned vegan diet. Vegans who wish to enhance their absorption of iron and zinc must also try fermenting, sprouting and cooking foods.  The people can also use iron cast pots and pans for cooking, avoid tea or coffee with meals and combine iron-rich foods with a source of vitamin C to boost absorption. Thus a properly balanced diet with plant milk and sprouted beans can be helpful in gaining the health benefits of being a Vegan.  So one can always keep in mind the health benefits and the environmental benefits and give veganism a shot.

Derita Dairy Bar is back with fresh food and low prices

Tue Jun 8 , 2021
Sponsored by takeOUTside is proudly presented by Charlotte Regional Visitors Authority, our partner as we (safely) explore Charlotte-area restaurants, parks and green spaces. On Juneteenth of 2020 – in the midst of Covid – Devin McDaniel and her two business partners reopened Derita Dairy Bar. After buying it from the previous […] 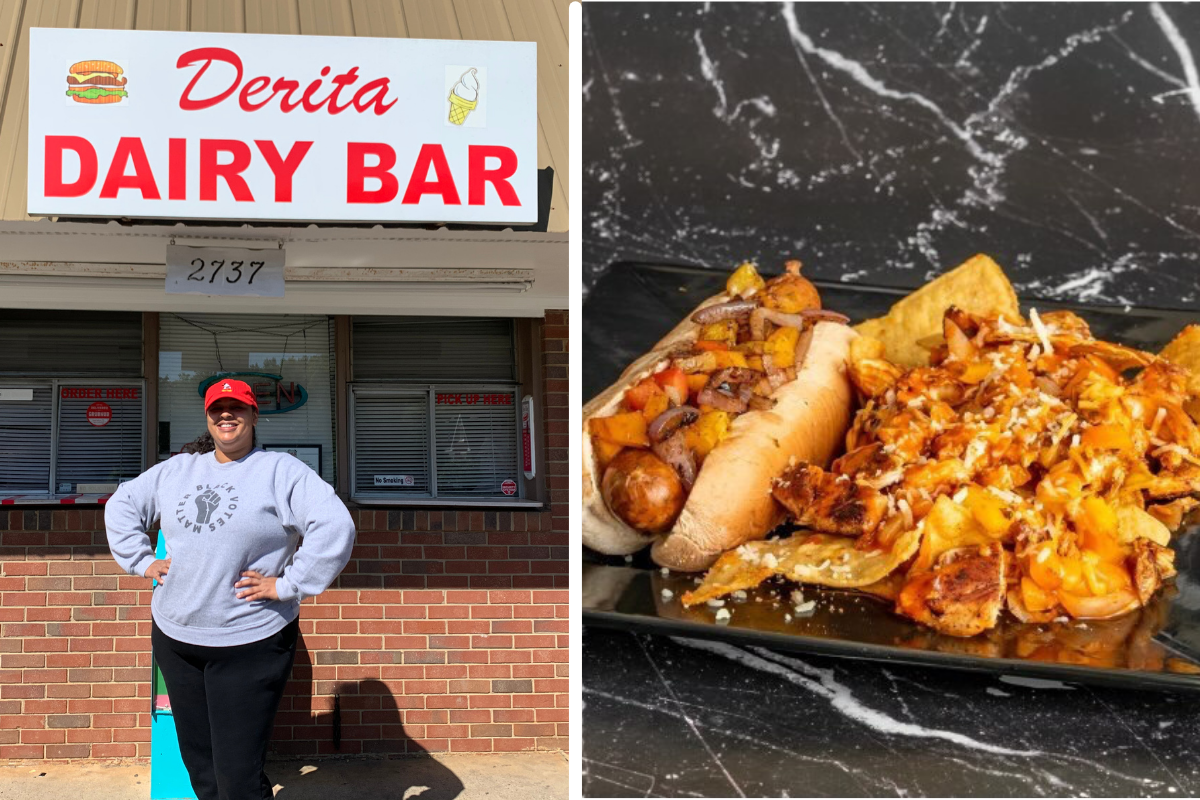