(HealthDay)—If there was an Oscar for “most unhealthy food in a leading role,” many of America’s most popular movies would be serious contenders.

That’s the conclusion of a new review of food content featured in 250 top-grossing U.S. movies. More often than not, the fictional food choices were so bad they wouldn’t make the cut of real-world dietary recommendations, the study authors said.

And the implications are big, he said.

“They solidify a norm that unhealthy foods are common and valued in our culture, consumed by famous actresses, role models and even superheroes,” said Turnwald, a postdoctoral research fellow in psychology at Stanford University in Stanford, Calif.

He noted that other studies have linked viewing alcohol in movies to earlier binge-drinking among teens. And seeing unhealthy snacks makes kids three times more likely to choose the same snack immediately after the movie, the researchers said.

Advertising and commercial entertainment guidelines for food and alcohol content are more lax in the United States than elsewhere because of First Amendment protections, Turnwald noted.

“Producers can essentially show whatever foods they want, regardless of the audience,” he said.

To get a handle on what producers are actually showing, Turnwald’s team analyzed the top-grossing U.S. movies released between 1994 and 2018. Domestic box-office numbers were gleaned from the Internet Movie Database.

Two researchers screened each movie in full, noting food and drink content according to categories outlined by the U.S. Department of Agriculture (USDA).

The report was published online Nov. 23 in JAMA Internal Medicine.

So the movies fell short of national nutrition guidelines with respect to saturated fat, salt and fiber. And the amount of sugar and alcohol depicted was higher, overall, than real-life Americans actually consume, the investigators found.

“These findings present an opportunity for movie producers to be more mindful of the types of foods and beverages that they depict in movies,” Turnwald said. “It’s about knowing that what is on-screen has the potential to influence tens of millions of viewers, particularly children, and making more of an effort to depict healthier options as the status quo.”

That thought was seconded by Samantha Heller, a registered dietician and senior clinical nutritionist at NYU Langone Health in New York City.

The danger, Heller said, is that “the public feels that if someone is successful, and they copy that behavior, they magically become more like the celebrity they admire. Of course, this is not true and celebrities are not health professionals.”

Heller acknowledged that food choices in movies are influenced by the story and dictated by a complex calculation based on character, culture, location and era. Still, “influencers should try to be role models for healthy behavior,” she said.

“As parents, caregivers, educators, we can adopt healthy dietary patterns and make sure our families understand the importance of healthy eating,” Heller added. “This way when unhealthy behaviors are depicted in movies, they can be viewed as part of the story and not behavior we should imitate.”

More information:
There’s more about healthy eating at the USDA.

This document is subject to copyright. Apart from any fair dealing for the purpose of private study or research, no
part may be reproduced without the written permission. The content is provided for information purposes only.

3 Recipes For Cooking Up A Scaled-Down, Low-Key Thanksgiving Meal : NPR

Mon Nov 23 , 2020
Thanksgiving is going to look different for many Americans this year. As the coronavirus pandemic rages, the Centers for Disease Control is warning against traveling to see friends or family, or even gathering with people who do not live with you. Thanksgiving is a holiday most people associate with sitting […] 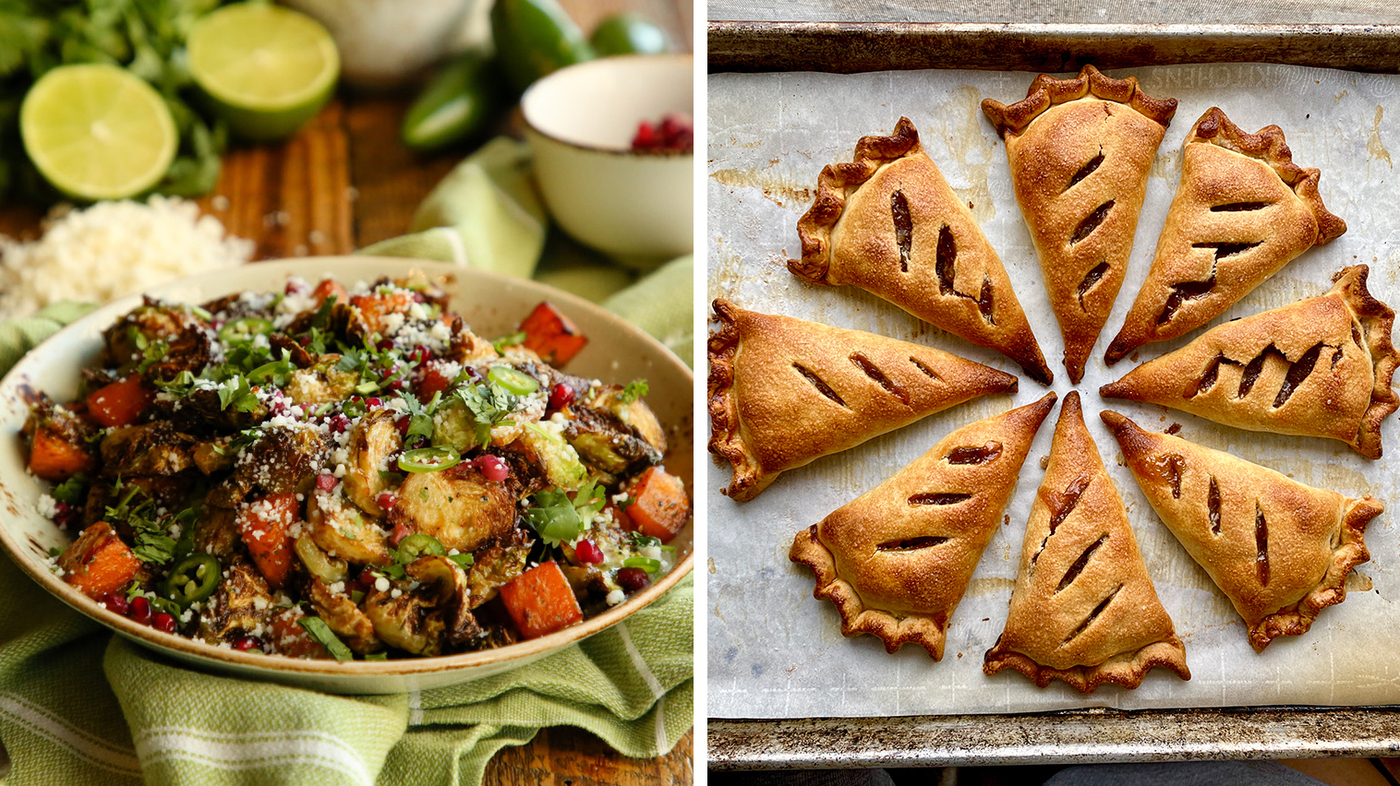