Singer Keke Palmer is getting heat for a tweet implying that people on food stamps don’t eat healthily or should only eat healthily.

“Imagine if your EBT card could only work on healthy items,” Palmer wrote tweeted on Monday. The acronym refers to the Electronic Benefits Transfer system that allows people with no or low income to buy food using the Supplemental Nutrition Assistance Program (SNAP).

Palmer later clarified that she meant anyone using food stamps should get healthy foods for “free,” but many thought Palmer’s comment was tone-deaf and an insult to the challenges faced by people use SNAP. The program already prevents users from using food stamps to buy alcohol, vitamins, and prepared or hot foods.

Twitter users set out to correct Palmer’s apparent misconception that people who use SNAP choose to eat unhealthily and must be ashamed of their choices, something author Ijeoma Oluo addressed in an essay shared to Medium in 2016.

“That is what we are saying, when we talk disdainfully about poor people buying lobster and steak, or nice phones, or new clothes,” Oluo wrote at the time. “We are saying, you are not sorry and ashamed enough. You do not hate your poor existence enough. Because when you are poor, you are supposed to take the help that is never enough and stretch it so you have just enough misery to get by.”

One user shared a link to the essay in response to Palmer’s tweet. Some pointed out that at times, it’s simply a matter of access.

“People can use Snap/EBT at farmer’s markets in a lot of locations to get fresh fruits/veggies for reasonable prices,” one user wrote. “Problem is most farmers markets don’t set up stands in low income neighborhoods.”

“A lot of poor people lack transportation and they barely put grocery stores in the hood. Sometimes their only option is to walk/bus to little corner stores and get food,” another user wrote. “Unless they take 2-3 buses to Whole Foods or Kroger.”

Some couldn’t fathom why Palmer wrote such a tweet first thing in the morning.

“So you woke up today and chose violence?” one person wrote. “What solutions are you offering to make sure they get access to healthy foods?”

“You woke up with this on your heart and that is disturbing,” responded another user. “Do you exclusively eat whatever it is you deem to be ‘healthy’?”

Some accused her of trying to control what poor people eat. “Further means testing & controlling poverty? Poor people can’t have a snickers,” wrote one user.

Palmer did not directly respond to comments but quote-tweeted some of them to share her response. She wrote in one tweet, “No I’m telling you any produce or fresh meats they should get free! Period.”

She added in another post, “Lol I’m saying why try to focus on the healthy food when everyone just listed other things they care way more about? I’m saying focus on that instead of what I said and now I’m wrong again? I feel like you just wanna be mad at me lol.”

Palmer also shared an update on her Instagram page with further “context.” She shared that she recently transitioned to a healthier diet and realized how expensive it is.

“Healthy food is more expensive for a reason. It’s fresh, good for you and gives you energy. Bad foods are bad for a reason,” she wrote. “In any event imagine if you could get whatever healthy foods you wanted on your EBT card. Like all the healthy foods could swipe for free. Pretty much a reward for being healthy but even more so giving homes a break that want to eat healthy but can’t afford it!”

But she received a similar backlash on Instagram. “Let people in low income households and poverty enjoy a Little Debbie snack sis,” one user wrote. “Please.”

Samira Sadeque is a New York-based journalist reporting on immigration, sexual violence, and mental health, and will sometimes write about memes and dinosaurs too. Her work also appears in Reuters, NPR, and NBC among other publications. She graduated from Columbia Journalism School, and her work has been nominated for SAJA awards. Follow: @Samideque

Tue Nov 10 , 2020
Diwali 2020: Here are some of the best traditional Indian desserts to try this festive season Highlights Diwali 2020 is just around the corner Diwali is celebrated with lots of sweets and snacks Here are 9 best Indian sweets for Diwali that you can try at home One of the […] 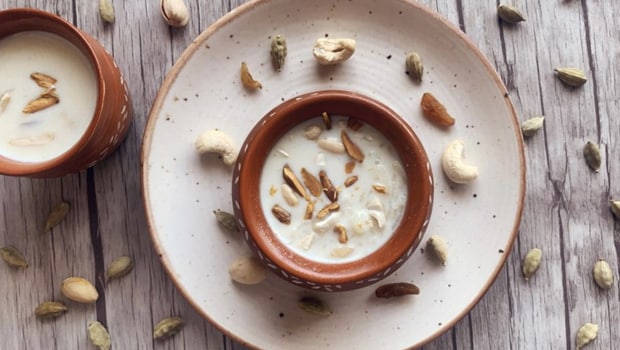