The sun was already starting to go down and I still had no idea of what to make for dinner, which is kind of embarrassing if you write about food.

One of the things I learned while I was in the Navy is not to panic if your ship is sinking and mine appeared to be taking on water.

Support local news coverage and the people who report it by subscribing to the Napa Valley Register. Special offer: $5 for your first 5 months!

So, I calmly checked my shelves to make sure I had an onion and garlic (check yes), which is the start to just about anything. The other items I needed were a well-stocked spice rack (check yes), plus plenty of leftovers (check yes). Yes, I had all the makings of soup, and I didn’t need to drive to the store.

I could have also made some vegetarian tacos because I had plenty of tortillas in the refrigerator ready to deploy, but gloomy skies and the chance of rain seemed to require hot soup.

I first describe the soup I scrounged up and then a couple of easy soups that you can also quickly put together.

Soup Out of Nothing

We’re adding something, of course, but we’re consuming leftovers that you already have and paid for, so, really, this costs you almost nothing.

At the farmers market, I had bought a butternut squash that I split in half and roasted, serving half of the chunks with pork tenderloin. The day before I had roasted a bunch of carrots from the farmers market, massaging them with some salt, nutmeg and za’atar (there is a culinary herb of this name, but this is a Middle Eastern spice mixture of dried thyme, oregano, sumac, toasted sesame seeds and salt) to boast the flavor.

I also had half of a yellow onion leftover from making tacos a few days earlier. By combining all these previously cooked vegetables with stock and more seasoning I’m building flavors on top of flavors. Yes, it is like the Food Gods pointing the way for me to create a great soup.

½ of a roasted butternut squash, maybe 2-3 cups (or you could use any hard winter squash or a couple of sweet potatoes and roast them ahead of time). I roasted it with nutmeg and plenty of salt and a little butter at the end

5-6 roasted carrots, cut into half-inch pieces (no, I didn’t peel them before they roasted, but I did clean them thoroughly. There is nutrition in the peel and by the time they are done cooking, no one can see the peel. Removing the peel is just a fashion statement.) I roasted these with salt, the same smoked paprika as below and za’atar.

3 cups or more of chicken stock or use water

1 tablespoon or more of cider vinegar or Sherry vinegar

Heat oil in a large saucepan or Dutch oven over medium-high heat. Add onion and sauté, stirring often for 3 minutes or until tender. Add garlic and stir until you can start to smell it warm up, and then add the cooked squash, carrots, and stock. Stir often as the mixture heats up. Then add paprika, curry powder, cider vinegar and a hefty pinch of salt. Cover, reduce heat to simmer and cook about 20 minutes or until vegetables are starting to fall apart. Pour half of the soup into a blender and pulse until smooth and repeat until the soup is velvety. I use an immersion blender (basically a propeller on a stick with a motor and sometimes you see it listed as a stick blender) and keep moving it around until the soup is velvety smooth. Taste the soup and add more salt or a dash more vinegar to brighten the taste. You shouldn’t be able to taste either one; these are to simply brighten all the tastes in the pan. Serve in bowls with a few chopped chives or cilantro on top as contrast.

Italians are masters of making a simple dish tasty: of course, that’s born from a long history of the average citizen often not having much to eat. To break up that monotony, I often think that’s why there are so many feasts and festivals. Carol Field, who was known for her books on Italian baking, also wrote “Celebrating Italy,” which features foods from feasts and festivals throughout the country. The softbound book that I have clocks in at 530 pages of recipes with almost no artwork. As Ms. Field wrote, “every day, somewhere in the country, people were celebrating.”

In Italy, the citizens of Tuscany are known as mangiafagioli  — “bean eaters” — because they consume so many dried beans of all kinds and I found this recipe (not sure from where: my filing system of tossing printouts and torn out pages into large files is a little shaky) when my wife and I were in Florence many years ago.

When I went online to see if there were better versions, I ran into recipes that called for red kidney beans, kale stems, pasta shells and Gouda, Asiago and mozzarella all dumped into the stockpot. It felt like they were trying to make something simple into a complex soup, when really this is just a few good ingredients.

I use Rancho Gordo beans, not that I am on their payroll, but because their beans are fresh. Like a great wine, they sell so well that certain types run out and you must wait until the next harvest to buy them. With beans in the supermarket, you don’t know how long they’ve been there, and you don’t know how long the beans sat in a warehouse before they shipped here. The older the beans, the more dried out and longer they need to cook. Sometimes they never really taste done.

1 ½ cups dried cannellini bean (yes, you could use canned but if you have fresh beans, it’s worth the effort)

Rinse, then soak the beans in water to cover for 12 hours. Drain and set aside. Combine the ham bone, chopped garlic, and sage in a deep saucepan. Add 3 tablespoons of the olive oil and cook over low heat until the garlic is golden (but don’t let it get too brown or it will turn bitter.) Add the celery, tomatoes, beans and stock, then bring to a slow boil.

Reduce the heat to low and simmer until the beans are tender: about 2 hours but start tasting the beans before then to see if they have turned soft. Remove the ham bone and season the soup to taste with salt and pepper. Remove half of the beans and puree them or use an immersion blender to smooth most of the beans but leave some for texture.

While the soup is cooking toast the bread in an oven until golden. Rub the toast on one side with the whole garlic cloves and place one in each of the soup bowls, garlic side up. Drizzle the remaining 3 tablespoons of olive oil over the toast and then sprinkle with a little pepper. Pour the soup in the bowls and serve immediately.

I got the idea of this spicy soup, sort of a cioppino but without Dungeness crab meat, from a recipe card I picked up in Williams-Sonoma years ago. The seafood selection is up to you. More shrimp if you like, cutting back on the mussels, or you could add crab meat if you just happen to have some on hand. The halibut and shrimp could be from the frozen food section of your grocery, and not add the fresh mussels. As always, it’s your dish, make it the way you want it.

10 crostini, toasted golden in the oven

Place a large stockpot or Dutch oven over medium heat and warm the olive oil. Add the sausage and cook, turning occasionally, until browned, about 8 minutes. Use a slotted spoon to transfer the sausage to a plate, leaving the oil in the pan. Add the onion, fennel and garlic to the pan and cook, stirring occasionally, until tender and golden, about 10 minutes. Stir in the wine and simmer until reduced to about 1 tablespoon, about 2 minutes. Stir in the tomato paste and saffron threads.

Return the sausage to the pan. Add the stock, tomatoes and orange zest and bring to a boil. Reduce the heat to low and simmer for 10 minutes. Add the halibut, stir gently, cover, and cook for 3 minutes. Add the shrimp and mussels, stir gently, cover, and cook until the shrimp are opaque and the mussels open, about 3 minutes. Discard any mussels that did not open. Season with salt and paprika. Ladle the soup into warmed bowls, garnish with parsley and serve with the toasted crostini.

Check out the week in cartoons

The county honored 11 people who have survived crime and officers who advocate for victims.

John and Michele Truchard have signed the papers, becoming the new owners and stewards of the Napa Valley Opera House. What’s next for the his…

The lawsuit pits a man who raised two cats for five years against Whiskers, Tails & Ferals, which he alleges adopted out one of the pets w…

A Raising Cane’s Chicken Fingers restaurant will not be coming to Napa after the Napa City Council upheld an appeal of a proposed drive-thru.

This $25 million estate is Napa Valley’s most expensive home for sale.

A proposed plan to reduce homelessness across the Bay Area by 75% in next five years prioritizes supporting those at risk of homelessness.

An international glass shortage has been impacting winemakers and brewers of all calibers, including Napa’s hobby vintners.

Ken Morris has been cooking for comfort for more than 30 years and learning in kitchens from Alaska to Thailand to Italy. He now cooks and writes from his kitchen in Napa. Email [email protected]

How Maggie Edwards changed her relationship with food | Itawamba 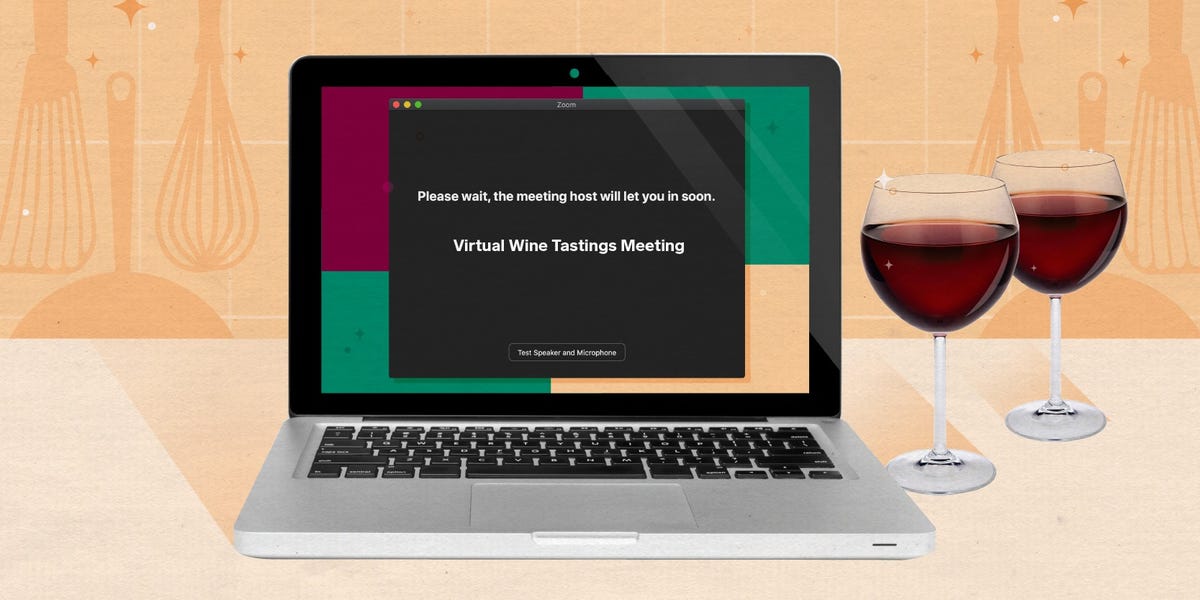 How businesses create successful virtual experiences during a pandemic