Los Angeles County public health officials, in a move that could signal tougher enforcement of coronavirus reporting rules, ordered the closure this week of three food distribution facilities that they say failed to report outbreaks that sickened more than 140 employees.

The action highlights the Department of Public Health’s new enforcement measures, announced last week, which include fines as well as closures of businesses as a surge of infections intensifies across the county.

The companies targeted this week are S&S Foods in Azusa, with 58 confirmed cases; Golden State Foods Corp. in Industry with 43 cases; and Mission Foods Corp. in Commerce, with 40 cases, according to the county Department of Public Health.

“They have significant outbreaks amongst their employees,” said Barbara Ferrer, director of the health department, during a news conference Monday. “We were not notified — as we’re required to be notified once they had their three cases — and our inspectors have asked them to make some modifications to really enhance their infection control protocols at all three sites.”

Golden State Foods was allowed to open Monday night after it complied with county requirements. Mission Foods has submitted required information to the Health Department, which was reviewing it as of Tuesday night. S&S Foods remains closed.

Representatives at S&S Foods and Mission Foods did not respond to requests for comment.

The heightened enforcement comes as the pandemic intensifies across Los Angeles County. At least 246 businesses, restaurants, colleges and government offices in L.A. County have seen three or more confirmed COVID-19 cases among their employees since the outbreak began. As of Tuesday, 3,119 employees at these sites had confirmed cases of COVID-19, according to the health department.

This includes large outbreaks at L.A. Apparel, where more than 384 workers have been sickened at three sites in Florence, and at the Farmer John plant, a division of Smithfield Foods that produces Dodger Dogs and other pork products, where 220 workers in Vernon have been confirmed to have COVID-19.

The companies cited for closure failed to follow a rule requiring them to notify the county of three or more infections among workers, but some companies have complained that they weren’t aware of the rule, which has been in place since at least June 11. All three facilities’ outbreaks were reported through the public health department’s anonymous complaint line.

In late August, the county Department of Public Health will start issuing noncompliant businesses with fines ranging from $100 for the first offense to $500 for additional offenses — and a 30-day permit suspension after multiple offenses.

“Essential workers keep our economy moving, our shelves stocked with food, our hospitals clean — and they continue to do honorable work,” Solis said in a statement. “I urge employers to review guidance from the Department of Public Health so they can fulfill their duty to their workers to keep them safe and healthy.”

Brian Dick, executive vice president and chief operating officer for Golden State Foods, said the company was unaware of the county’s requirement that outbreaks of three or more cases must be reported until county public health officials did a routine inspection of the plant on Friday. After the company met the specific reporting requirements, county public health officials lifted the order that had closed the plant.

The 450 workers at the facility — who make sauces, dressings, syrups, condiments and toppings for major fast-food restaurants including McDonald’s — are required to wear protective masks, have their temperature checked and answer a questionnaire about any possible contact they’ve had with the virus before entering, among other precautions. Workers in the factory are not required to be within six feet of each other, with many of them operating robots as opposed to working side-by-side, Dick said.

He said the company doesn’t believe the outbreak necessarily had anything to do with the way the facility is run because there were no clusters of cases among people who work closely together. The cases were spread across people with varying jobs, Dick said.

Employees receive sick leave and paid time off are encouraged to notify the company if they’ve been in contact with someone with the virus, he said.

“Golden State Foods is not the kind of company that would think any less of anybody who is either staying home because they’re sick, because there’s a family member who’s been sick, or just as a precautionary measure,” Dick said.

There were no fatalities among the 43 people who tested positive for the virus, he said.

S&S Foods, which produces meat and other food products for large-scale food service companies, recalled 153,630 pounds of frozen ground beef after an E. coli outbreak in 2008.

Mission Foods is a leading distributor of tortillas, chips and salsas sold in grocery stores.

Wed Jul 29 , 2020
I’ve always hated cooking. My mother thought it was drudgery; her mother felt the same. As for me, a tech worker, I hid in my profession’s disdain for inefficiency. The calculus of exchanging time or money for feeding my family never balanced in cooking’s favor. For a perfectionist like me […] 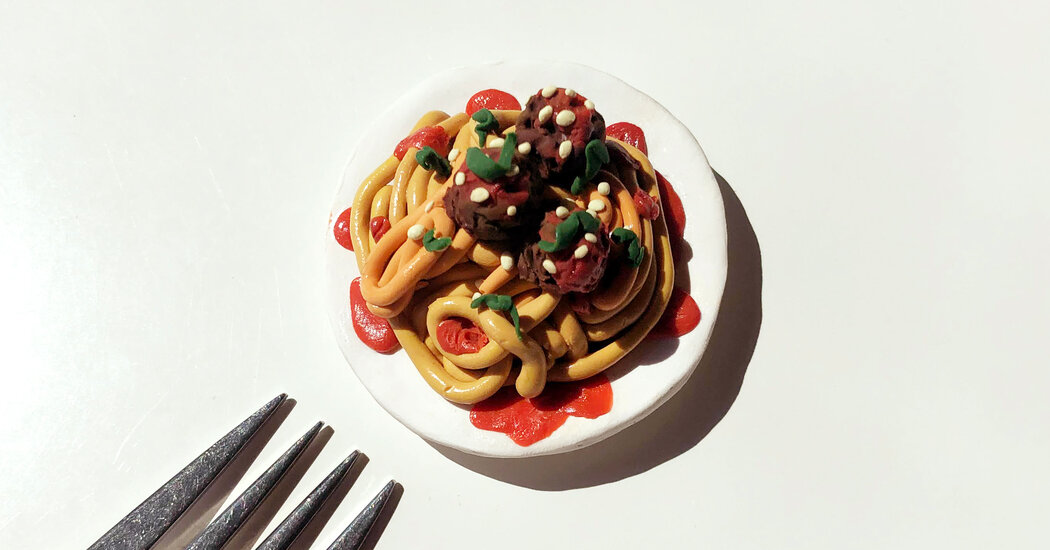